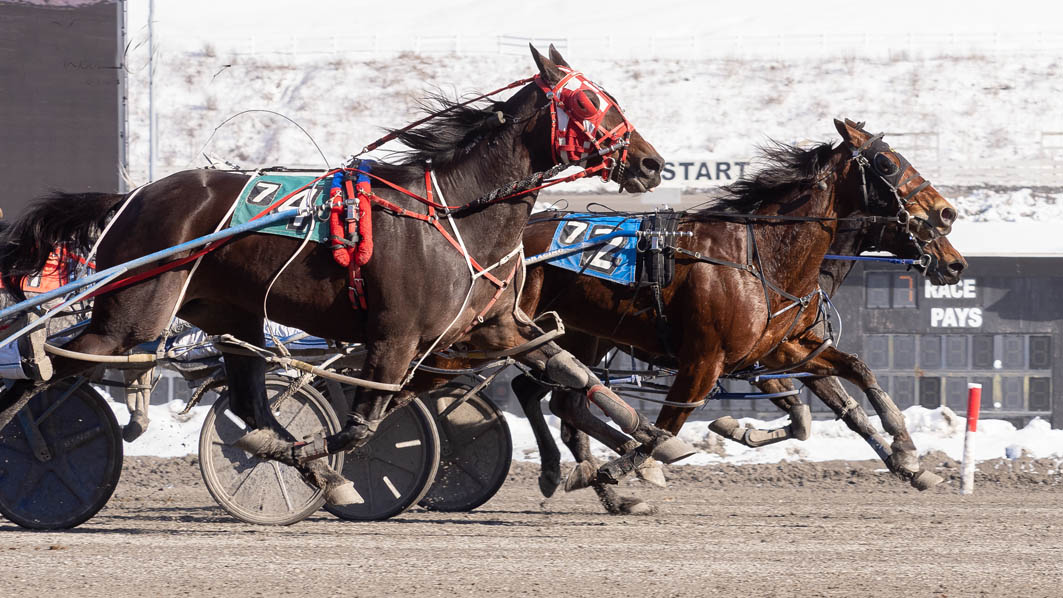 CHALLENGED inside and out Hereslooknatyou dug in late to complete a narrow victory in last night’s co-feature at The Meadows.

Hereslooknatyou made an opportunistic quarter-pole move to the front when the break of All Day Sunshine opened a path.

But her work wasn’t finished, as Amelia’s Courage shot the Lightning Lane and Circle The Page loomed large outside off the final turn.

The New Zealand-bred daughter of He’s Watching found more for Jim Pantaleano and edged former Australian mare Amelia’s Courage by a head over a sloppy surface.

Circle The Page was a close-up third.

In Monday’s co-feature, Conditioned Trot, Mary Mag Delene made a successful local debut, rolling to a facile 1:56.4 victory, just a tick off her lifetime best.

Pantaleano and Palone each collected three wins on the 13-race card.

Talented youngster to continue to “tread water”...
Craven’s ‘A’ game shows plenty of Muscle
Triple Group One star trying her luck in Sydney
The night Hancock decided not to win Miracle Mile
About author