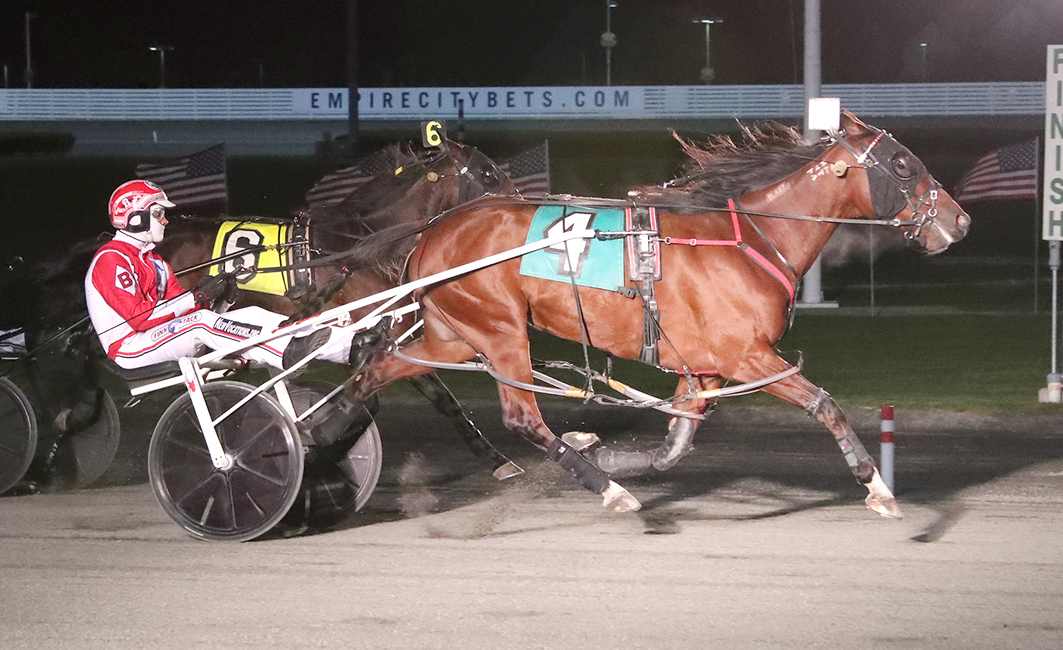 Kiwi mare too slick at Yonkers

In play from assigned post position four, Kaitlyn stung Write Me A Song, releasing that one before a chilly, 26-second opening quarter-mile.

Odds-on pole-sitter Lady Dela Renta was cutting her own mile in third.

It was after a 55.1-second intermission and 1:23.1 three-quarter interval when Kaitlyn edged from the pocket, Lady Dela Renta in behind.

Write Me A Song had a diminishing three-quarter-length lead off the final turn, with Kaitlyn closing.

The latter, which was driven to victory by Jason Bartlett, whipped the form by a nose in 1:53.3.

For Kaitlyn, a daughter of American Ideal co-owned by trainer Richard Banca, Barbara and James Boese, it was the third choice’s fifth win in 21 seasonal starts.