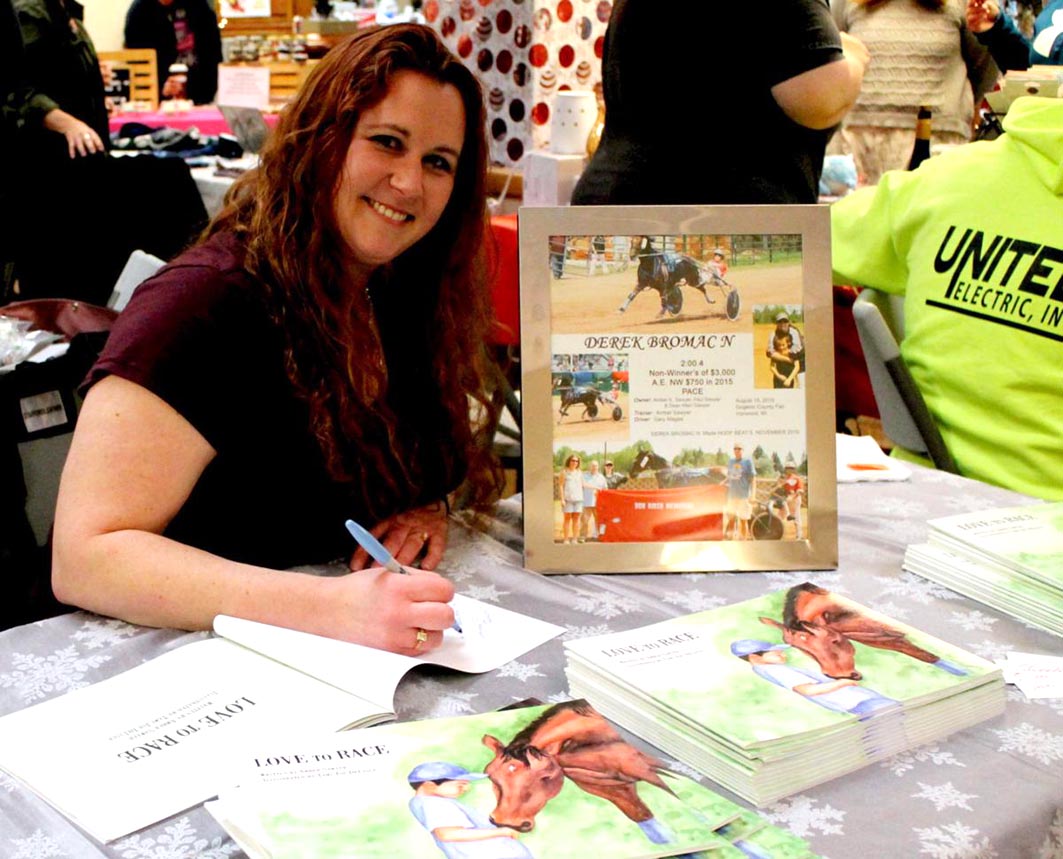 AMBER SAWYER signing copies of her book about Derek Bromac

NEW Zealand-bred pacer Derek Bromac enjoyed a long career on racetracks in both his native land and the United States — a career that...

NEW Zealand-bred pacer Derek Bromac enjoyed a long career on racetracks in both his native land and the United States — a career that stretched longer than most.

Injury ended Derek Bromac’s career as a 13-year-old which saw him sent to Wisconsin with Amber Sawyer to recover, but his heart never strayed too far from the racetrack.

“I wrote about his amazing life shortly after he won for the last time, then put it in a folder on my bookshelf,” Sawyer said.

Five years after Derek Bromac’s final win by way of a 2:00.4 mile in an $845 conditioned pace at the Ironwood fair in August 2015, Sawyer decided it was time to share that story with the world.

So with racing on Wisconsin’s modest county fair circuit on hiatus for the summer of 2020, Sawyer — who has eight driving and 87 training wins to her credit — found herself with the opportunity to bring that manuscript to life.

“This spring, when COVID was in full blast, I really needed something positive and happy in my life,” Sawyer declared.

“I came home and decided to make a phone call and see what I needed to do to get the ball rolling.”

Since its public release a few weeks ago, Sawyer has sold approximately 300 copies of the book, largely through a variety of establishments in and around her home town of Mayville.

While Love to Race may not have been Sawyer’s first foray into published writing — her work has also been featured in Hoof Beats — it may well be her only book.

“I haven’t honestly thought of anything that can top this one,” Sawyer said. “This true story is told from my heart, and is something that will never happen again.”

Bonuses for breeders and owners
Freshmen to extend perfect records
Our man humbled by prestigious award
From national hero to international icon?
About author