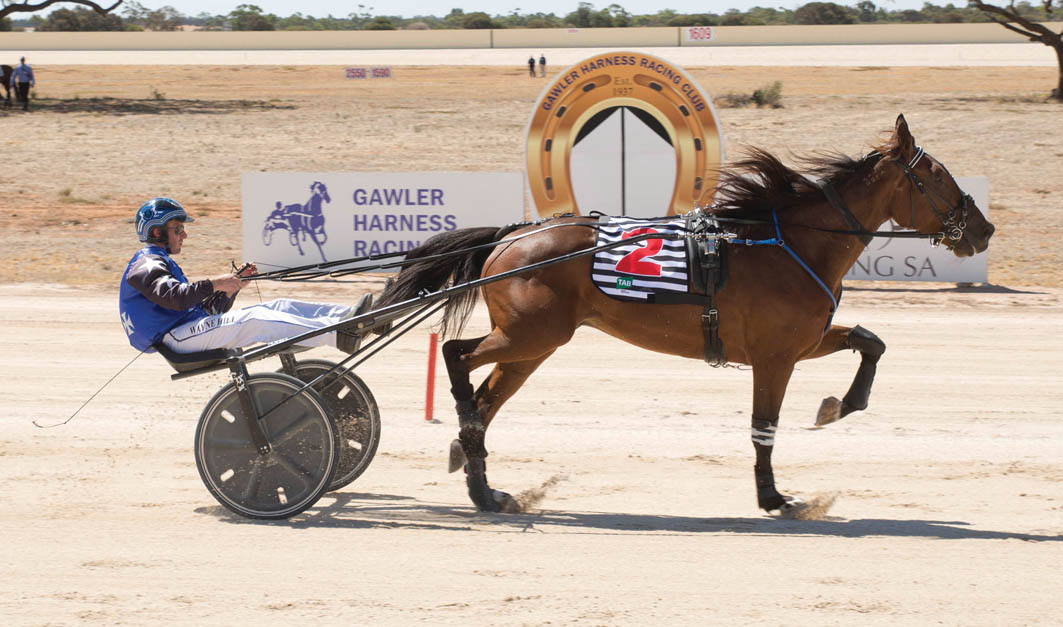 Last appearance as a local

A PENDING sale is likely to result in Saturday night’s Globe Derby appearance being Skyflyer’s last as a local. Engaged in the Gramel Trotters’...

A PENDING sale is likely to result in Saturday night’s Globe Derby appearance being Skyflyer’s last as a local.

Engaged in the Gramel Trotters’ Cup, Skyflyer is poised to be sold to Queensland interests within the next few days according to trainer Chris Neilson.

Neilson, who co-owns the gelding, explained the fine details of Skyflyer’s transfer are being arranged.

“We’ve had some inquiries from interstate,” Neilson said. “At this stage, as long as everything goes smoothly, he will be sold to race in Queensland.

“If for some reason the sale doesn’t go ahead, we will send him to Victoria to be trained by Lisa Miles as there are more options for him there than here in South Australia.

“This will be his last run for us either in South Australia or for good.”

Triumphant in last weekend’s Gawler Trotters’ Cup, Skyflyer is one of three runners drawn along the front line in the feature which honours arguably the greatest trotting mare produced in the southern hemisphere.

Neilson used a ‘lift’ from concession driver Brodie Webster to help the son of Skyvalley avoid a handicap.

“With the claim he gets a lift, which will see him begin from the outside of the front line like he did last week,” Neilson said.

“He went very well in Gawler and has trained on great since.

“If he can step and go to the front again he will be a big chance of leaving SA on a high note.”