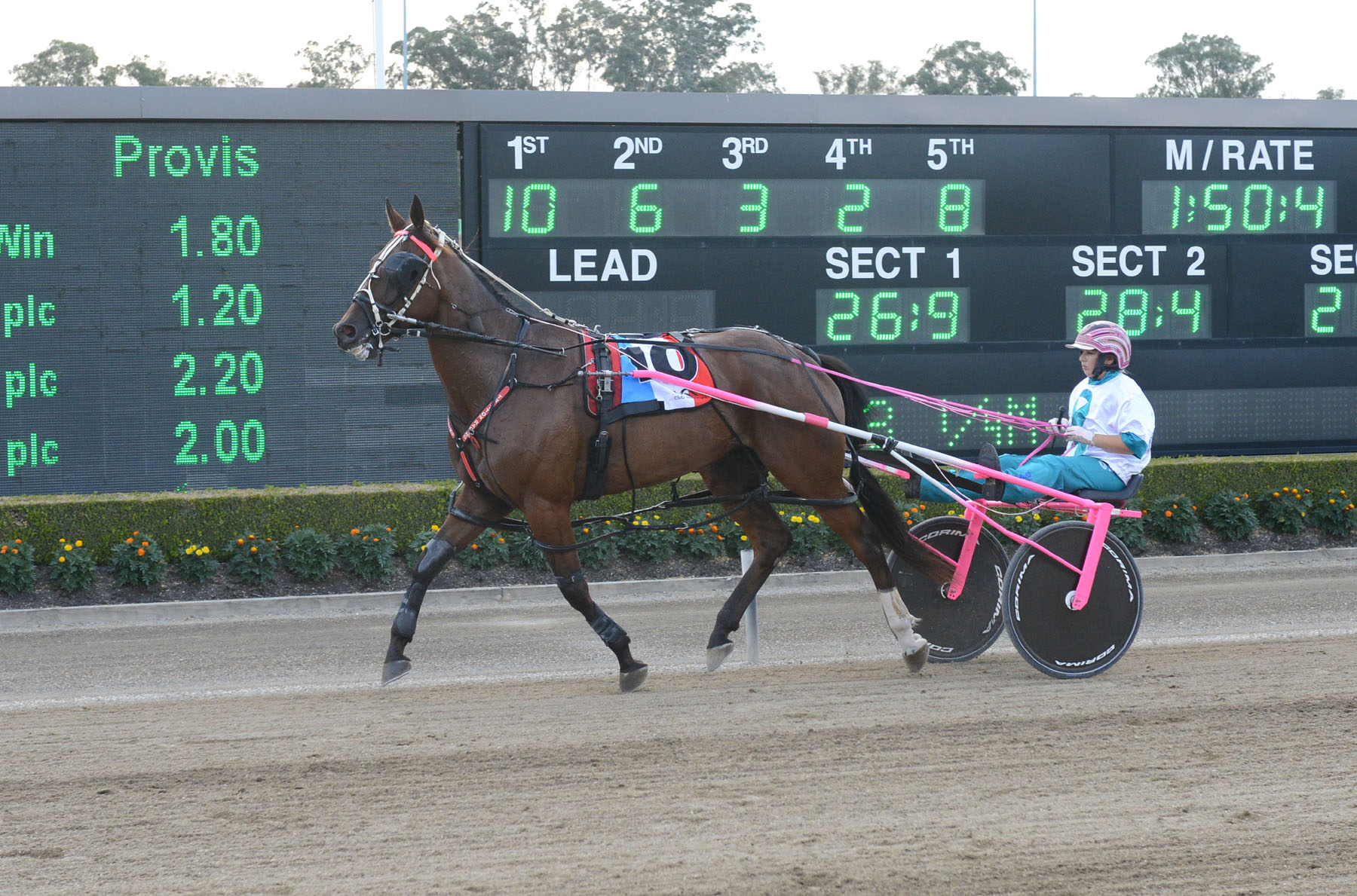 Lauren and Love to put the speed on

A record-breaking run, stopping the clock at 1:48.7 seconds in last Saturday’s Miracle Mile prelude has given Shane and Lauren Tritton’s Anything For Love a huge confidence boost leading into Saturday’s big race.

The barrier draw was kind as the five-year-old gelding will start from gate three, but without the emergency, he will take his place on the outside of Tiger Tara in gate two.

It’s sure to be a battle for the early lead between the two inside runners.

Lauren, who will drive Anything For Love in the Miracle Mile, was thrilled with the horse’s starting position.

“It’s a super barrier draw and we’re really happy to be in it,” she said.

“I’m going to have to drive aggressively and be super-fast off the gate.

“I’m going to continue the way I usually drive.”

If Tiger Tara does prevail and shoot to the lead Lauren said she would not be disheartened.

“Things change in a race so we’ll race to suit the conditions.”

Tritton noted the dangers in the race.

“Anything drawn from one to six is going to get a super run,” Lauren said.

“Tiger Tara and My Field Marshal will be right on the speed.

“I’d never bag Lazarus either – Mark Purdon can turn things around quickly for him.”

As she proved last Saturday, Lauren will be difficult to catch if she can take off quickly and dictate the pace of the race.