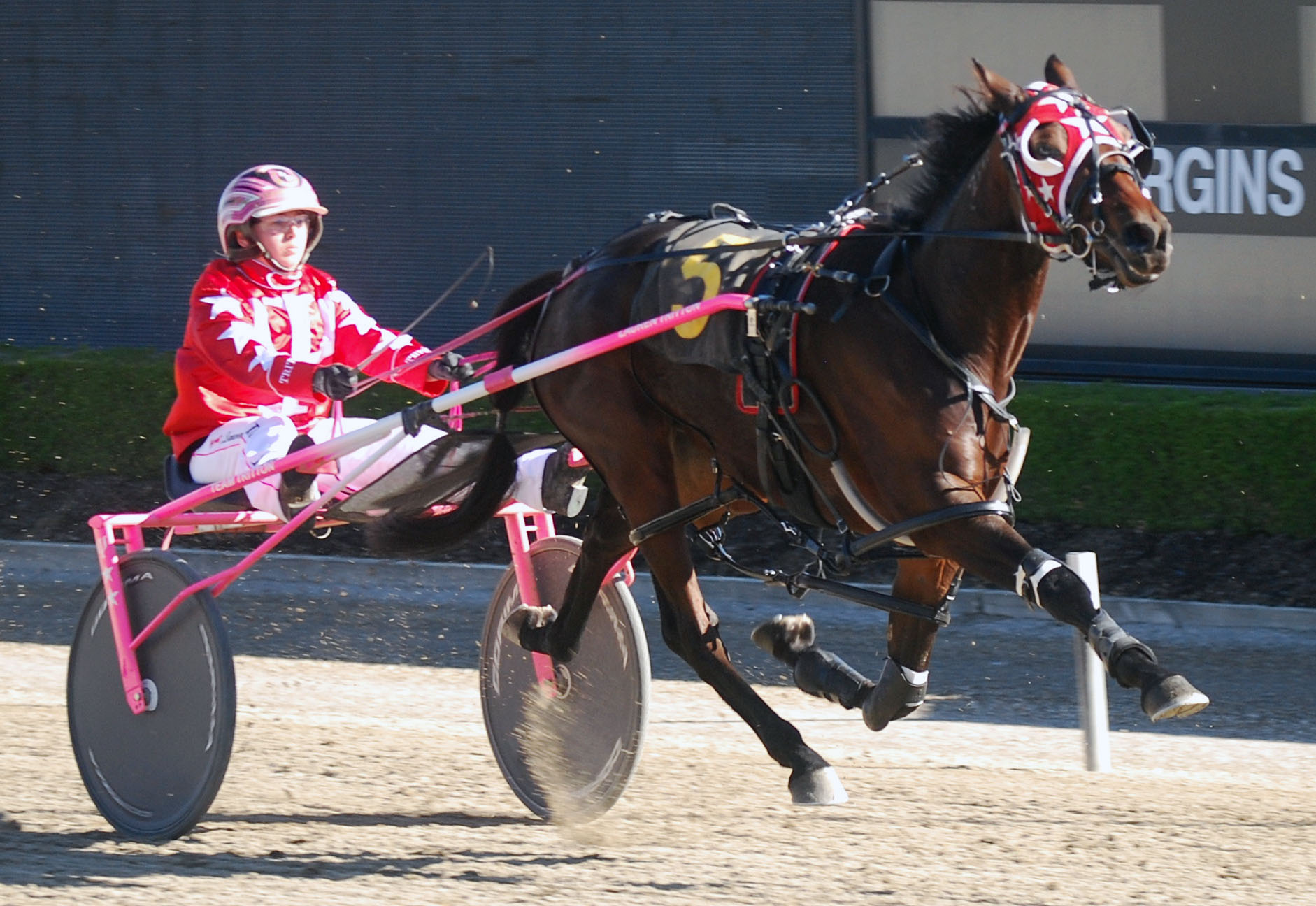 Lauren starts early to get in mood for Jewels

THERE has been a change of plans for ‘Team Tritton’s’ attack on New Zealand’s Harness Racing Jewels with driver and co-trainer Lauren Tritton jetting...

THERE has been a change of plans for ‘Team Tritton’s’ attack on New Zealand’s Harness Racing Jewels with driver and co-trainer Lauren Tritton jetting out to the Shaky Isles a day earlier than planned.
The Group 1 winning reinswoman arrived in the North Island on Tuesday to put the final touches on Platinum Revolution and Petes Big Jim ahead of their upcoming feature assaults.
“I was meant to fly out on Thursday but I changed my flight so that I could drive both horses in fast work,” Tritton said.
“I like to drive them in track work too because you get a better gauge of where they are at.”
And that has been the case with ‘Team Tritton’s’ recent stable acquisition Petes Big Jim.
The gelding was transferred to their stable just over a fortnight ago and will face his biggest test to date when he lines up on the Two-Year-Old Emerald at Cambridge Raceway this Saturday.
In preparation for this he won a trial at Menangle in 1:53.5 – more than six seconds quicker than any race he has won.
“I really like him,” Tritton said.
“After driving him we’ve changed some of his gear and hopple length and we’re really happy with where he is at.”
Petes Big Jim has drawn barrier one in his $NZ150,000 test and so did his new stablemate Platinum Revolution in the Two-Year-Old Diamond.
And Tritton will be making the most of these draws.
“I don’t want to go home with a hard luck story,” she said.
“They are both talented two-year-olds and both drawn well so well so we have to make the most of it.”
Shane Tritton claimed Platinum Revolution was “the best two-year-old filly I’ve ever had!”
“She’ll definitely hold the front . . . the track favours inside runners so if we get to the front we can control our own destiny.”
Back home, Team Tritton will rely on Lachie Manzelmann, who has also landed the top drive on Yayas Hot Spot at Menangle on Saturday night, while Anthony Butt will also drive for the stable that night.
For the record, only 12 Australian horses have taken part in the Harness Jewels in the past 11 years.

Polly’s perfect record eases pressure
Adams takes role as NSW new chairman of stewards
Frenning’s bitter-sweet relationship with appeals...
Girl Power to the fore for a great cause
About author