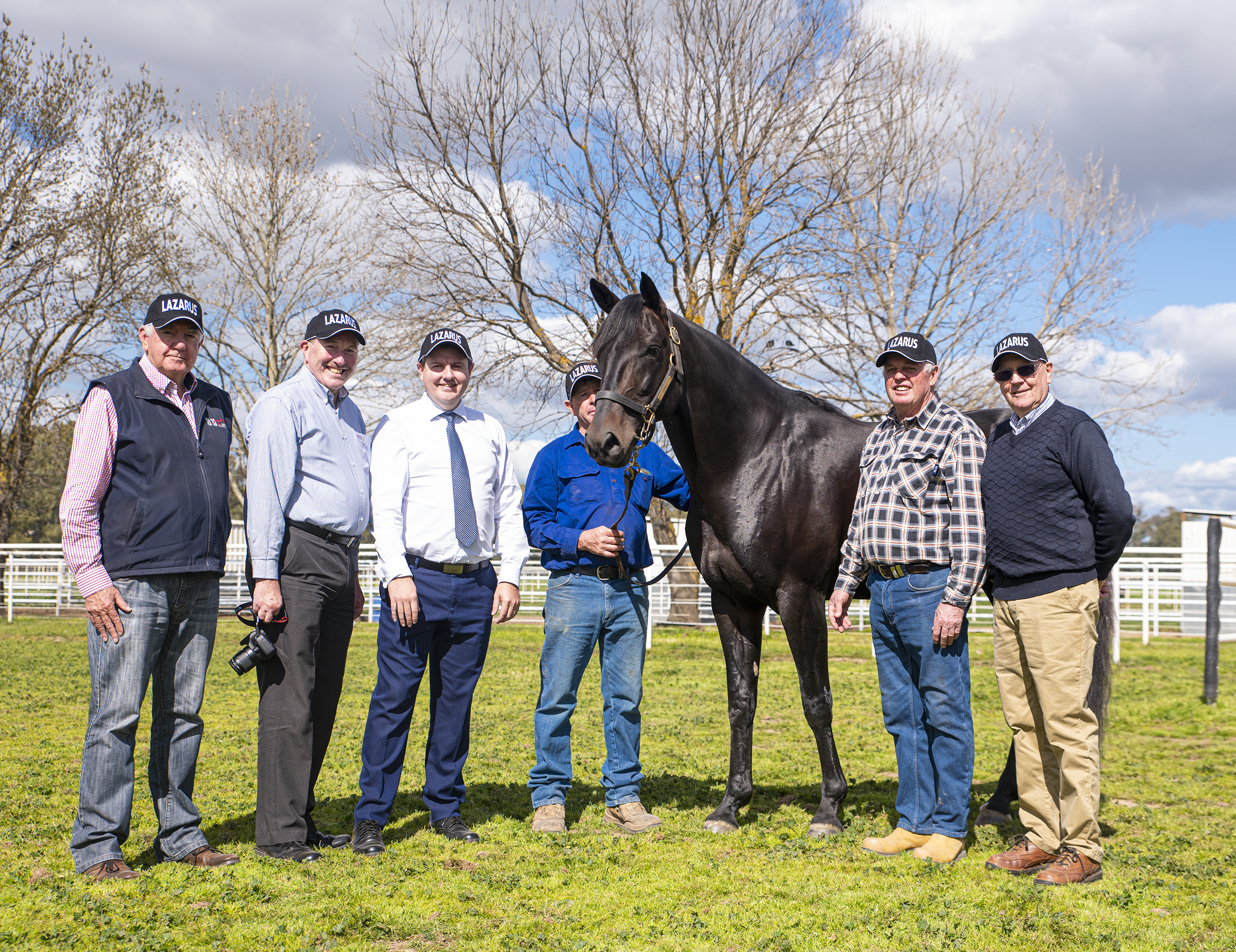 MR POPULARITY: Lazarus with members of the Club Menangle board and Yirribee's Roger Strong and Rod Woodhouse

Lazarus9
WE can never get enough of our champion pacers. And while his shoes are yet to be filled ON the racetrack, Lazarus will make...

WE can never get enough of our champion pacers.

And while his shoes are yet to be filled ON the racetrack, Lazarus will make a welcome return to our shores to resume his “OFF TRACK” stud duties in a matter of weeks.

Regarded by many as the best pacer to race in the Southern Hemisphere in the past decade or so, Lazarus has booked his ticket to return for another season of stud duties at the renowned Yirribee Stud in the Riverina.

With his return flight confirmed, unlike last year, Lazarus will fly direct to Australia and will not be required to quarantine in New Zealand.

This avoids two aircraft flights within a matter of weeks.

IRT have now advised Club Menangle and Yirribee Stud of the following transport and quarantine dates:

July 28: arrive in Melbourne for quarantine

Star Aussie actor Chris Hemsworth turns 37 that day but harness racing fans probably won’t raise a toast to ‘Thor’ but will instead toast the mighty Lazarus that day.

Club Menangle has already announced a reduced service fee for Lazarus in response to the financial crisis resulting from the COVID-19 pandemic. Club Menangle CEO, Bruce Christison explained that given the state of the economy it was vital those involved in the industry did everything possible to ease the financial burden on breeders.

There is a further discount of $2,000 for customers that booked a service fee to Lazarus last year.

Yirribee Stud has confirmed that following the announcement of the Covid-19 Lazarus service fee initiative by Club Menangle, there had been plenty of early interest in bookings for 2020.

“We have 20 bookings already in Australia and have fielded many telephone calls from New Zealand,” said Yirribee Stud principal, Rod Woodhouse.

Success Stud at Young was among those to make an early call for clients seeking to book to the champ.

Woodhouse indicated that the Yirribee Team were excited about the champ’s return:

“Lazarus is a true gentleman and an absolute pleasure to have around,” said Woodhouse.

“We received very good numbers from the Northern Hemisphere overnight.

“Of the 57 mares with test results, they have 50 mares in foal, which means more than 87 per cent of the mares served were in foal.

“There is no doubt that if he throws his willingness to win and his temperament to his offspring, he will turn out to be a truly great sire.”