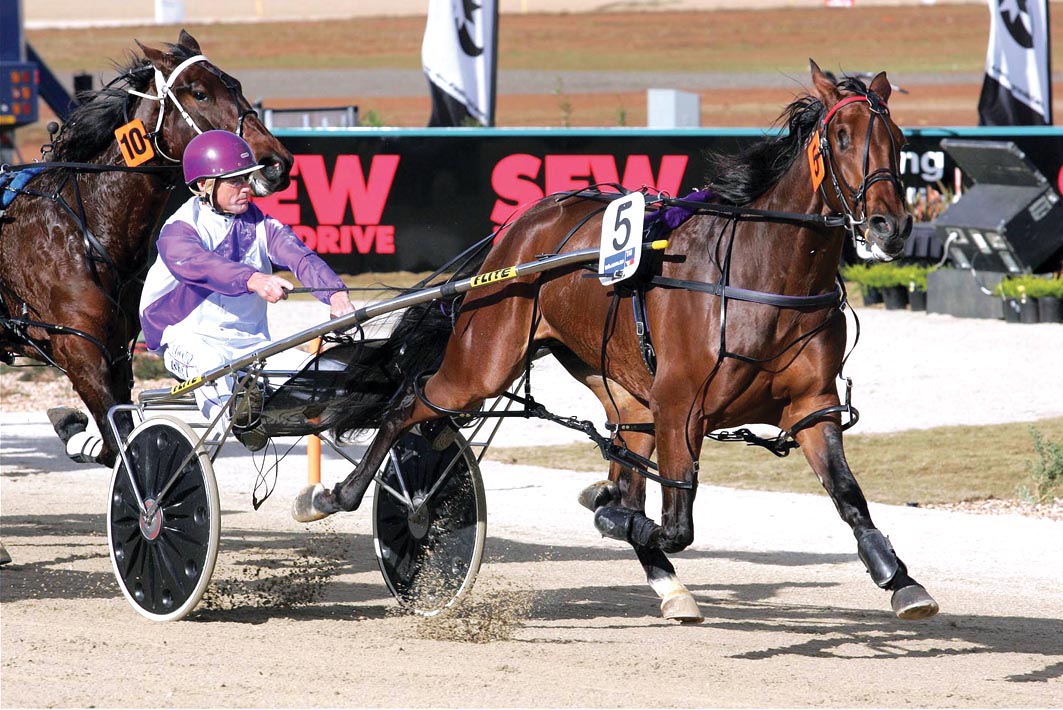 IF YOU’RE heading to Sunday’s Australian Pacing Gold Sale in Sydney, stop passed the Benstud stalls. Not only will you have the opportunity to...

Not only will you have the opportunity to inspect the 13 yearlings they have on offer, you can meet newly-adopted locals, Craig and Renee Judd.

Having co-operated the family-owned business Benstud near Shepparton, the Judds have moved to New South Wales as part of their expansion.

Along with their children Kendal and Morgan, the Judds have set up residents at the 630-acre property formerly known as Glenferrie Farm.

The original Benstud site will continue to be run by Craig’s parents Peter and Julie, along with his sister, Tracey and brother-in-law, Mark.

The Judds’ eldest daughter, Eilish will also remain in Victoria.

“We have been looking to move into New South Wales for quite a while, and when the opportunity came up to lease this property, we decided it was time,” Craig said.

“We have sort of outgrown what we were doing in Victoria, having increased from 120 mares to 150, with our clients getting more mares.

“Once we settle in better we will take on up to another 50 permanent residing mares, along with offering agistment for horses trained in and around Menangle.

“The property is phenomenal and will be an ideal place for mares and their foals as well as those out spelling.”

The 13 consist of five colts and eight fillies, with Lot 312 coming from a well-known New South Wales family.

By Mach Three, the filly is from Eye Catching, which is a half-sister to Group One winners Eye See Diamonds and cult hero, Two Eye See.

Retired with a record of four wins and four placings from 15 starts, Eye Catching is from top producer, Grace Robinson, which boasts eight winners from nine starters.

Grace Robinson is from former top mare Jasmarilla, which is a daughter of wonderful foundation matron, Shu Fly.

It what has been a sensational female line, the family includes Mesmerizing, Carome Julie, Floreat, Phyl Crocker and Carlisle Queen.