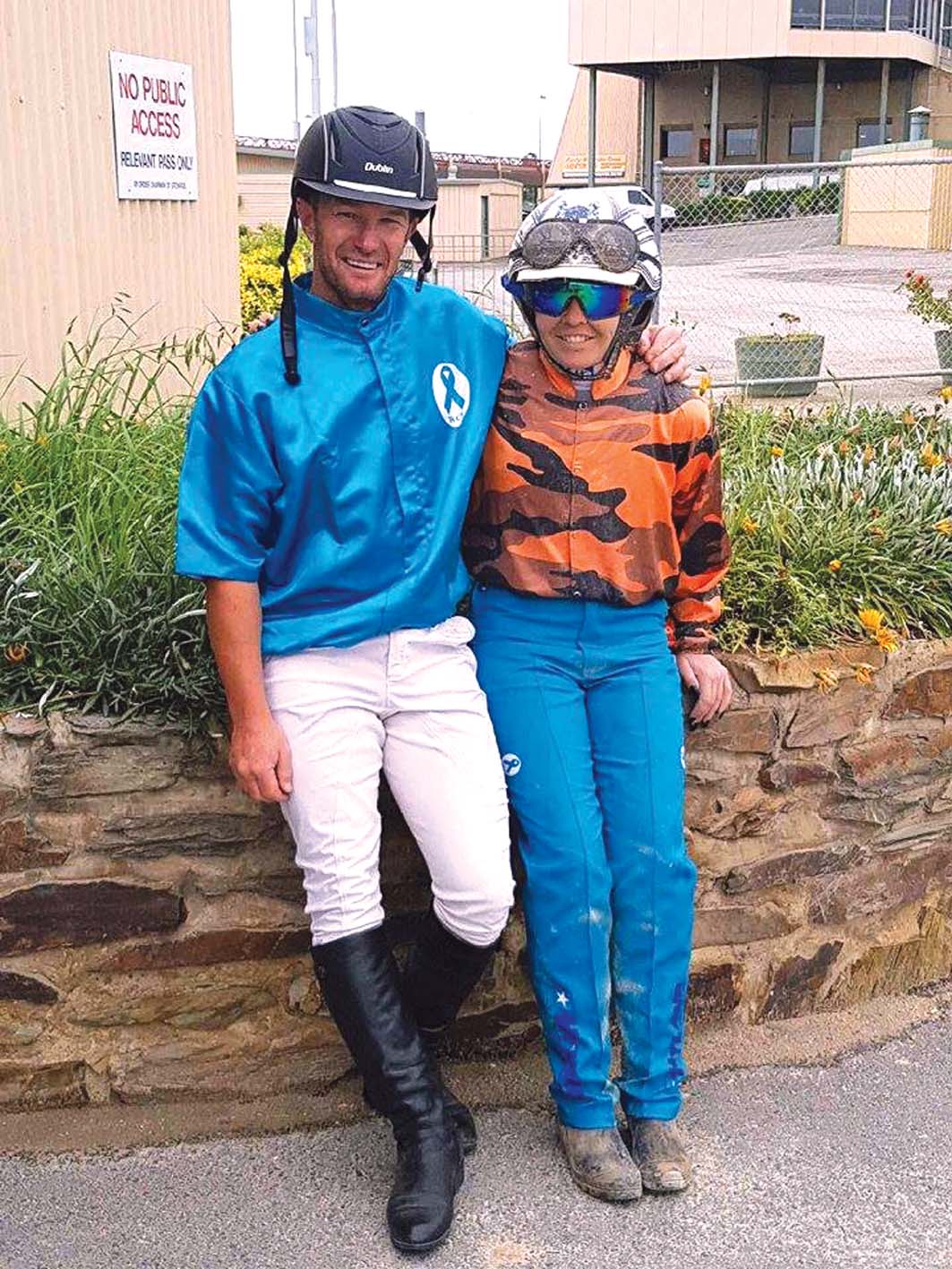 Leading the way for a great cause

LIKE anybody with a competitive streak, Dani Hill likes to win. Whether it’s on the racetrack, going head-to-head with her brother Wayne, or arguing...

LIKE anybody with a competitive streak, Dani Hill likes to win.

Whether it’s on the racetrack, going head-to-head with her brother Wayne, or arguing the toss with her partner, David, Hill’s natural instinct kicks in.

When it comes to racing, Hill thrives on making her way to the winners’ circle – particularly at this time of the year.

The extra satisfaction during this period stems from Hill’s passion for the Teal Pants campaign, which runs between February 1 and March 11 – Australian Reinswomen Championship night in Tasmania.

Hill is part of a squad which includes every reinswoman in the southern hemisphere, who are raising valuable funds and crucial awareness for ANZGOG – Australia New Zealand Gynaecological Oncology Group.

During last season’s campaign Hill led the way with an amazing 32 wins.

From just 14 race meetings, Hill made her way into the winners’ circle during 12 of the programs.

With this year’s teal pants drive beginning last Thursday, Hill has already made a major impact with four wins from two meetings.

Scoring with Passions Delight at Globe Derby during the weekend, Hill registered a treble at the same venue this afternoon.

Kick-starting her day with Im Havinaball, which is prepared by David’s father, Les, Hill then won with Queen Me for trainer Tyson Linke and My Man Dan from the Robert Caruso stable.

“It’s all the more special to get some wins on the board during teal pants time,” Hill said. “I was rapt to get a treble today and it will be awesome if I can keep the ball rolling.

“Have the New Zealanders on board this season is fantastic as it means we can get more winners and earn more to help such a wonderful cause.”

Bailey brings home the bacon
Morris happy to be in the box seat
Trainers to strike if dispute not resolved by Tues...
Veteran smashes record in title defence heat
About author