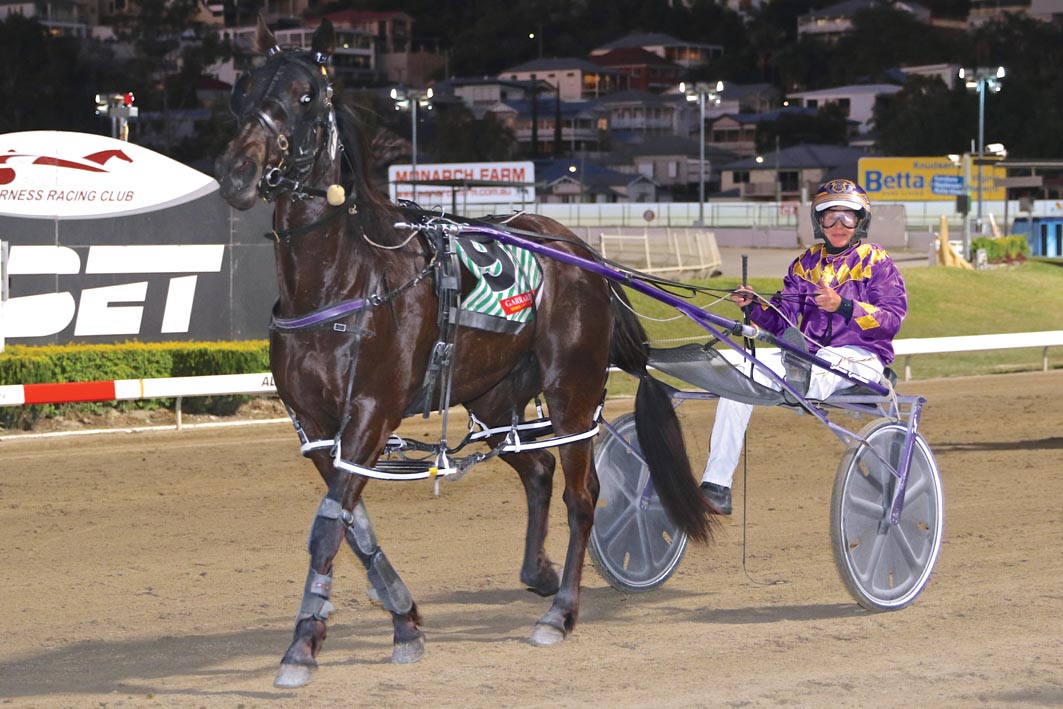 Lilac continue his flashing rise to the top

IN-FORM pacer Lilac Flash continued his rise to the top with an eye-catching win at Albion Park last night. Since crossing the Tasman last...

IN-FORM pacer Lilac Flash continued his rise to the top with an eye-catching win at Albion Park last night.

Since crossing the Tasman last season the Kylie Rasmussen-trained gelding has registered 14 wins and seven placings from 25 starts to become one of Queensland’s most promising pacers.

Pleased with the five-year-old’s performances, Rasmussen has set the state’s Winter Carnival latter in the season as Lilac Flash’s long term goal.

For now Lilac Flash will continue to race his way through the grades as Rasmussen finds suitable targets.

“He’s done a great job since he got here and just keeps putting in his best,” Rasmussen said. “Free-for-all company is waiting for him now so I will see how he goes.

“I can’t see any reason why he won’t be able to handle it.

“If he goes as well as we hope, I will keep him heading towards the Winter Carnival up here, which would be a good test for him without throwing him in the deep end.”

Driven by Rasmussen during his latest victory, Lilac Flash was eased to the tail of the field from his second row draw as Mattgregor dashed to the lead from barrier seven.

Forced four-deep around the final bend, Lilac Flash unleashed a strong sprint to score by five-and-a-half metres from Mattgregor, with Its Just Kenny a half-head away third.

“He got a good cart into it along the back straight and then finished it off as I’d expect him to,” Rasmussen said. “I was happy with the way he sprinted once in the clear and he hit the line with a bit up his sleeve.”