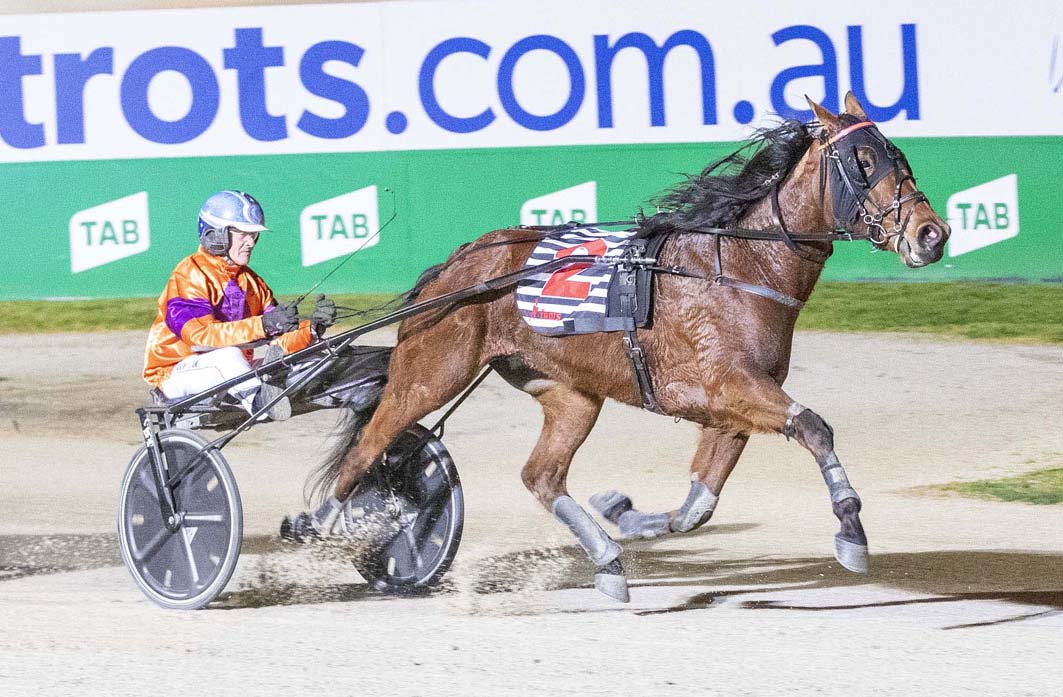 Linda bounces back to her best

MULTIPLE Group One winning mare Moonshine Linda belied her recent below par form line when she took out the Breeders’ Crown Championship at Tabcorp...

Lining up against her arch rival Moonlight Dream, the $2 favourite from the pole, Moonshine Linda was quick to slot in behind the public elect, which had little trouble working to the early lead while the only other runner under double figures Pretty Majestic ($7) was forced to sit parked.

Once in the home straight Lang urged Moonshine Linda into the sprint lane and the daughter of Majestic Son quickly mustered sufficient momentum to charge through and grab the lead halfway down the home stretch to score by five metres, with Bullion Lady four metres away third.

Moonshine Linda, which finished ninth at her previous two starts, boasts a seven-to-two lead over Moonlight Dream from their previous nine encounters.

It was a relieved Lang who returned to scale.

“Her last two runs have been way below par from what we know she can do,” Lang said.

“If they go bad once you can forgive them but when she went badly twice I had to have a look at her.

“Good horses don’t do that as a rule and she bounced back tonight courtesy of a good draw and good trip.”

Lang conceded he couldn’t have asked for a better run in transit.

“Moonlight Dream and this one, they’ve had a lot of battles together and once the other one drew one so I was expecting and hoping that Kate (Gath, driver Moonlight Dream) was happy to do that so I just took the easy option and followed her around,” Lang said.

“She’ll go to the paddock now

“With this new national ratings system because she’s been so consistent and such a good mare throughout her two and three-year-old career and now as a four-year-old hasn’t done her any favours.

“She’s fairly highly ranked and about to turn five so she may as well go to the paddock for the spring and then come back next year a bit stronger because she’ll need to be as she’ll step into open class now and it’s not easy.”