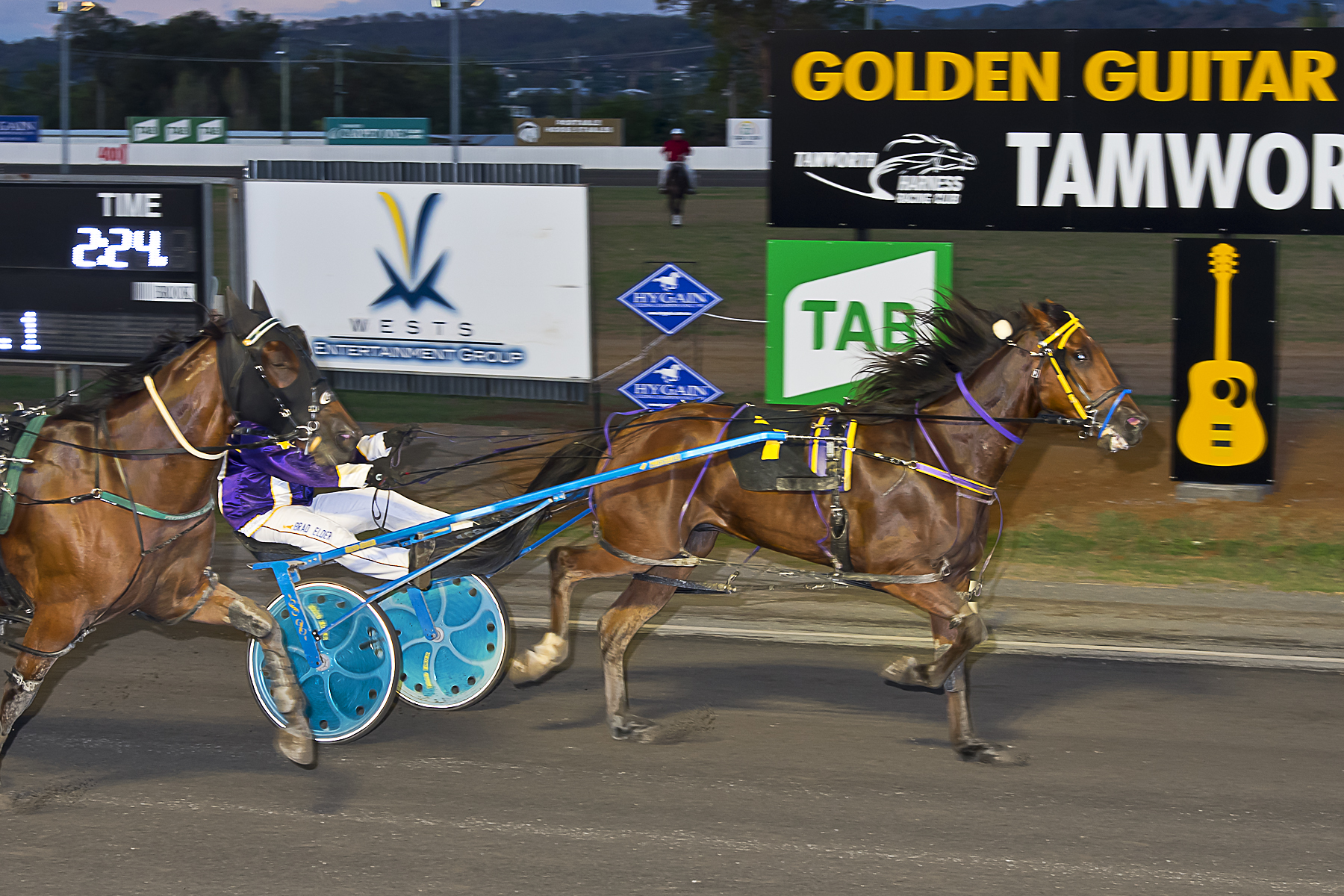 THE ONE TO BEAT: Ashark

Ashark1 Elder4 Newcastle39
PROMISING young trainer Melanie Elder knows better than to fill her little brother’s head with advice. So, it will be up to one of...

So, it will be up to one of the Hunter Valley’s up and coming young reinsman, her little brother Brad, to get the job done when he takes her stable star Ashark onto the track for tonight’s $100,000 Hunter Region Championship at Newcastle.

Ashark was an impressive heat winner of the Hunter Championship, rating 1:57.8 to beat Never Know Charlie and Roll With Lachlan in their qualifying heat a couple of weeks ago.

Now listed as the $3.50 favourite in probably the most competitive of the four $100,000 Regional Championship finals, Ashark will come from barrier 10, one off the second row as he seeks to give Melanie her biggest training win.

“Whether we need to go or sit in, it shouldn’t really matter,” said Brad.

“The only barriers I didn’t really want to draw were one and nine, so I am quite happy to be drawn where we are.

“And once this series is all over he [Ashark] will probably have to head for Menangle to race for the bigger dollars there.

“He’s already won a race there, so that track does suit him.”

Elder has a handy book of drives and opens his night driving polemarker Belle Of Brooklyn for his uncle, Michael Elder in Race 1.

“She’s racing well but is up in grade a bit,” he said.

He will also relish his chances with Its All About Alice in Race 2.

“She was left parked last start but got home well the week before that and we’ll try and repeat that effort, come with one run and hope it’s quick enough,” he said.

“Most of her recent runs have been off the back row at Tamworth but she has some gate speed so hopefully we can push forward and get a spot nice and close to them.

“Nasholi (Race 5) has a good draw in gate 10 for him, as Bobsled Boy (drawn two) gets out pretty quickly, so we should be nice and close to the leaders.”

Yet its Ashark that will capture the most attention and gives Elder the chance to grab some bragging rights over the region’s other two form drivers in Blake Hughes and Tom Ison.

While they have both landed five winners each at recent meetings, Elder is close behind with four winners being his best, so far.

Elder after another demolition job
All the winners for Newcastle’s big Inter Do...
Jack’s right at home in the Group Ones
Open day of racing at Newcastle
About author