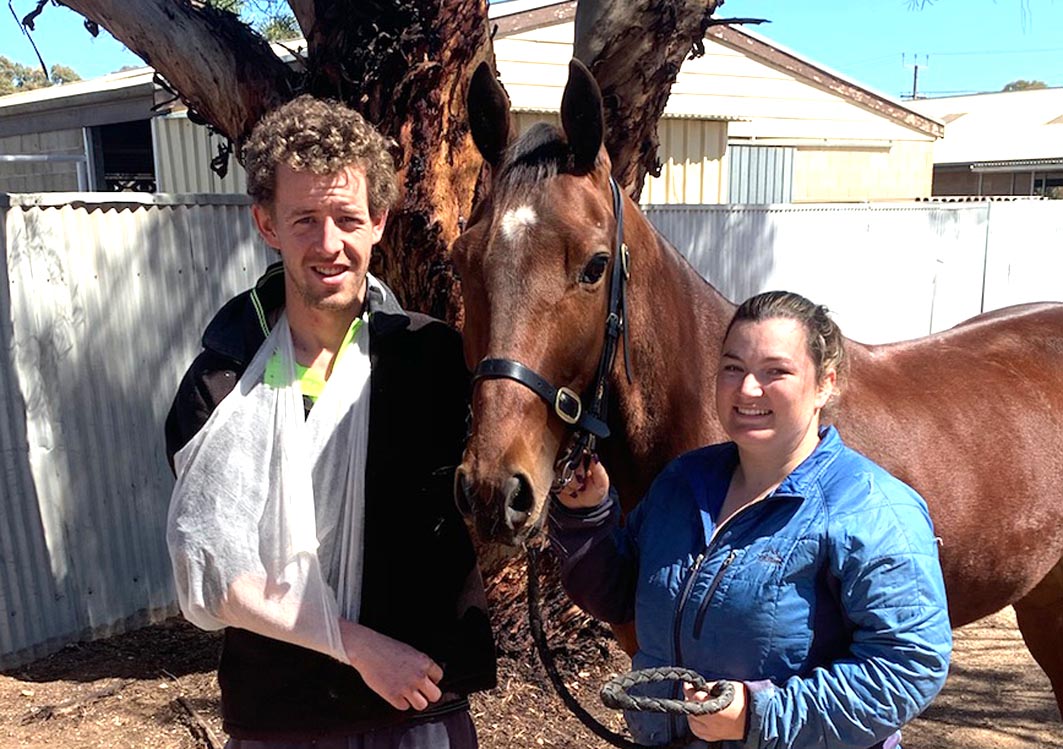 FRESH from a successful mini Victorian campaign, popular horseman Robbie Caton is hoping to continue the flow when he returns to Globe Derby on...

FRESH from a successful mini Victorian campaign, popular horseman Robbie Caton is hoping to continue the flow when he returns to Globe Derby on Saturday night.

Caton gave Lets Go There two interstate starts, with the son of Art Major running third during his initial appearance before scoring in Shepparton.

Thanks to his win Lets Go There also earned his Vicbred bonus.

Caton also took Beach Goddess along for the ride, with the mare managing a second in Kilmore.

Both pacers will compete at South Australia’s home of harness racing.

“I’m very happy with the way they both went,” Caton said. “It was particularly good to get a win from Lets Go There and collect his bonus.

“With a bit of luck they will carry that form into Saturday night.”

Beach Goddess will be the first in action, with the daughter of Somebeachsomewhere drawn awkwardly on the second row.

To be driven by Caton’s partner Tiana McMahon, Beach Goddess will come from gate 11.

“She is going to need a lot of luck from there,” Caton said. “The draw has certainly put a dent in her chances.

“If she can get a good sit along she can let them know she is there.”

To Caton’s delight Lets Go There has fared better in barrier four.

“It’s quite a strong field,” Caton said. “He will have to be at his best.

“If he can settle in a forward position without having to be used too much out of the gate he’ll be right in the finish.”