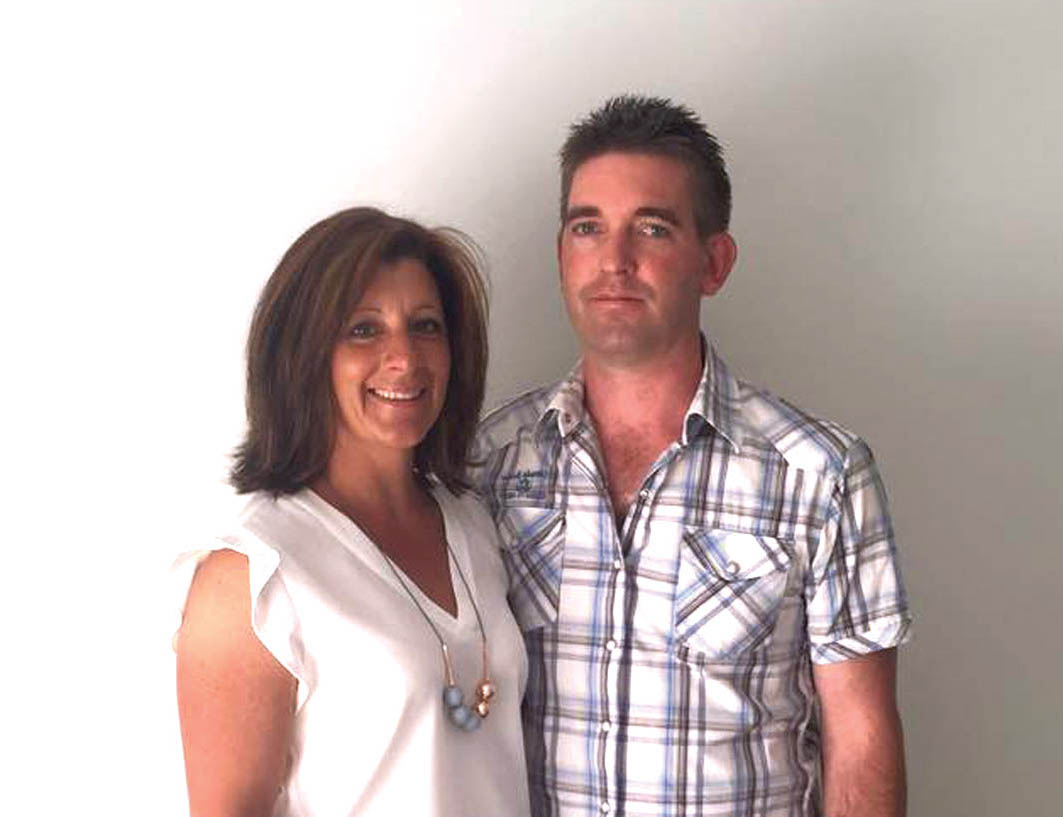 ANGELA CHAPMAN with her husband, John

By completing a narrow victory for trainer Angela Chapman, Manonthemoon registered his first success since October 2016.

Pleased with the five-year-old’s effort, Chapman is quietly confident Manonthemoon’s next win will arrive a lot sooner.

“He raced consistently last season, including two wins early on, then got pretty crook towards the end of the season,” Chapman said.

“Twice within two weeks his temperature went over 40 degrees, so the best option was to turn him out.

“He had three months off to recover from whatever it was and has even come back a little better.

“He had a tendency to be erratic and gets nervy, which takes the edge of him, but he’s matured a bit and has improved.”

Having his third run from the spell, Manonthemoon settled midfield from his second row draw before Chapman angled him to the extreme outside on the home turn.

Finishing swiftly along the straight, the son of Safari grabbed the lead in the last stride to score by a head from Blissful Thinking, with Springfield Oflynn six metres away third in 1:58.9 over 1800 metres.

“That was a pretty good run from him,” Chapman said. “His first two runs back for a fourth and a third have been solid and he’s been getter better and fitter with each run.

“If he does keep improving like I think he should, I will put him in a heat of the Country Graduate Series in a couple of weeks and hope he can get through to the Final.”

I have always dreamt about this!
Pure domination
Tubbs finds herself in an uncommon situation
Mecca completes heavenly pilgrimage
About author