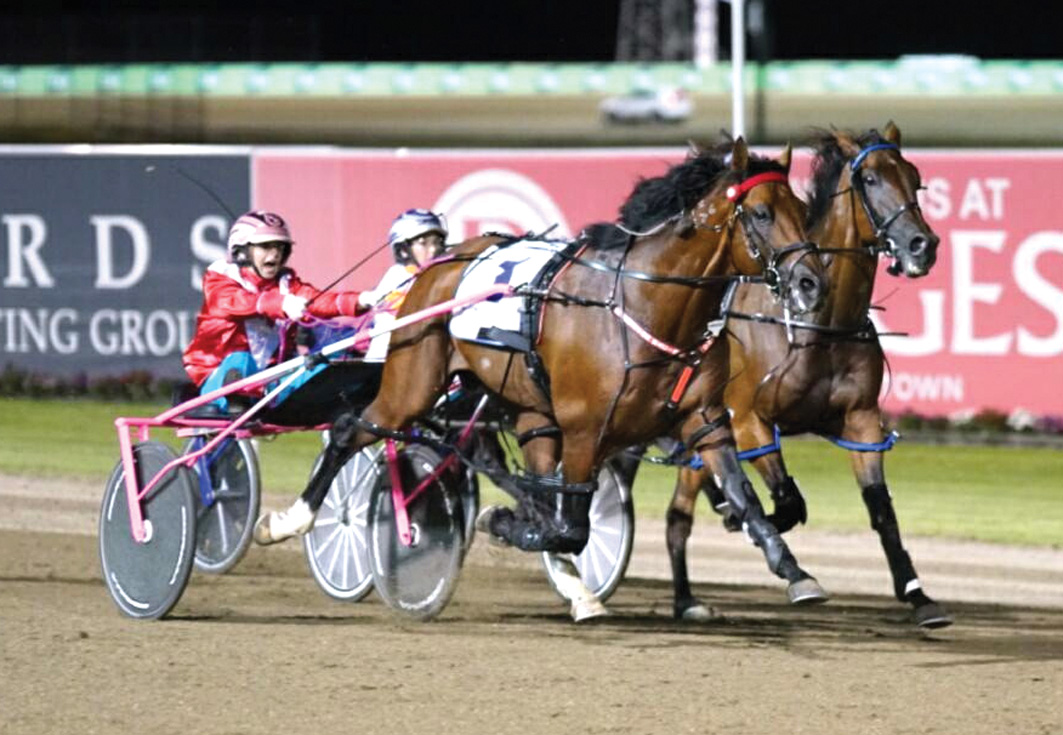 ALTHOUGH his long term schedule has been mapped out, immediate plans remain uncertain with Franco Nelson. Following the stallion’s victory in last night’s Bohemia...

ALTHOUGH his long term schedule has been mapped out, immediate plans remain uncertain with Franco Nelson.

Should Franco Nelson perform to expectations in the sprint, he will then head across the border for the Queensland Winter Carnival.

As for what’s next with the eight-year-old, Tritton stated he is yet to select a target.

“To be honest we hadn’t looked past tonight,” Tritton said. “I guess he will have a few easy days, then we’ll pick something out for him.

“He might even go to Victoria for a country cup, but that’s up in the air.

“Further down the track he will be readied for the Len Smith Mile, then the winter features in Queensland.”

Driven by co-trainer Lauren Tritton during his Group One success, Franco Nelson began quickly the from pole but was unable to find the lead as Mach Doro, then San Carlo, worked to the front.

Unwilling to be caught along the pegs, Lauren pulled the son of Christian Cullen into the running line to gain the perfect one-one trail.

Angled to the outside on the home turn, Franco Nelson grabbed the lead in the last stride, scoring by a half-neck from San Carlo, with Mach Doro six metres away third in 1:53.2.

“From the pole we were hoping to find the front, but in the end, it worked out perfectly for him,” Tritton said. “With that kind of run he was always going to be hard to beat, but San Carlo certainly didn’t give in.”