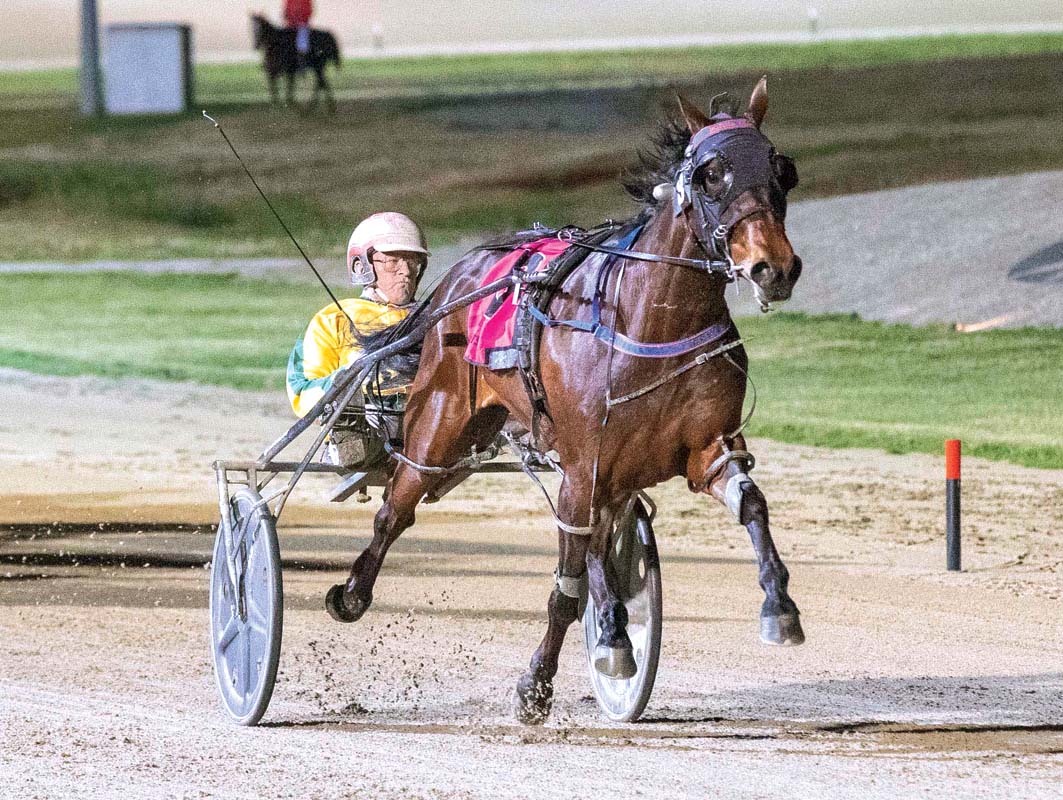 Speaking after Nostra Villa’s success at Tabcorp Park Melton tonight, trainer Emma Stewart stated she is unsure where the mare’s next outing will be.

Looking further ahead, however, Stewart is hoping Nostra Villa will contest the famed Ladyship Mile.

The Group One is scheduled to be conducted in Menangle on February 29.

“I’m not sure where she will head next,” Stewart said. “We’ll have to look through the program and find something suitable for her.

“Later in the season she’ll be aimed at the Ladyship Mile and then the mares’ races here after that.”

Second-up from a spell, Nostra Villa was given time to settle into stride from her back row draw before Chris Alford angled the daughter Art Major three-wide to find the lead during the middle stages.

“She was always going to be hard to beat, but once she found the front she had them covered a long way from home,” Stewart said.

An Australian Pacing Gold purchase, the five-year-old rated 1:56.2 over 2240 metres to provide Stewart and Alford with the middle leg of a treble.

The pair combined to capture the following race with in-form claimer Freddy Funk.

Working to the lead from barrier four, the son of Rock N Roll Heaven accounted for his stalemate Form Analyst and No Apachemee in 1:56.6 over 2240 metres.

Earlier on the card Stewart was triumphant with Phoenix Prince which was driven to a 1:52 win by Greg Sugars as Rishi and Sicario filled the placings.

The opening leg of Alford’s treble was registered with the Shaun McNaulty-trained Hashtag.

Gaining the run of the race behind the pacemaker, Maestro Bellini, Hashtag sprinted along the passing lane to score by a metre-and-a-half from the front runner.