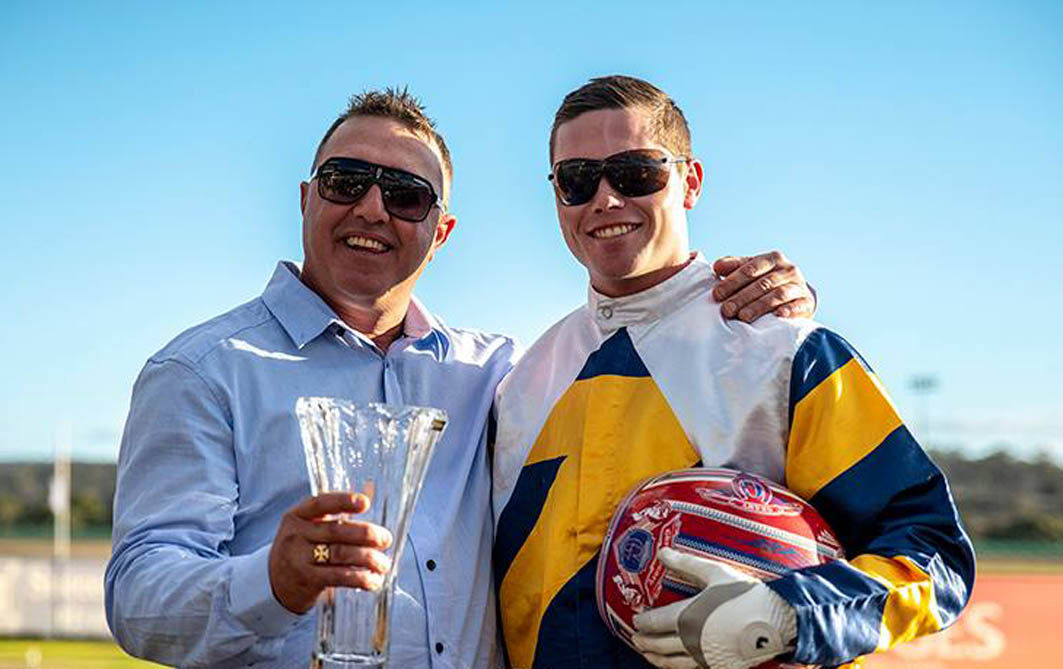 PLANS remain uncertain with Persimmon despite his impressive form. Successful at three of his five starts this season – while finishing second in the...

PLANS remain uncertain with Persimmon despite his impressive form.

Successful at three of his five starts this season – while finishing second in the other two – Persimmon was an effortless winner of last night’s Inner City Pace in Maitland.

Despite Persimmon’s stellar form since arriving at his stable, trainer Kevin Pizzuto is yet to set any long term plans with the gelding.

“I’m not really sure where he will head next,” Pizzuto said. “I will have to see what is around and pick something suitable for him.

“I may even just give him one more race and send him for a break.”

Driven by ‘young gun’ reinsman Chris Geary, Persimmon was eased towards the tail of the field from barrier five as Pocket Of Terror led from gate two.

Angled three-wide during the middle stages Persimmon was sent forward to take the lead at the bell.

Striding clear of the pack along the home straight, the Australian Pacing Gold purchase was untouched to score by five metres from Seeuinnashville, with Benalong Valley a metre away third in 2:02.4 over 2422 metres.

“He’s done a good job since he got here and that was another pretty good run from him,” Pizzuto said. “He has been getting better with each run, and on what he has shown, he should be able to make his way down to metropolitan grade.”

In other news from the Pizzuto camp, recent Inter Dominion winner Tiger Tara is due to fly to Western Australia next week.

The stallion is being sent across the Nullarbor for the Fremantle Cup on January 11 and the WA Cup the following week.