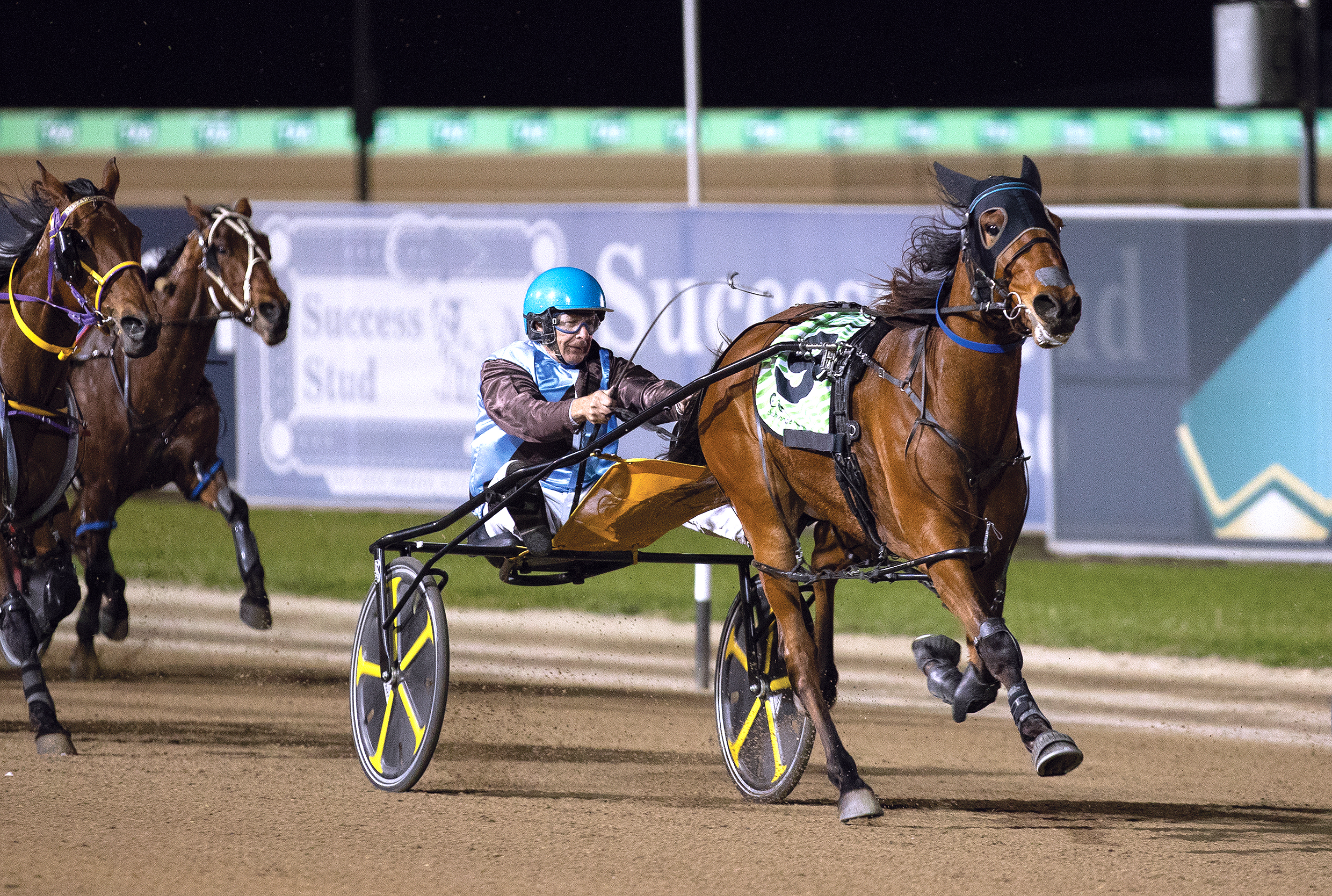 Long trip worth it for jubilant trainer

WINNING a race at Menangle is what it is all about! That was the jubilant statement from trainer Geoffrey Dorn when discussing last night’s...

WINNING a race at Menangle is what it is all about!

That was the jubilant statement from trainer Geoffrey Dorn when discussing last night’s success at Tabcorp Park.

Working a team of three, the hobbyist was triumphant with Sergei, which captured the Country Series Final.

“It is a three-hour drive to just to get there, but winning a race at Menangle is what it is all about,” Dorn said.

“It was great to see him win there and hopefully we can head back at some stage and do it again.”

With Dorn holding the reins, Sergei was eased towards the tail of the field from barrier nine as Mach Le More led from gate seven.

Angled three-wide during the middle stages, the gelding sustained a strong sprint to complete a metre win from the front runner, with Shezabonnygem five-and-a-half metres away third.

Unbeaten from two starts this season, Sergei covered the mile in 1:54.8.

“I’m very happy with his run,” Dorn said. “He had a little over a month between his previous run and his heat, so I expected him to improve for the Final.”

With no major plans in mind for the son of Auckland Reactor, Dorn will look for a suitable target later in the week.

“I will see how he comes through this run and long trip over the next couple of days before I decide on anything,” Dorn said. “He is a five-year-old but has only had 13 starts and is a work in progress.

“He’s had three leg injuries, but none from racing…just being a bit hyper in the paddock and hurting himself.

“He has got the ability and should be able to win a few more if he stays sound.”