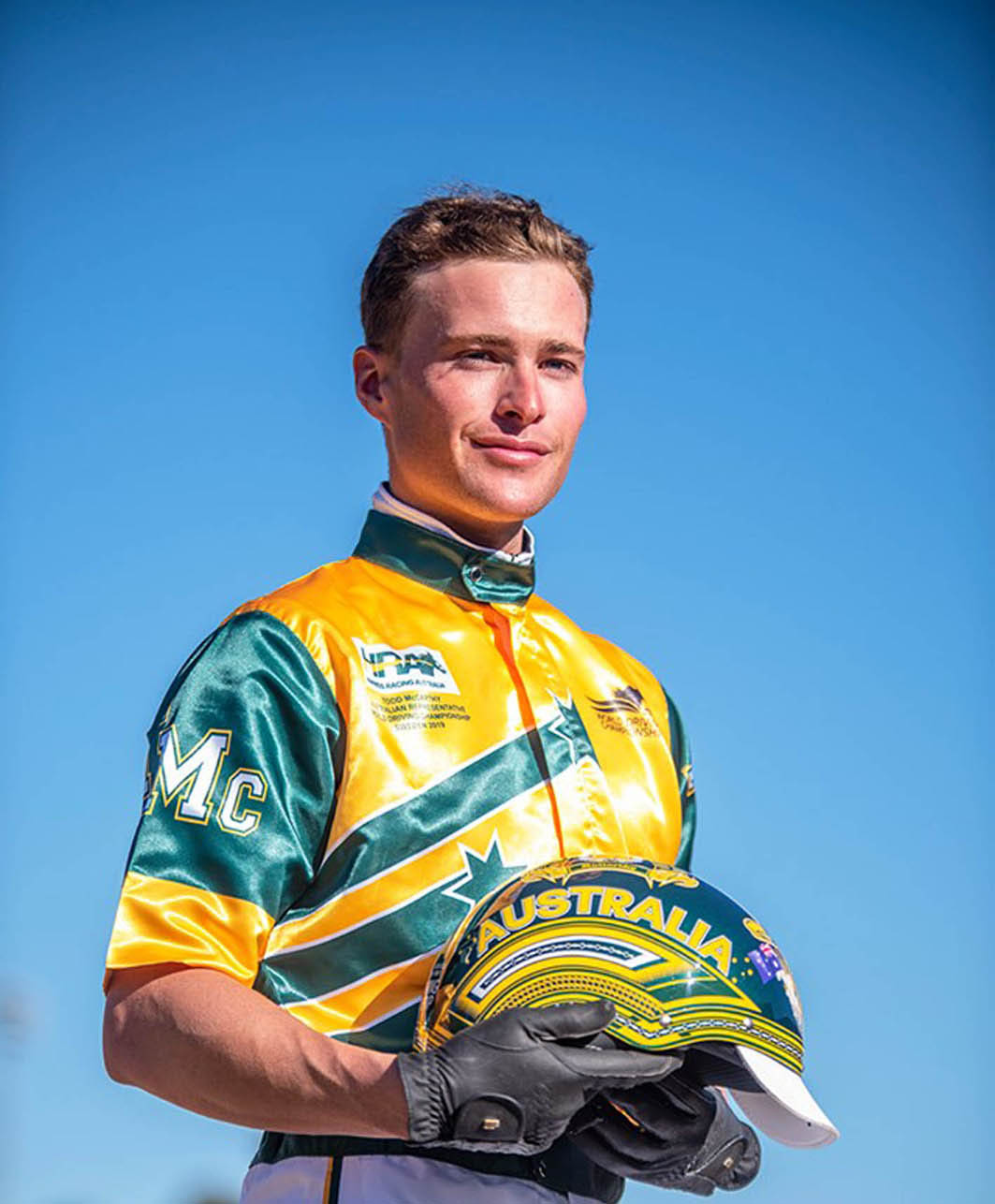 HE WAS the race honouree, but that didn’t afford him any favours at Tabcorp Park Menangle during the weekend. Contesting the Todd McCarthy Metro Driver...

HE WAS the race honouree, but that didn’t afford him any favours at Tabcorp Park Menangle during the weekend.

“The one race which should have been a shoe-in and they couldn’t let me win it,” McCarthy joked. “I might have to look for a new family!”

On the bright side of the result McCarthy was pleased to be involved in a family finish.

“We might not get too many chances to do that again,” McCarthy quipped. “Dad is a veteran and probably needs to retire and Luke doesn’t like to think he is that much older than me that what he actually is.

“He’s getting on in years and starting to get to the other side of the hill.”

Partnering Benicio to score from Little Rascal in 1:52.2 over a mile, Luke also led home a Craig Cross-trained trifecta.

Benicio’s success was the second leg of a quartet for Cross and Luke, who have enjoyed a tremendous start to the season.

In the first week of the term Cross has registered 11 wins and four placings from 22 starters, while Luke has 12 victories and two thirds from 18 drives.

“It’s been a pretty good week to kick off the new season,” Cross said. “It would be nice if that remains the case for the rest of it.”