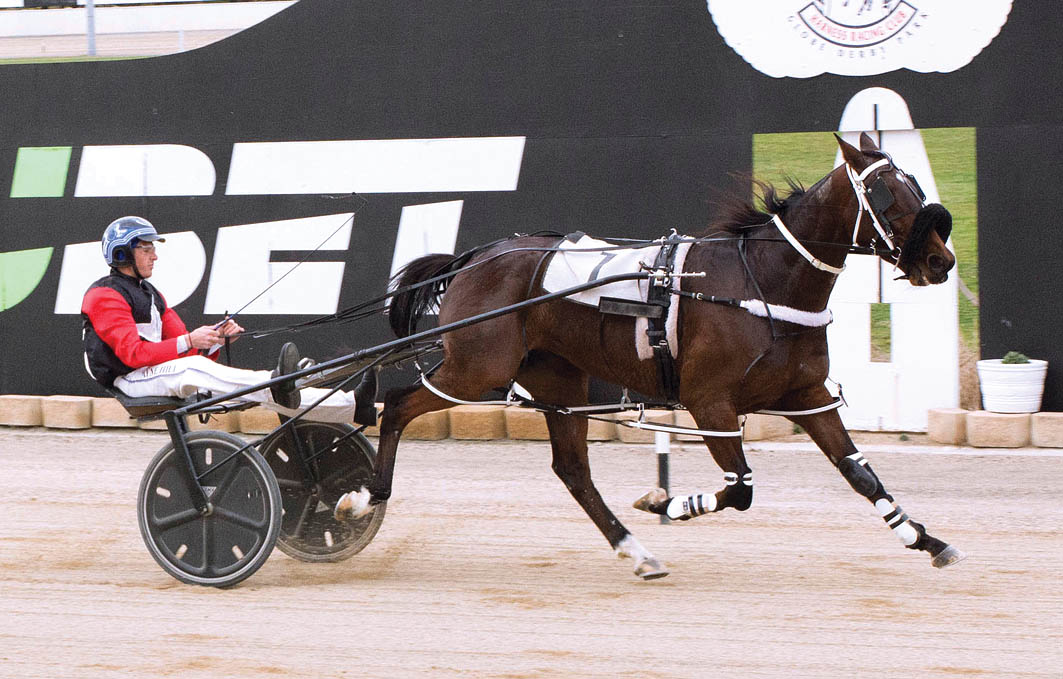 AN AWKWARD draw has dented Rhyflective’s prospects of registering an overdue Port Pirie victory on Saturday night. Successful at his last two starts –...

Successful at his last two starts – at Globe Derby – Rhyflective has been found wanting at the provincial circuit during his past six visits to the venue.

Although racing in solid form, the Waylon Hornhardt-trained gelding has been the bridesmaid five times, while finishing third on the other occasion.

Positive the son of Ponder is in perfect condition to win, Hornhardt admits the outside of the second row diminishes his chances.

“From that draw it is going to be very hard at Port Pirie, especially over the short trip,” Hornhardt said. “I think he can be a big player in the finish, but it will come down to how the race is run.

“I changed his workload after he was second there a few starts back and he has won his next two, so hopefully he can keep that going.”

Citing Pints as the one to beat, Hornhardt also rates Steinman as a major threat.

To be driven by Dani Hill, Pints will begin from two, with Steinman to start from five for Darren Billinger.

“Pints goes well in front and has Dani driving,” Hornhardt said. “She is in sensational form and everything she drives at the moment goes well.

“If Pints leads and Steinman is on his outside and they go slow early before a quick last half, they will be extremely hard to catch.”

Rising star aimed at prestigious feature
Is this Australia’s most valuable foal?
Pegasus to soar in Final
Caldow on a hit-and-run mission to ‘The Big ...
About author