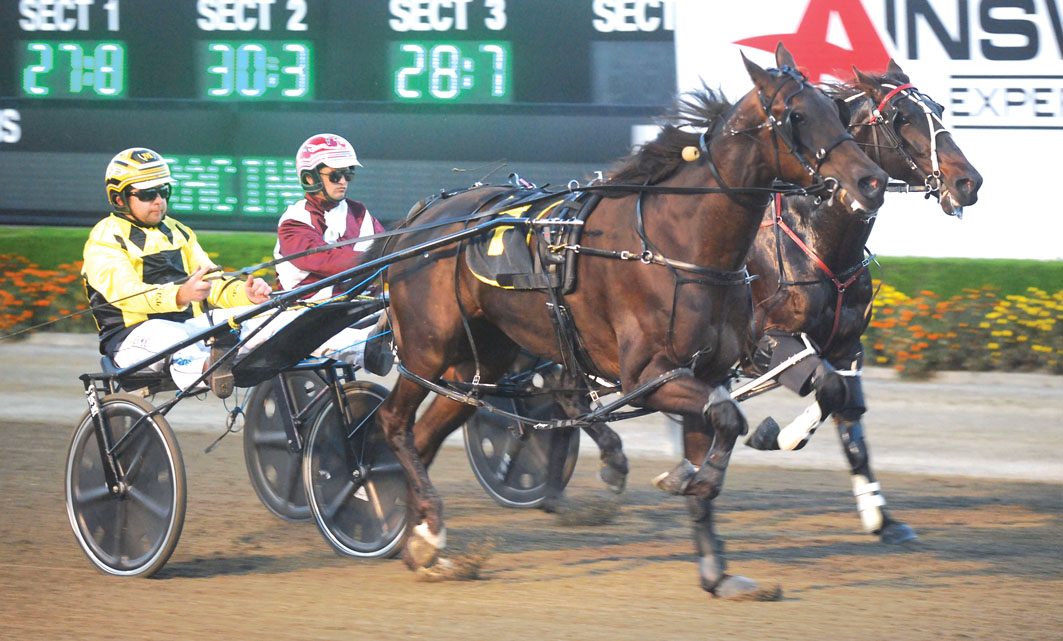 Looking to cause feature upset

HE WAS a little over a metre from causing a major upset in one of harness racing’s summer feature races on Boxing Day. Now...

HE WAS a little over a metre from causing a major upset in one of harness racing’s summer feature races on Boxing Day.

Hart has been the form reinsman around the state this month, including some impressive efforts in New Zealand when he competed in the Australasian Young Drivers’ Championship, winning himself a trip to drive in Sweden next year.

He almost pulled off a stunning upset against some of the best pacers when he handled outsider Make Way for trainer Sonya Smith in Thursday night’s $51,500 Shirley Turnbull Memorial in Bathurst.

Make Way finished a close third to Alta Orlando and Our Uncle Sam after being prominent for most of the journey.

Based in Sydney, the former Riverina reinsman has shown he is always ready to travel for drives and will head to Maitland with bright prospects of landing a treble around the saucer-like circuit.

After successive wins om Penrith and Maitland, trainer Trevor Munday was quick to sign up Hart for the drive beind the $1.80 favourite for the 57th running of the time-honoured race.

Benalong Valley could scarcely have been more impressive in winning a heat a couple of weeks ago, and despite an awkward second row draw, will be the one to beat over the 2422-metre journey.

Success in the event should complete a great night for Hart, and his sister Ashley, with the pair handling four favourites on the nine-race card.

Hart will partner Eclipse Stride for Michael Formosa in the third race, with the gelding first-up since April, but with two Newcastle trials to his credit, he is ready to produce a strong performance.

Ashley will also get her chance when she drives Bella Clare for Michael Xuereb in race five, and although this will be her first drive behind the mare, Bella Clare has been installed a $2.25 early favourite.

The spotlight falls back on Cameron when he drives Benalong Valley before climbing into the cart behind yet another favourite, Johnrod, which has been put up as a $2.25 early favourite in race eight following a couple of easy Penrith trial runs.