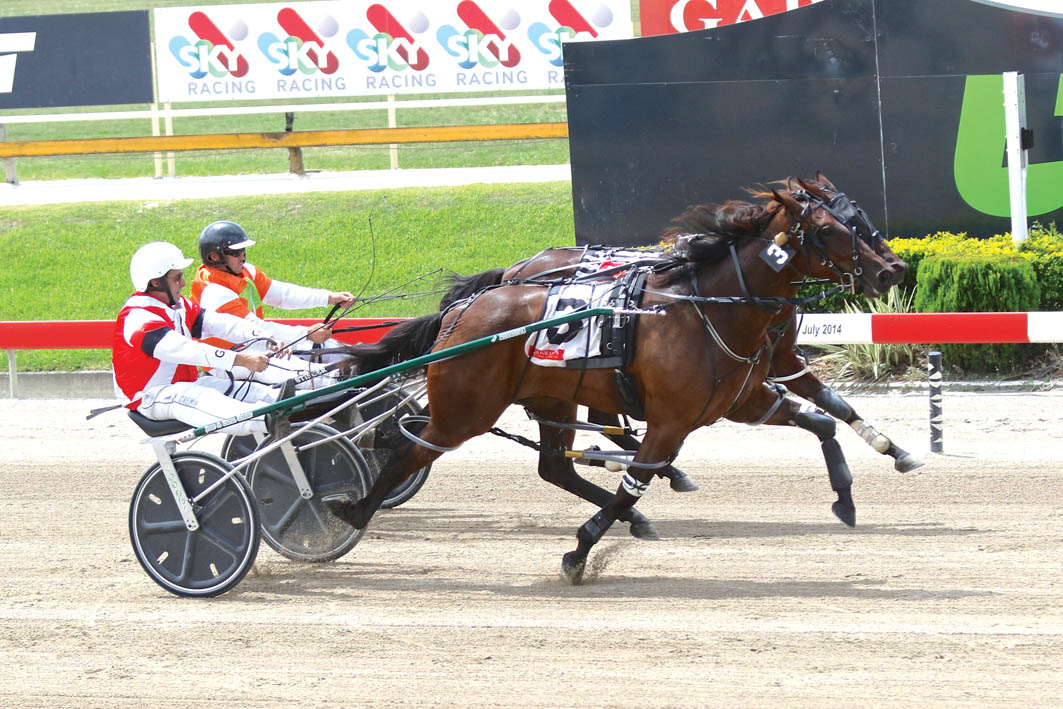 MAYWYN TOUGH on the outside - Photo Dan Costello

QUEENSLAND horseman Graham Dwyer is looking to extend his domination of two-year-old events at Albion Park on Saturday night. Three races for juveniles have...

QUEENSLAND horseman Graham Dwyer is looking to extend his domination of two-year-old events at Albion Park on Saturday night.

Three races for juveniles have been conducted in the Sunshine State this season, with Dwyer capturing two.

Dwyer’s victories also in a pair of quinellas!

“We’ve had a pretty good run so far,” Dwyer said. “With a bit of luck, that will continue on the weekend.”

Dwyer’s prospects look strong given he has three runners in the Paleface Adios Classic, including Maywyn Tough, which has drawn to lead throughout.

Runner-up behind his stablemate, Springfield Desire upon debut, Maywyn Tough then scored from another stablemate, Maywyn No Regrets, at his subsequent outing.

“He’s done everything right so far and looks to be my best chance from the draw,” Dwyer said.

“He has the speed to lead, and although he may be better suited to racing with a sit, we’ll be taking advantage of the pole.”

Springfield Desire has fared poorly along the outside of the front row, while Maywyn No Regrets has drawn the widest on the back line.

“I was a little disappointed with Springfield Desire at his second start, but that said, he worked a touch better than the others this morning,” Dwyer revealed.

“Maywyn No Regrets will need some luck from the draw.

“There is not between the three of them on track work, but Maywyn Tough has the draw on his side this time.”

With trio Australian Pacing Gold purchases, Dwyer will aim the three at the Sales’ rich race series, which begins with heats in early April.

“The APG qualifiers will be next and I’ll see how they go in those before deciding what’s after that,” Dwyer said.

There’s an Angel in the outfield
Trotter joins superstar dam on Group One honour ro...
Beginning long road back to the top
Passing of breeding pioneer
About author