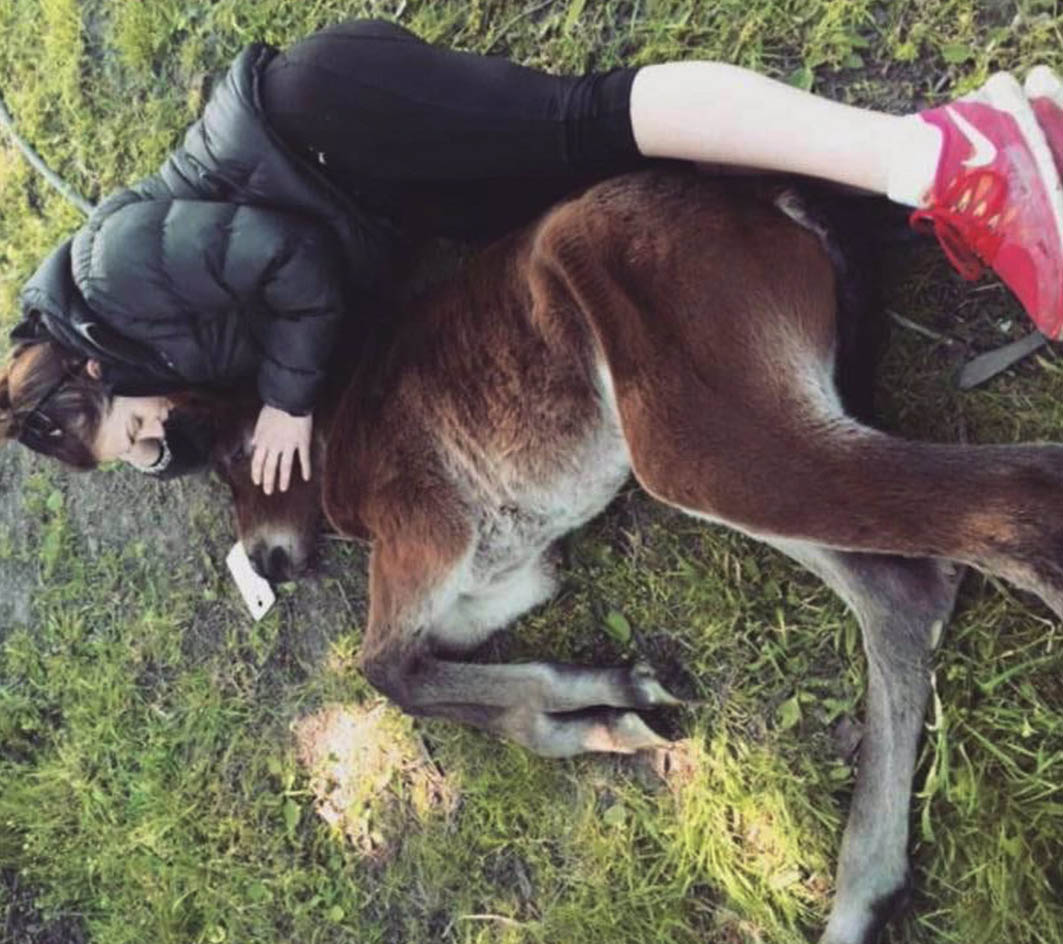 OSCAR BONAVENA wouldn’t be in today’s Dominion Trot if Charlotte Purvis didn’t save his life.

On paper it may look as if the All Stars trotter is set to complete just another perfectly plotted path to big race glory for trainers Mark Purdon and Natalie Rasmussen.

However, a look further back shows the exciting trotter has had to overcome odds exponentially higher than what he will pay to win the 3200m feature just to be in the race.

Oscar Bonavena needed a miracle just to be a racehorse and Purvis was the driving force behind making it happen.

The Majestic Son trotter was born weak and unable to stand on what vets deemed were legs too crooked for a potential racehorse.

Purvis the horse, who was delivered early unexpectedly and started feeding him by bottle, barely showing any signs of life before she quickly began nursing him back to health.

Vets advice to Purvis’s father, John, who bred the horse, was that the foal’s chances of being a successful racehorse were slim because of his crooked legs and his missing out on vital colostrum enriched milk from his dam immediately after being born.

Purvis told her father she was not having any of that talk and continued to hand feed the foal.

“The vet said because his legs were not that straight and because he had not been fed colostrum straight away he didn’t have much chance of making a racehorse,” she said.

“But I told Dad he wouldn’t be worrying about any of that and I kept looking after him.”

After helping keep the foal alive, Purvis handed over duties to Nevele R Stud staff, who continued to help Oscar Bonavena get on his feet.

“After a couple of days we were able to get the mare and foal to Nevele R and they kept feeding him.”

“Eventually he was strong enough to stand on his own and then drink off his mother.”

“As he got older his legs got stronger and he was perfectly healthy.”

Purvis’ early work with the trotter meant he was almost certain to end up in her care.

Her father sent her the trotter and Oscar Bonavena was to be a “project horse” for the horsewoman and her partner, reinsman Matthew Williamson.

Oscar Bonavena soon showed the only project he was concerned about was running fast.

He went on to win his first start as a 2yr-old before pushing All Stars trotter Enhance Your Calm, who was seen as an unbeatable force at the time, in his Sires Stakes win.

That performance led to Oscar Bonavena being sold by John Purvis in a big money deal that saw him transfer from Phil Williamson’s barn to the All Stars stable.

The master trainer-driver said Oscar Bonavena gave him the feel of a good horse as soon as he sat behind him.

“He just gave me a great feel,” Purdon said.

“Phil is great with the trotters and he had a very high opinion of him, so that gave me a bit more confidence that he was going to be a good buy.”

Months later Purdon’s new owners faced similar vets advice about Oscar Bonavena to what  the Purvis family had received earlier – that his legs were not up for racing.

More specifically, the horse was diagnosed with a cyst on his knee, a rare condition that ruled out racing.

Purdon admitted there was a time when he Oscar Bonavena’s racing prospects were very bleak.

“It was a lot of money to pay for a horse and there was a time when it looked like we could have done our money.”

“But everything is back on track now, he is good and sound and we look like we have a very exciting horse on our hands.”

The troubled knee has held up so well since, it has allowed him to catapult to the top of the New Zealand trotting ranks in his seven starts since May.

And apart from one standing start mishap, that did not stop him winning, everything has gone perfectly.

“He had a great preparation and I think when we nominated him he was about 45th in the ranking for the Dominion and now he is right up the ladder and come in to favorite,” Purdon said.

“So, he has had a great prep and I couldn’t be happier with him.”

Ryder will fly to be at Addington on Friday, while Roy Purdon is expected to watch on from Auckland.

Purvis and her father will also be on hand to watch Oscar Bonavena’s first attempt at open class group 1 racing.

The thrill they will get if he is able to win will be just as big as if the trotter was still officially theirs.

“We will be there and it will be very exciting – I still get a huge thrill from seeing him race,” Purvis said.

“Every time I am at the races and he is in I go down and see him, I can’t wait.”