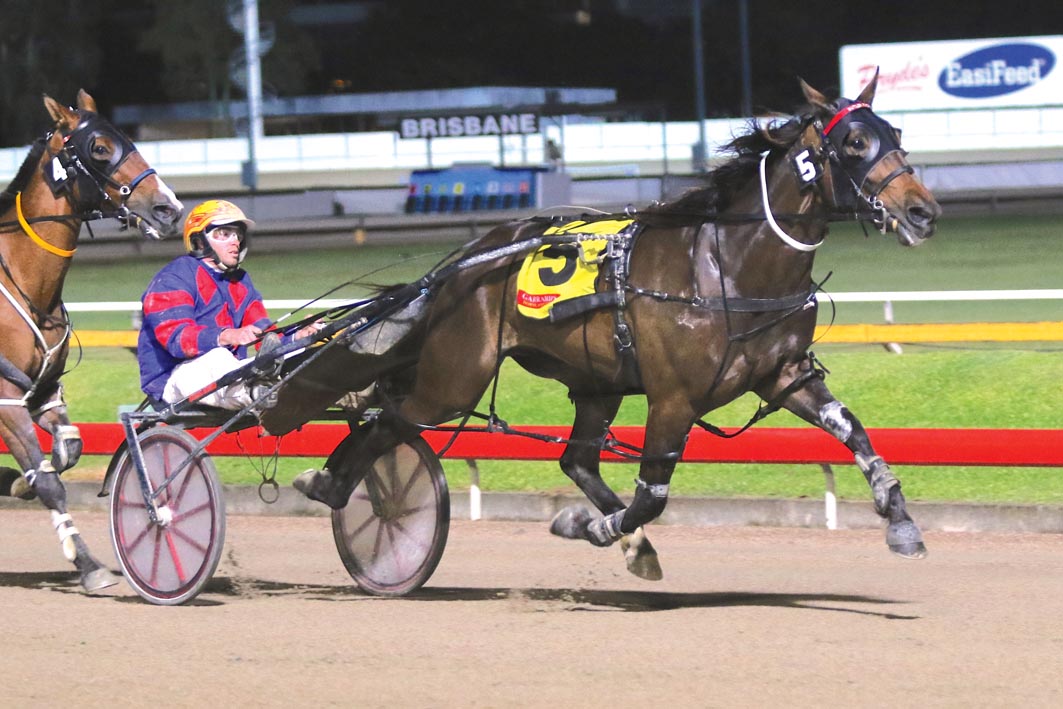 IN-FORM pacer Lucifers Legend will continue his march towards late season features when he competes at Albion Park tomorrow night.

Making steady progress through the grades this term, Lucifers Legend is being prepped for Queensland’s Four-Year-Old Championship and Redcliffe Cup.

Confident the son of Cammibest can reach such heights, trainer Jack Butler has no doubt Lucifers Legend can win his pending engagement, despite an awkward draw.

Scoring first-up from a 10-week break a fortnight ago, Lucifers Legend will begin from barrier five.

“The draw could prove a little tricky, but he’s certainly capable of winning from there,” Butler said. “He did well in his first run from a let-up and has trained on great since.

“He’s a pretty nice pacer with above average ability, so I’m setting him for some of the better races later in the year.

“Hopefully he will race up to my expectations, so time will tell.”

Georgia Grace, which has won four of her last six starts, has drawn gate four, with Cold Ideal to come from three and Outlaw Fella the sole runner on the second line.

“Georgia Grace is certainly racing well, while Cold Ideal is also in handy form,” Butler said. “Outlaw Fella has been among the placings in his last half a dozen or so starts and is no doubt building up to a win.

“It’s a handy enough field, but I’m still happy with my bloke and think he can win.”