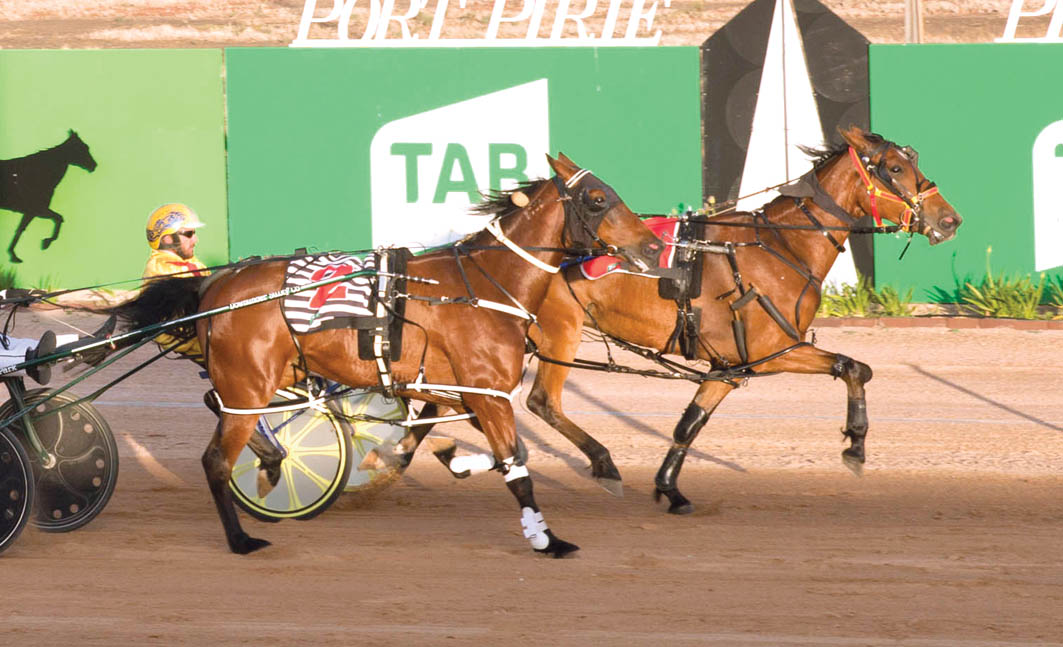 Lucky to ‘getaway’ with maiden victory

LIGHTLY-RACED mare Carol Mccoy was lucky to ‘getaway’ with her maiden victory during the weekend. Having her third start, the four-year-old registered a narrow...

LIGHTLY-RACED mare Carol Mccoy was lucky to ‘getaway’ with her maiden victory during the weekend.

Having her third start, the four-year-old registered a narrow win at Port Pirie for trainer Leah Harvey.

Pleased to see the daughter of Grinfromeartoear grace the winners’ circle, Harvey believes Carol Mccoy is capable of making her way into higher grade.

“She does go well enough it is just a matter of putting it all together at the races,” Harvey said.

“At her first start she did plenty wrong then at her next she got a bit keen after coming out quickly to lead from the pole.

“The more she learns what it is all about the better she will be and she should be able to win a few races before she gets on her mark.”

With Rogers rating her to perfection, Carol Mccoy staved off a late challenge from Caballo Diablo to score by a neck, with Hard Rock Shannon 11-and-a-half metres away third.

“Ken drove her a treat,” Harvey said. “She got to the line a lot better this time and will benefit from the run.”

Carol Mccoy’s success was the opening leg of a double for Harvey who was also triumphant with Big Behemoth, which was driven by leading reinsman Wayne Hill.

Also leading throughout, the son of Modern Art accounted for Ardens Legacy and Futurist in 2:01.5 over 2050 metres.

Rogers also enjoyed a double having combined with the Claire Goble-trained Smackwater Jack to score from Ultimate Won and Shesshark later in the evening.