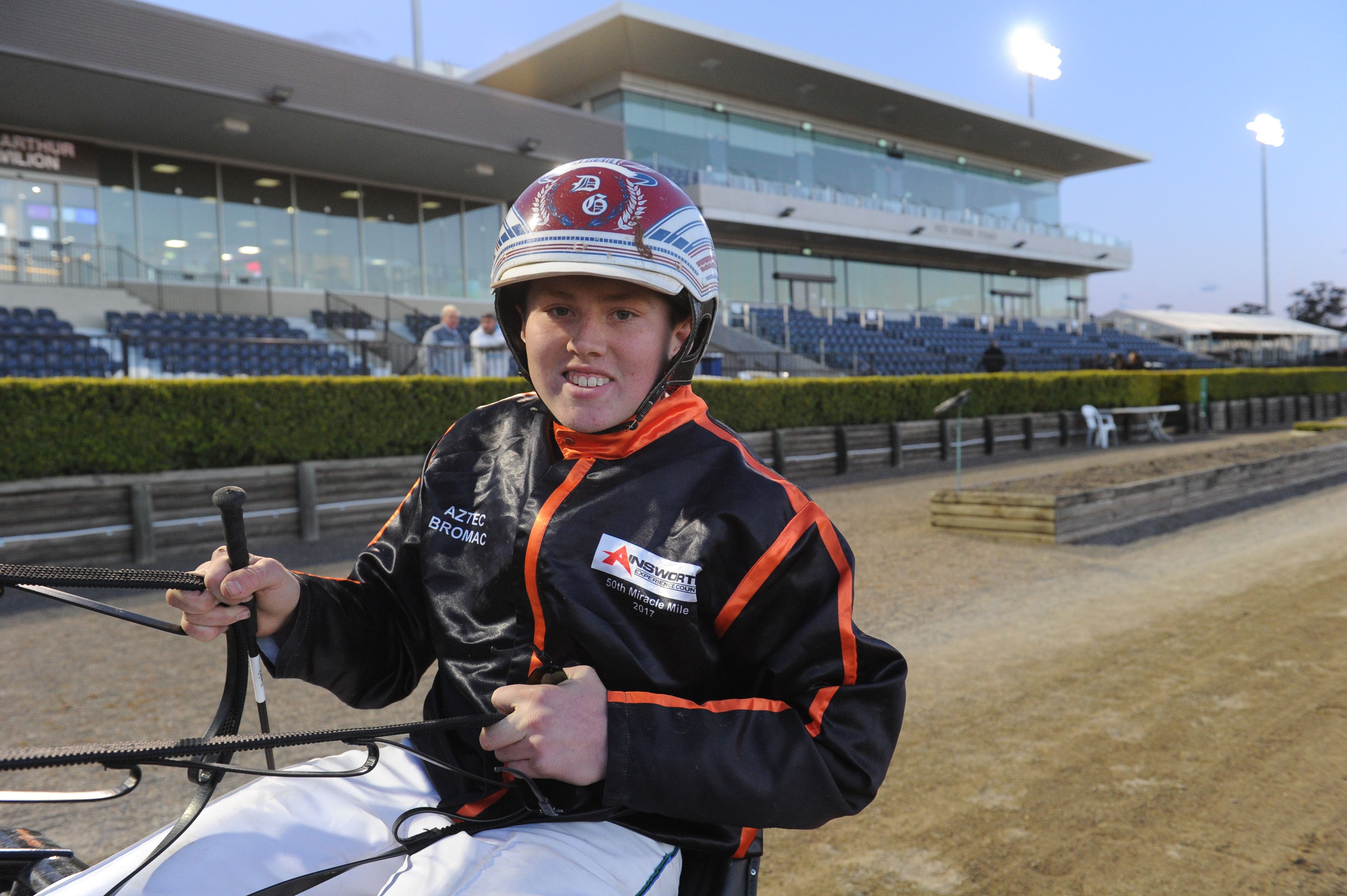 ‘Lucky’ to have a champion back-up

Josh Gallagher16 KerryAnn Morris8
HE already has a century of winners for the season, so leading Menangle reinsman Rob Morris won’t mind playing ‘strapper’ for a few days....

HE already has a century of winners for the season, so leading Menangle reinsman Rob Morris won’t mind playing ‘strapper’ for a few days.

A 10-day suspension incurred for causing some interference while driving Prophesy into fifth place behind Kanena Provlima at Menangle on Saturday night will barely cause a ripple in the juggernaut of winners that has been Lucky Lodge this season.

The stable’s trainer KerryAnn Morris simply comes straight off the ‘reserves’ bench and springs into action at Menangle this afternoon.

KerryAnn and the stable’s star young reinsman Josh Gallagher share most of the stable’s drives today and will provide at least two of the favourites on the seven-race card.

While KerryAnn has been content to drive the stable’s second stringers for most of the year, Gallagher has really been forging a successful career with 33 winners thanks to his concession, putting him in the top echelon of young reinsmen in this state.

KerryAnn has represented the state several times and her training prowess is well documented: she has trained 111 winners this season to be the leading female trainer in this state, 47 winners ahead of her nearest rival, Amanda Turnbull.

Team Morris will look to Gallagher (Agent Maori) and rookie driver Aleisha Bond (Gold Sovereign) to handle their two square-gaiters in the first race, with both expected to be right in the thick of the action over the 2300m.

KerryAnn will have two outsiders in Race 2 and will climb into the bike behind Watchful Lady, while Gallagher drives Our Reactor, but both will have their work cut out beating odds-on favourite Boots Electric.

Then she will take the reins behind $4 favourite Major Lester in Race 3, with the Art Major-bred colt looking to score just his third win from 19 starts for prominent owners and harness racing sponsors Daniel and John Cordina.

Gallagher will partner the talented Petes Said So ($5.50) in Race 5 while Race 7, the Allied Express Claiming Pace will see Morris drive $13 shot Brads Luck for the stable.

Surprisingly, this is the first time KerryAnn has taken a race drive behind Brads Luck, who has four placings from his past six starts at Menangle and has been knocking on the door for a win.

Brads Luck will need some luck of his own though as the consistent The Golden Cross ($2) has two wins and three seconds from his past five starts and looks hard to beat.

From Inter Dominion hero to willing worker –...
Lodge is Lucky with their squaregaiters
Stable star ready to take the next step for KerryA...
Josh off the ‘bench’ and ready for a b...
About author