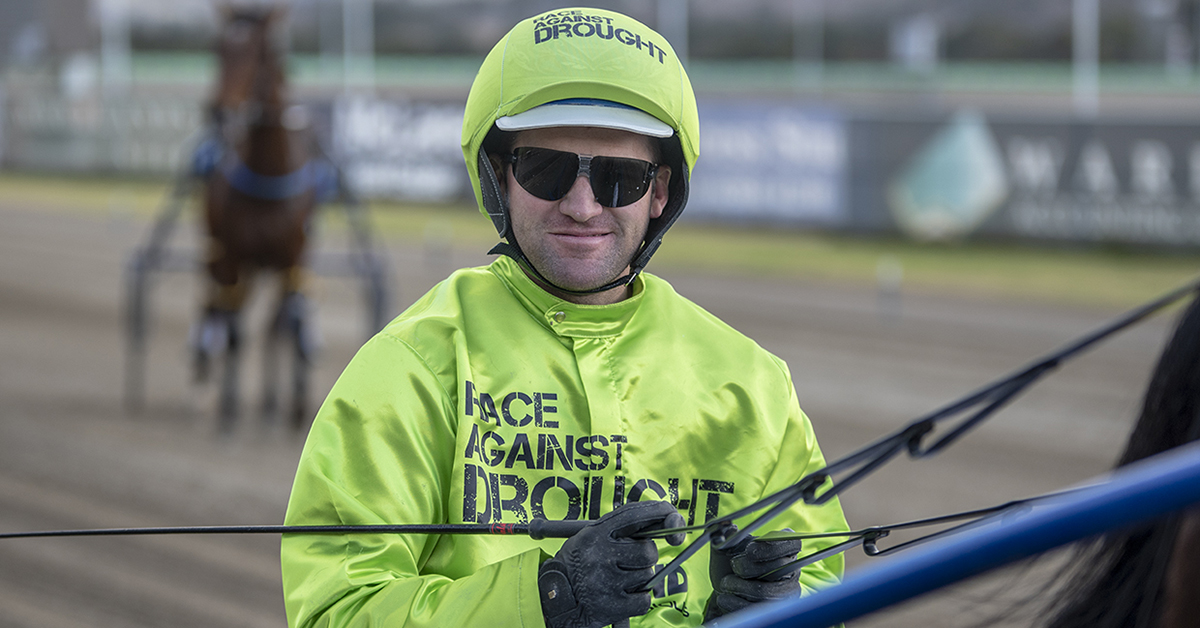 Luke’s looking for a treble

WITH 27 winners already this season, gun reinsman Luke McCarthy is really giving his rivals something to chase. One of the most accomplished harness...

WITH 27 winners already this season, gun reinsman Luke McCarthy is really giving his rivals something to chase.

One of the most accomplished harness drivers in the country, Luke has been forced to watch little brother Todd and Bathurst ace Amanda Turnbull fight out the New South Wales premiership in the past few seasons.

Yet this season he has fired out of the blocks with a new intent and has rarely driven in better form.

Despite a frustrating day at Tabcorp Park Menangle on Sunday where he finished with four placings, despite some superb drives, Luke heads back to the premier track this afternoon with hopes of a winning treble.

Luke will handle at least three favourites on the seven-race card with his best chance likely to be the perfectly-drawn Kiwi Stride, the $2.50 favourite in Race 4.

Luke won on Kiwi Stride at Bathurst last year when the well-bred pacer was trained by Mick Stanley in Victoria.

Now with the Anthony Butt stable, after a short stint under the tutelage of Noel Daley, Kiwi Stride finished a close fourth to Sonny Weaver at Menangle last week with Luke in the sulky.

He also led from a similar draw last week before Luke handed up the front and didn’t really get clear in the straight until the race was all over and you can expect the champion reinsman to be a bit more aggressive at Menangle today to ensure that doesn’t happen again.

Luke links with his stable’s trainer Craig Cross to drive the $3.25 favourite Christmas Toyboy in Race 6

Previously trained by Amanda Turnbull at Bathurst, Christmas Toyboy will have his first run for the new team today and although faced with an awkward draw, having to come from gate seven, the gelding has shown good gate speed in the past and Luke will be hoping to get across and get a cheap sectional to give him a shot at a first-up win.

His other favoured runner, Gotta Go Henry, goes around as an equal $3.50 favourite with the in-form Don Boston in Race 3.

It’s no secret Don Boston will be looking to cross and lead from his outside gate and try to run his rivals into the ground.

And that should suit Luke perfectly as Gotta Go Henry, who went 1:51.9 in scoring a strong win at Menangle three starts back, should get the last shot at Don Boston in the straight and may be too strong for his rivals.

Micky’s thriving in the bush
First 200 metres will tell the story, says Luke
He makes me look good, says Painting
This ‘journo’ has found a happy home i...
About author