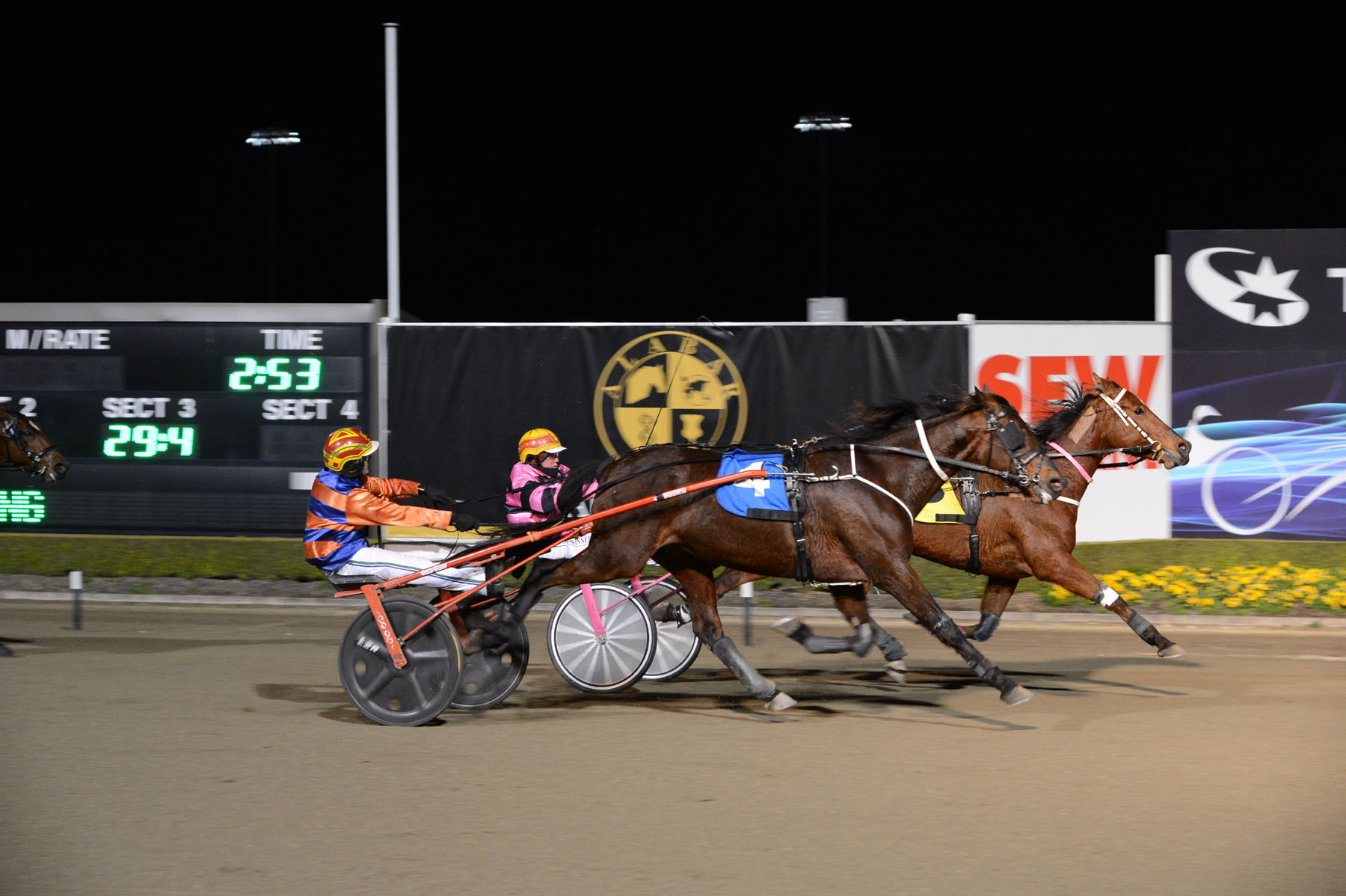 Another night, another double

HUSBAND and wife team Shane and Lauren Tritton combined to score another double at Tabcorp Park Menangle on Saturday night.

Lauren opened her account with the $1.50 favourite Lombo Kotakinablu when it recorded its third consecutive win, taking the top prize money in the feature race, the Group Three Cordina Chickens Final.

The six-year-old gelding produced the fastest run of the meeting and its career when it crossed the line to win in 1.50.7s, more than eight metres ahead of nearest rival, the Darren McCall-trained Feel The Courage.

Lombo Kotakinabalu hit the front at the start of the race and never looked in trouble.

Approaching the final bend, Tritton opened up a gap of a few metres from the chasing pack and continued to extend the lead, sprinting away to the finish line.

She didn’t have to wait long for her next winner.

Tritton notched her double with Katy Perry ($2.30) in the following race.

She adopted different tactics with the four-year-old mare, choosing to settle in midfield at the start of the race.

Meantime, in the meeting’s sole trotters’ event, Glenn McElhinney guided six-year-old mare Luvstuenthral ($6.60) to victory, winning by a head, during a close finish with Sunset Tour.

That was a drive the great ‘J.E.’ woul...
Two lots of four equals six!
Back in the gig and back for a win
Final hit out before heading interstate
About author