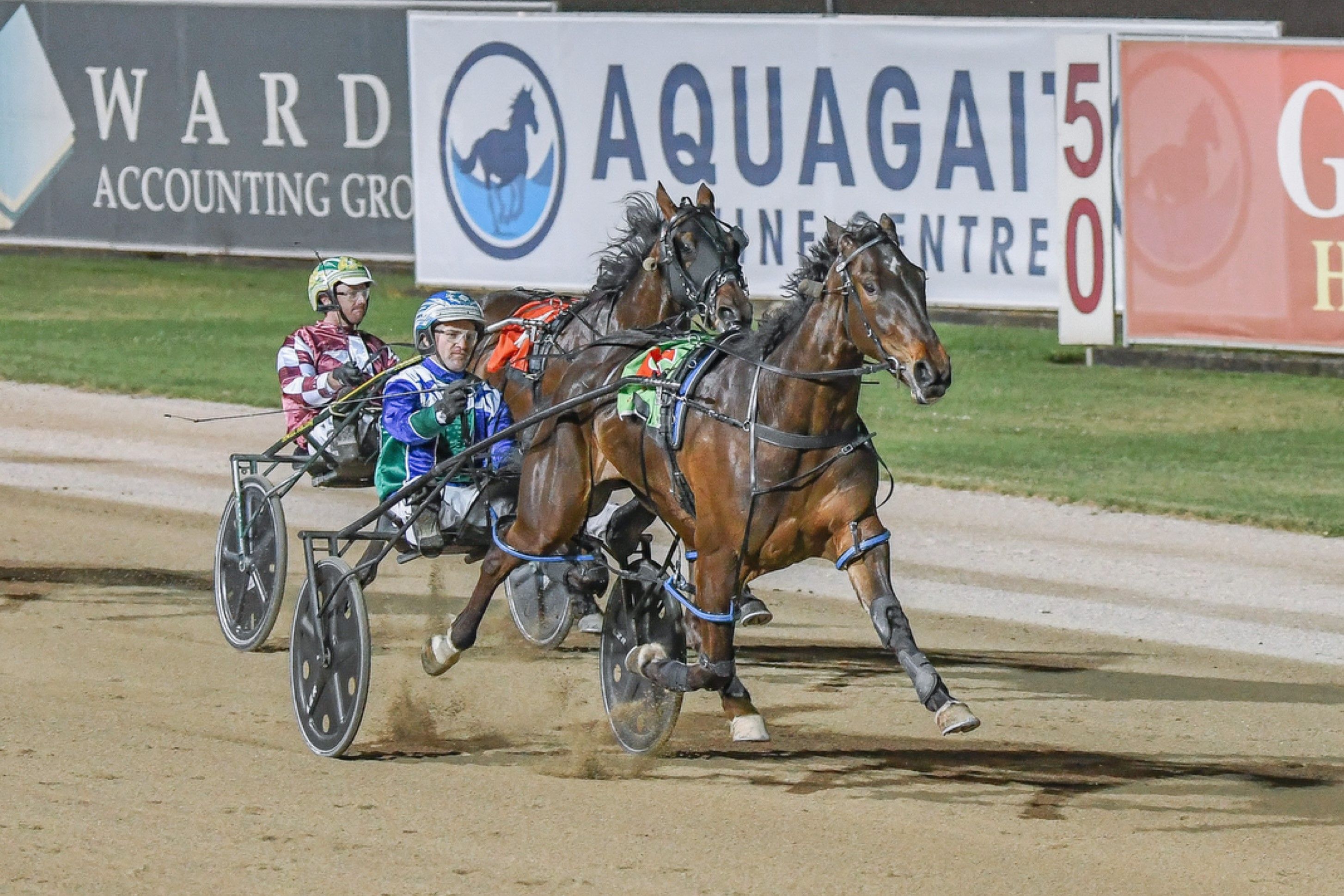 Soho Almasi2
IT’S difficult to go home disappointed after winning three Group 1 features in one night. Yet even Luke McCarthy must have been wondering what...

IT’S difficult to go home disappointed after winning three Group 1 features in one night.
Yet even Luke McCarthy must have been wondering what might have been after being first past the post in all four of the $125,000 Breeders Challenge features run at Tabcorp Park Menangle tonight.
While many horsemen might have been satisfied to win one – or even two – of the big ones, McCarthy was on a mission to win all four.
And even after his victories with Mach Dan (three-year-old colts) and Bar Room Banta (two-year-old colts), he still felt his best chance all night was outstanding three-year-old filly Soho Almasi.
And the ace reinsman drove the daughter of Mach Three accordingly, and positively, as he scored a four-metre win in the two-year-old fillies’ final, beating Anntonia and Arma Renegade in a slashing 1:51.9, setting an Australasian class record in the process and breaking the previous record by four-tenths of a second.
McCarthy had earlier declared that Soho Almasi was something special and the Craig Cross-trained youngster didn’t let him down, settling perfectly in second and third spot before overpowering her rivals in the run home to give McCarthy his hattrick of majors for the night.
. . . and it was almost four after he was first past the post with Keep Rockin only to lose the race to Pelosi in the stewards’ room after some interference as the two three-year-old fillies slugged it out in the run to the line.
Jimmy Douglas alleged interference in the run home – and the stewards agreed as Pelosi was awarded the race.
McCarthy has had many amazing nights at Menangle and regularly lands a hat-trick of winners at Australasia’s leading track, but he’ll be hard-pressed to top a night like this and will head back to Cobbitty planning his next assault with the stable’s bottomless pit of open-class performers, led by King Of Swing and Cash N Flow, among others.
For the moment though, Soho Almasi is the toast of Sydney’s most successful harness racing stable and both trainer and driver will be sorry to see her return to Michael Stanley’s Victorian stables to be set for their Breeders series in a few weeks’ time.

Looking for a night out with ‘Soho’
About author