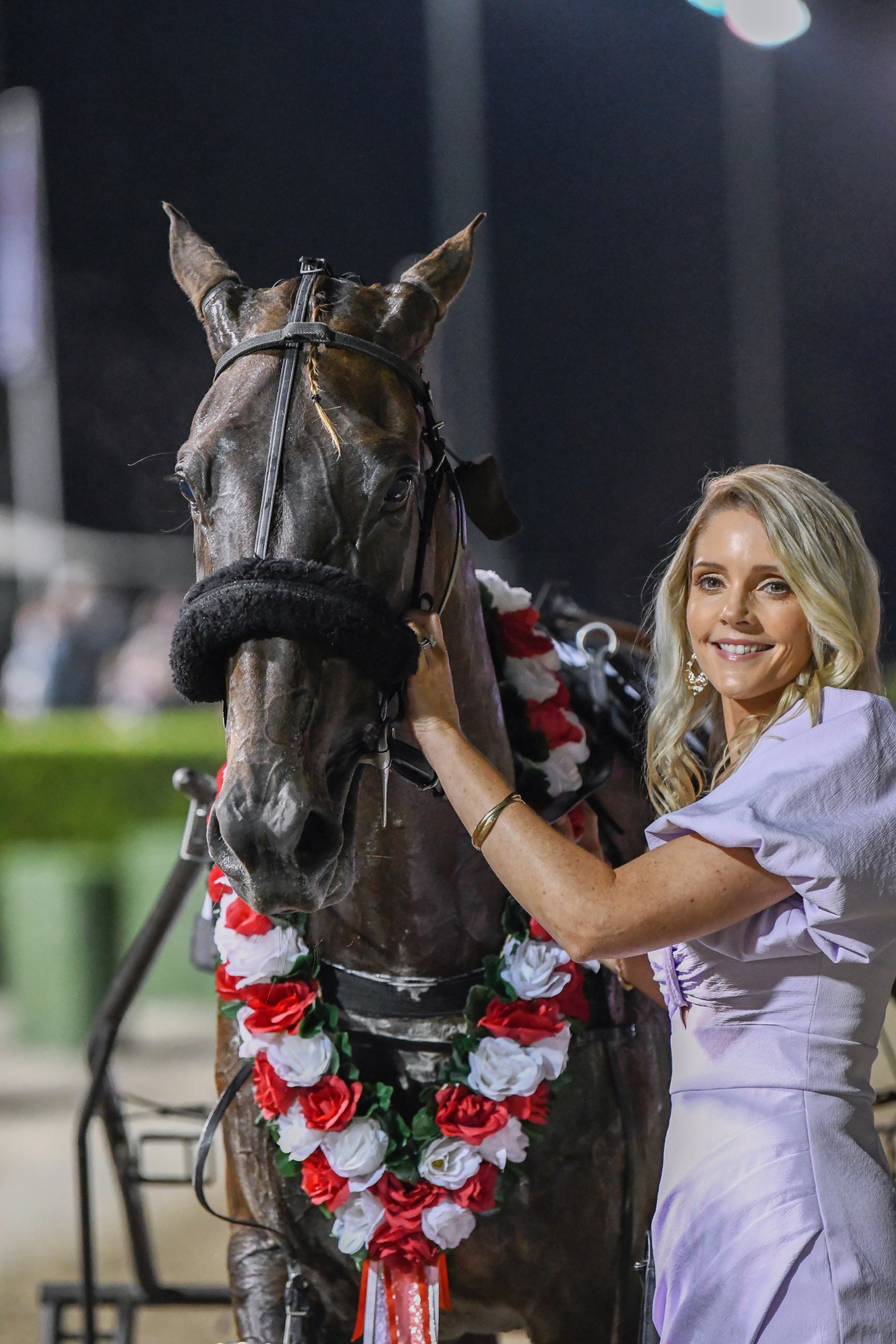 ALL week the experts have been lamenting his absence from the $1m Miracle Mile. And Mach Shard certainly added to that argument with a...

ALL week the experts have been lamenting his absence from the $1m Miracle Mile.
And Mach Shard certainly added to that argument with a scintillating win in tonight’s $100,000 Ainsworth Free-For-All at Tabcorp Park Menangle.
The Belinda McCarthy-trained and Luke McCarthy-driven former Kiwi raced right up to expectations when he romped away from stablemate Star Galleria (Jack Callaghan) and Burnham Boy (Blake Fitzpatrick), rating 1:53.2 in a four-metre win which had class written all over it.
It was a nice consolation success for the six-year-old and Luke later paid tribute to champion New Zealand trainer Barry Purdon for sending the horse across to their stable to chase some of the rich plums on offer here.
“With a little bit of luck, he’d have been in the Miracle Mile but he didn’t get a clear shot at them until too late last week,” he said.
“The way he was travelling I knew he would be in the finish and just needed a clear shot at them; he followed Bright Energy and had a lovely run into the race.
“I knew he’d finish really well.
“He’s here to stay and hopefully he’ll continue to improve, and we can chase some of the big races along the way.
“He’s just a lovely horse.”
McCarthy would agree he might be the perfect horse for next year’s Miracle Mile.
And the way he put this field of stars, with the race normally regarded as a Miracle Mile consolation race, no-one would argue his credentials.
The speed went on early over the mile with One Change, Kowalski Analysis and Balraj jostling for the front and the early honours.
While One Change (Shane Graham) held firm, Balraj settled third before coming one off and racing without cover for the rest of the journey.
Stablemate Bright Energy landed a one-one trail and Mach Shard finished up with a charmed run in the box seat.
From there he looked the winner a long way from home and had little problem rounding them up in the straight.
Star Galleria ran home well for second spot with Burnham Boy coming from three back on the pegs t o grab third, just ahead of the fast-finishing Western Sonador.

Showing maturity beyond his years
Suspensions remain but RAD appeal on the cards
Go cuz…you can do it!
Classy youngster joins select sorority
About author