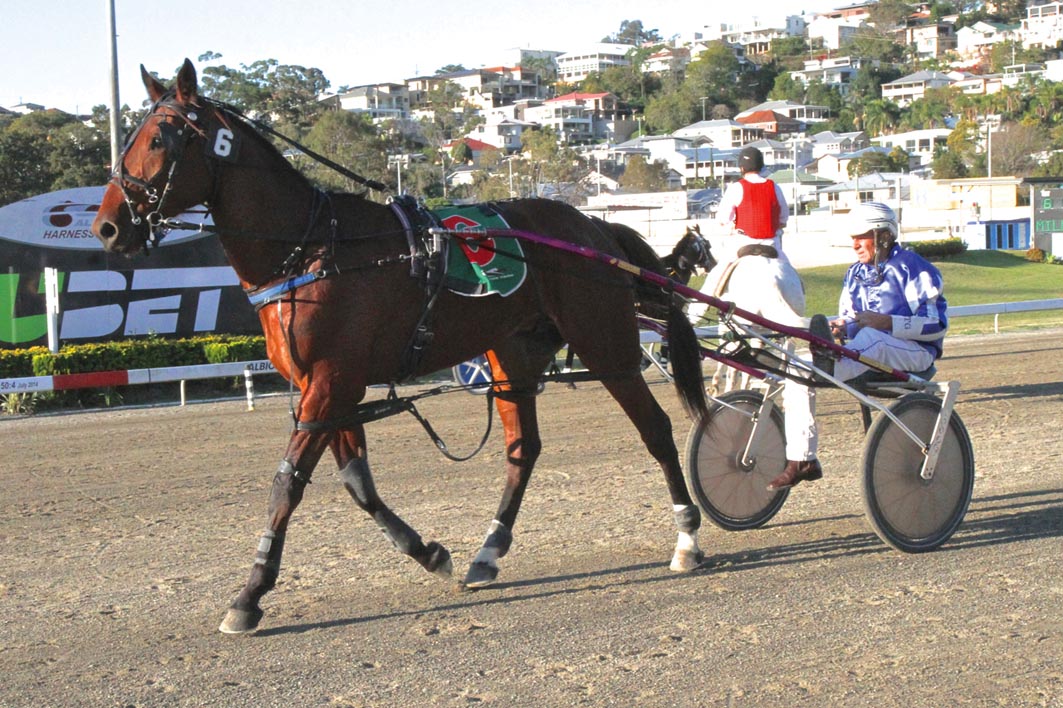 Macho to prove he’s the man!

IN-FORM pacer Mucho Macho Man will step out of his comfort zone on Saturday night.

During the weekend, however, the gelding will venture to Albion Park where he faces a step up in grade.

On top of that, Mucho Macho Man has drawn the inside of the second row, which Graham believes will make the task at hand “interesting”.

“He was going average, so I headed to Redcliffe with him,” Graham said. “Since racing there he has found form and been doing very well.

“He’s getting a bit confident, so I’ll take him to town and see how he goes.

“Like I said, he has found form, but this is another level.”

With no major plans in mind for the five-year-old, Graham will select suitable targets as they become available.

“For now I will just keep poking him around in town and see how he goes,” Graham said. “This time in he has gained a bit of zip, hopefully he can handle that step on the weekend and beyond.”