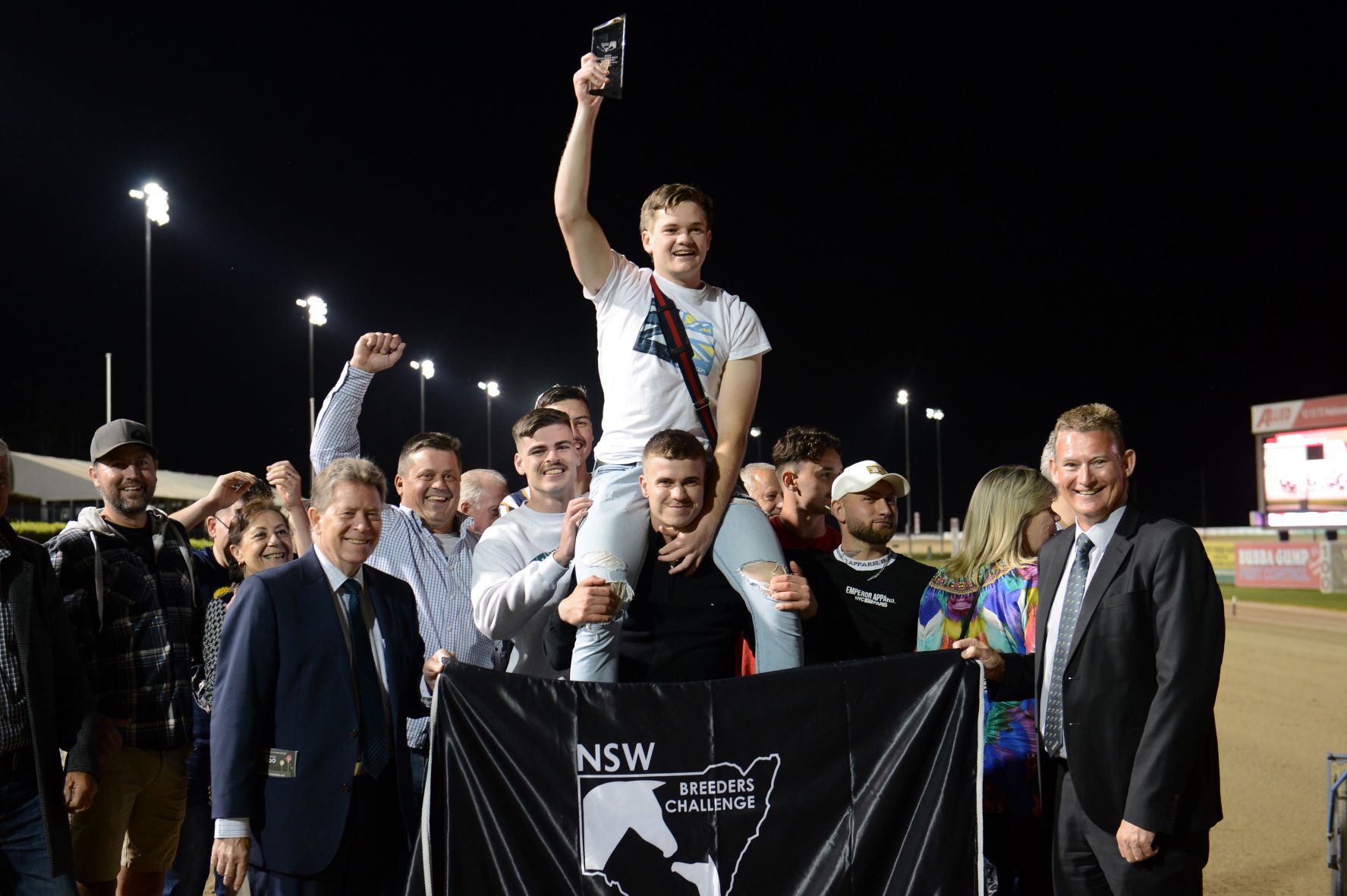 Madrid puts a smile back on Alchin’s dial

Jarrod Alchin12 Madrid3
MENANGLE Park trainer Jarrod Alchin admits he doesn’t have a lot of horses in his barn that can match it with his young star...

MENANGLE Park trainer Jarrod Alchin admits he doesn’t have a lot of horses in his barn that can match it with his young star My Ultimate Byron.

Luckily Madrid is one that can.

And the classy youngster showed her true mettle tonight, scoring an all-the-way win in the $150,000 Breeders Challenge two-year-old fillies final for her owner Travis O’Grady, who only bought the horse a couple of months back.

Luckily for Alchin, O’Grady decided to leave the filly under Alchin’s tutelage and she looked every inch a future star, going just one-tenth of a second outside of Soho Almasi’s track record, rating 1:51.9 to give Cameron Hart his lone Group 1 success of the night.

Both Hart and Alchin were disappointed earlier when My Ultimate Byron was surprisingly beaten in the two-year-old colts and geldings final, going under to Queensland visitor Tims A Trooper.

Yet Hart made no bones about the fact he felt Madrid was his best drive of the night as the filly quickly held her rivals out when the starter let them go and made the most of her inside draw with an opening 27.4 first quarter of the mile.

Hart was then able to gain a slight breather with a 29.6 second split before putting his foot down with a 27.6 third split before opening up in the run to the line with a 27.3 closer to score a three-metre win over Silk Cloud (Luke McCarthy) with second favourite Captains Queen (Brad Hewitt) a nose further back in third place after gaining a perfect one-one trail throughout the race.

Alchin explained that he always had a decent opinion of Madrid, a beautifully-bred daughter of Bling It On out of the Lombo Mandingo mare Lillylane and bred by ace Canberra horseman Frank O’Sullivan.

“She hasn’t always had the best of manners but it’s all starting to come together,” said Alchin.

“She’s got great speed and that’s a huge asset to have.”