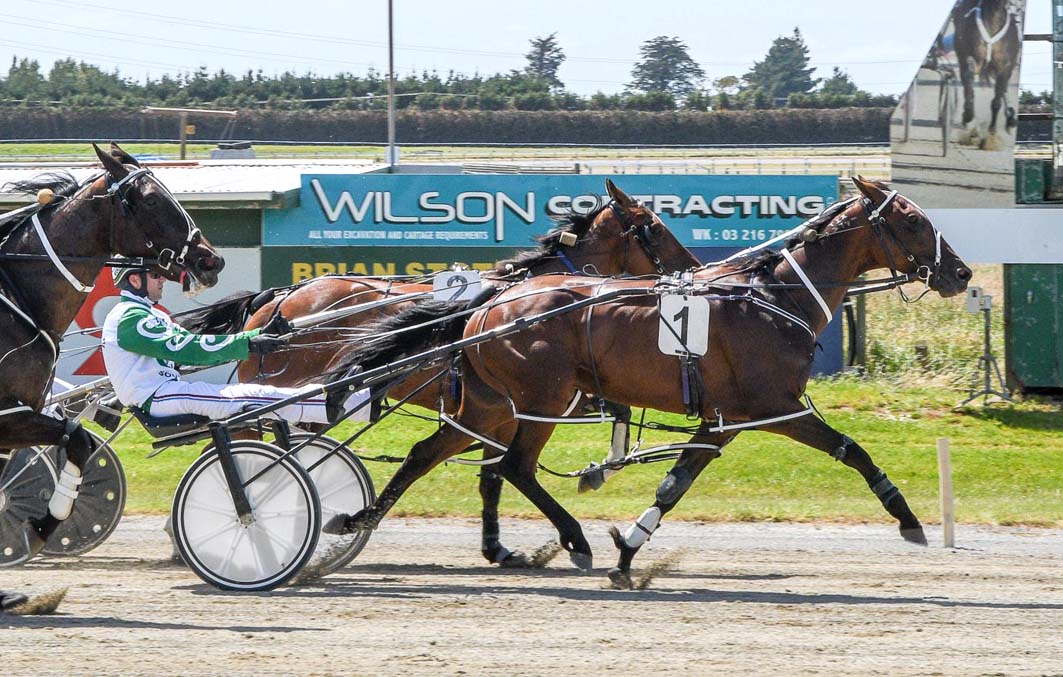 THERE was just one thing nagging Graeme Anderson after Eamon Maguire’s success in last night’s $150,000 New Zealand Messenger Championship at Alexandra Park. “The...

“The only problem is we didn’t get any odds for him in the Jewels before last week because they never opened a market,” said the Otago horseman, who sent his charge to Mark Purdon and Natalie Rasmussen last month.

“We probably would have got 80/1 before his first start for Mark and Natalie.”

Eamon Maguire was a sensational second in last week’s Taylor Mile and subsequently went out favourite ahead of his Group One win.

The son of Art Major showed brilliant gate speed to lead early before Rasmussen elected to take a trail behind Star Galleria.

Angled into the clear on the home turn, Eamon Maguire dashed to the lead before scoring by a head from a gallant Star Galleria, with A Gs White Socks a length away third.

“There was no set plan going in to the race, but he burned early and worked hard so when Tony came looking I was happy to take a sit,” Rasmussen said,

“They were all pretty tired at the finish, but once he was in front he didn’t want to give it away.”

Rasmussen paid tribute to Anderson for sending her and Purdon a pacer which was fit and raring to go.

“It was the same as Titan Banner – he was ready to go when he got here,” Rasmussen said. “Graeme had done a great job.

“He’s a horse really going places I think. Graeme has looked after him and been patient and it’s paying off now.”

Anderson confirmed Eamon Maguire would stay the Purdon and Rasmussen through to the Jewels.