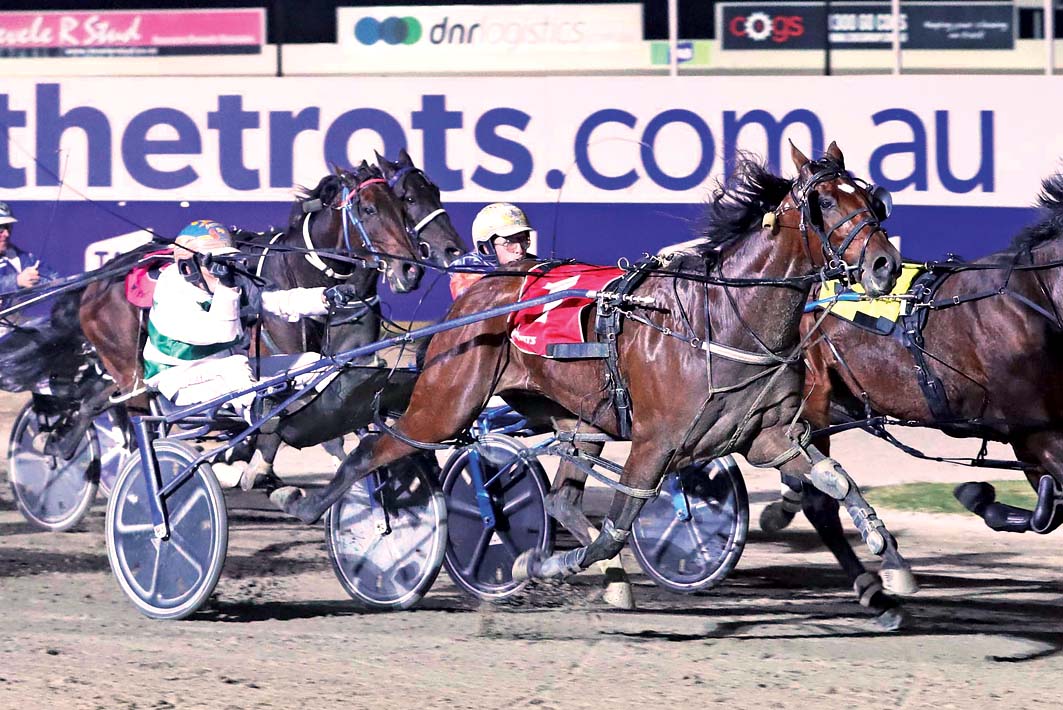 VICTORIAN participant Ryan Duffy has gone from being a young bloke taking his time to a man in a hurry. Obtaining his metropolitan driver’s...

VICTORIAN participant Ryan Duffy has gone from being a young bloke taking his time to a man in a hurry.

Obtaining his metropolitan driver’s licence just three weeks ago, the 22-year-old registered his maiden city win at his second drive at Tabcorp Park Melton during the weekend.

Trained by Keith Cotchin, Hes Okey Dokey caused an upset by scoring at $18.90 on the tote.

Enjoying the run of the race behind the leader, Hes Okey Dokey was angled away from the pegs along the home straight before sprinting to victory from Audi Hare and Partyon in 1:53.9 over 1720 metres.

“I only got my metro licence earlier this month and to win with my second drive is great,” Duffy said. “It’s a big thrill to win in town and I can’t thank Keith enough for giving me the drive.

“Hopefully it is the first of many wins in Melton.”

Fast forward to Saturday night and Duffy is looking to enjoy the thrill of Group One glory!

Duffy – son of respected horseman, Steven – has been entrusted to partner Single Tree Road in the Australian Pacing Gold Final at Menangle.

Successful in her heat, which doubled as her debut, Single Tree Road has drawn barrier seven, but slots into six with the removal of the emergency.

The Michael Stanley-trained filly won her qualifier from gate six when driven by trainer Chris Alford.

“It’s pretty exciting to be driving in a Group One,” Duffy said. “It would be a dream result if she won.

“The draw makes it awkward for her against so many top fillies, but she has been working well and is in with a chance with the right run.

“I’ve been working for Michael for four months and I’m loving my time there and grateful for the opportunities I’m getting.

“I’ll certainly be trying my best to repay the faith shown in me.”

Stanley also has Soho Nolita in the $328,000 feature, with the daughter of Mach Three facing a daunting task after drawing 11.

Soho Nolita, to be driven by Stanley, will begin from nine once the emergencies are taken out of the equation.