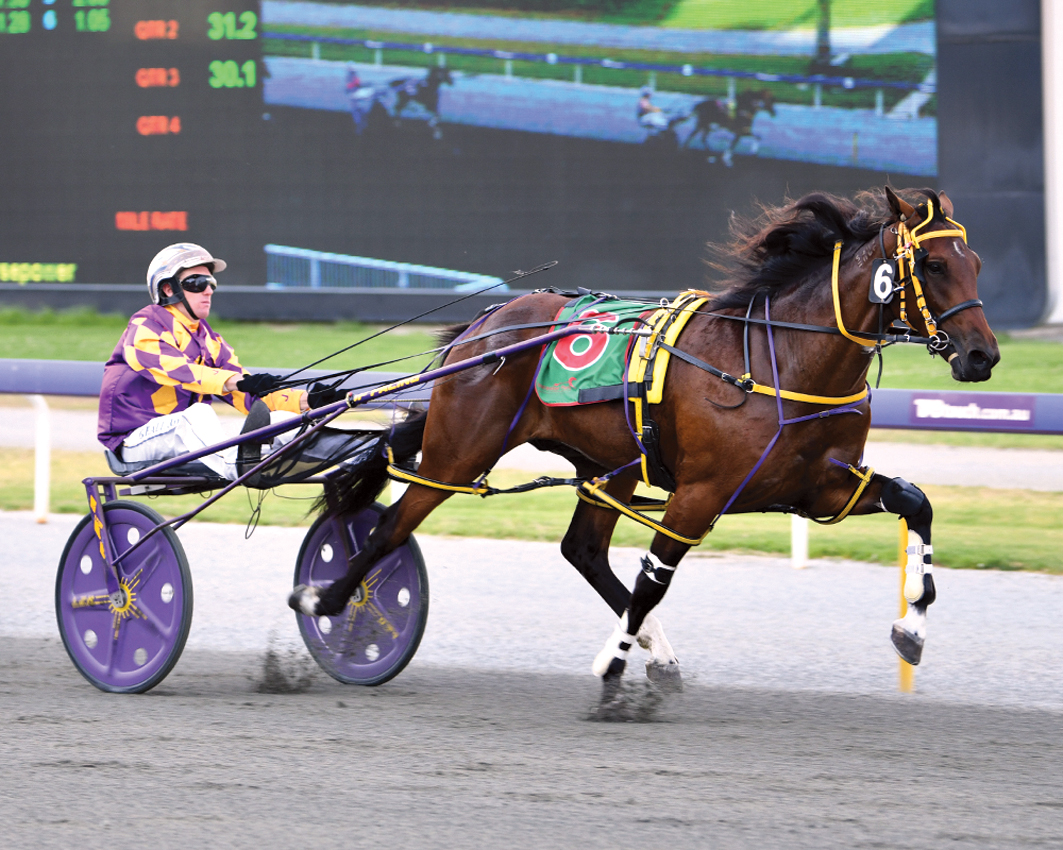 Major in command to claim second Group One

WITH a pair of Group Ones already to his credit Major Martini will be given the opportunity to add another to his impressive tally...

WITH a pair of Group Ones already to his credit Major Martini will be given the opportunity to add another to his impressive tally before the end of the season.

Winner of last night’s Westbred Classic at Gloucester Park, the Australian Pacing Gold purchase will be kept fresh before returning to headquarters for the Golden Slipper.

Trainer Justin Prentice has set his sights on the $125,000 event which is scheduled to be conducted on July 13, with the feature to double as Major Martini’s last start for the term.

“He won’t race again now until the Golden Slipper which is on a Saturday night in two weeks,” Prentice said.

“I’ll give him an easy few days then get him ready for that.

“The Slipper will be his last run for the season before he heads for a good spell.”

With Prentice holding the reins during his latest victory, Major Martini was caught in the ‘death seat’ early from barrier two before gaining a trail behind Jaxon Jones as Aristocratic Star – also trained by Prentice – set the pace.

Forced four-deep around the home turn, the son of Art Major quickly sprinted to the front before completing a six-and-a-half metre win from his stablemate, with Jaxon Jones fighting on tenaciously to be a head away third.

“That was a much better run from him,” Prentice said. “While he has always been good in his work in his last couple of starts he hasn’t been on his best manner and raced as good as he can.

“So while I was confident he could win, I just wasn’t sure how he was going to perform on the night.”

Stable joke has the last laugh
When the chips were down, they couldn’t beat...
Wonder women to teach boys a lesson
Driving for a good cause
About author