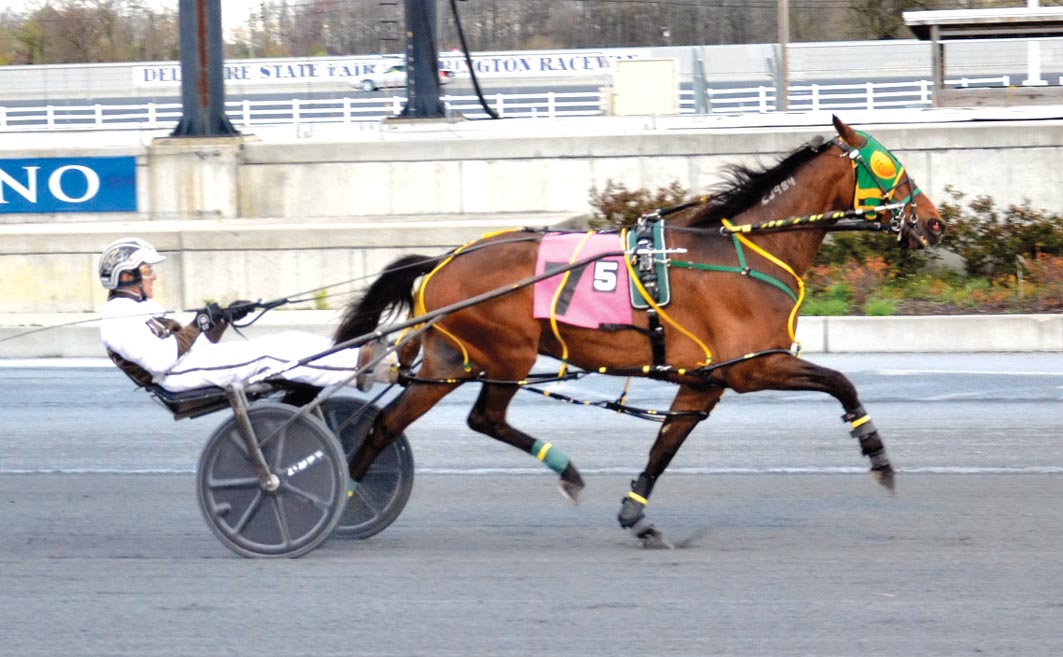 HANDY pacer Major Uptrend was a dominant winner in yesterday’s $16,000 Open Pace at Harrington Raceway. Heavily supported to start at $2.60, the son...

Heavily supported to start at $2.60, the son of Somebeachsomewhere left from post position six and immediately made the front.

With reinsman Tony Morgan maintaining an even tempo, Major Uptrend was never headed on his way to a 1:53 win over Dialamara and Sawbuck Hanover.

Owned by Crissman Inc. and Niss Allen Inc., it was the fifth win of the year for the Tim Crissman-trained seven-year-old, which has banked more than $533,000.

Major Uptrend, a former $177,000 yearling, recently completed a banner meet at Dover Downs, with multiple wins in the Preferred ranks.

Elsewhere on the card, driver Mike Cole had three winners on the 13-race card, with Morgan and Eddie Davis junior registering doubles.