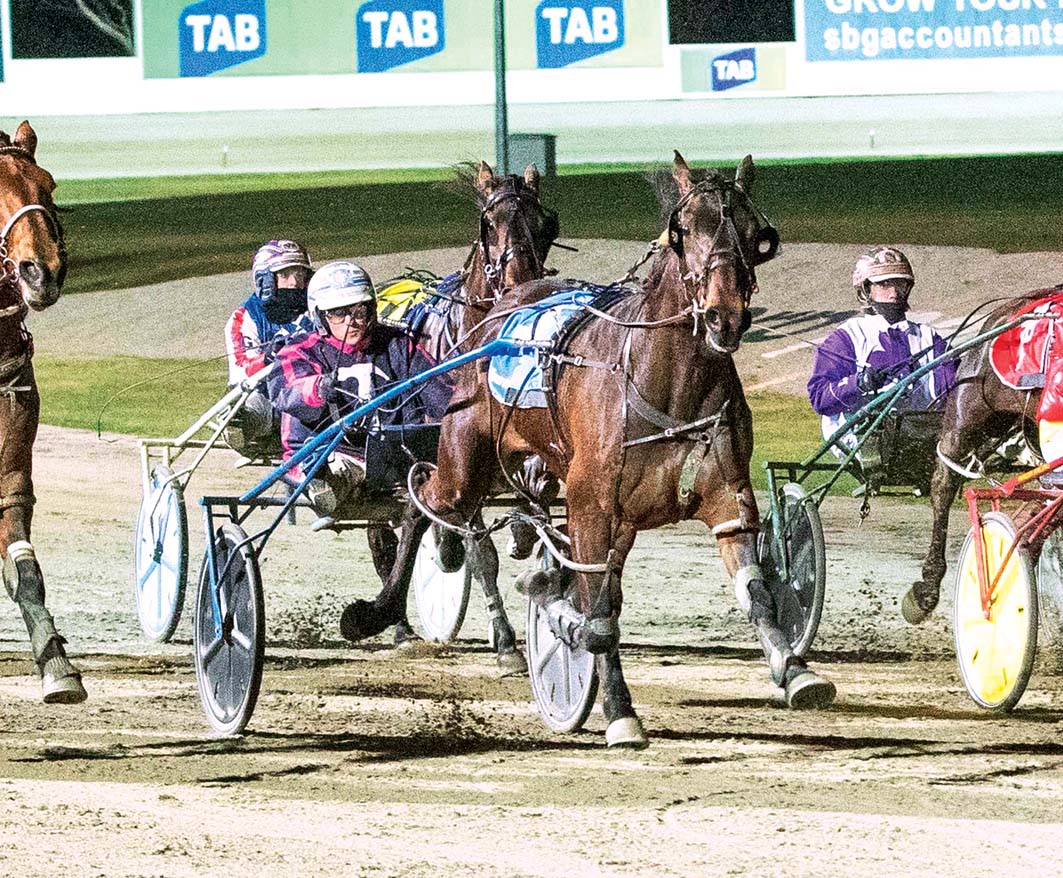 Make an Inters error, and this opportunist is ready to strike

David Aiken6 Malcolms Rhythm2 Max Delight1
NOBODY took too much notice when Avenel (Victoria) trainer David Aiken hit Menangle with a truckload of horses earlier this year. Sure, the former...

NOBODY took too much notice when Avenel (Victoria) trainer David Aiken hit Menangle with a truckload of horses earlier this year.

Sure, the former New South Wales-based horseman won a handful of races and probably stayed a few weeks longer than he originally intended, owing to the pandemic.

Yet what the master trainer was doing was introducing some of his team to the ‘Menangle-style’ of racing.

And among them were Malcolms Rhythm and Max Delight.

Now that pair are back and will line up in tonight’s $500,000 TAB Inter Dominion Grand Final for the pacers and both expected to start at double-figure odds.

And even Aiken admits he might need a few things to go his way for either of them to figure in the finish.

Yet neither of them can be written off as Aiken lhopes one of them can emulate his once-in-a-lifetime horse, Lennytheshark, who won the 2015 Inter Dominion Championship in Western Australia.

His reinsman on that magical day was Chris Alford, who will be aboard Victoria Cup winner Max Delight tonight, while Aiken’s son Josh will partner Malcolms Rhythm.

The astute Aiken gave Malcolms Rhythm five Menangle starts in August and September for one win and a second placing, while Max Delight had six Menangle starts in July and August for two wins and two thirds before both headed back to their Victorian base.

“My two are opportunists . . . and they’ve proven that right through their careers.

“I’m happy with Max Delight’s draw. He’s gone well from the back row in the past.

“He’s come through his runs well, he can follow pace and is a good finisher and if they go to war, he’ll be running home.”

Aiken said Malcolms Rhythm had not surprised him in making the final.

“He ran a great third at Bathurst and got too far back at Newcastle. He’s just a true professional, he’s not the best horse in the race but he’s certainly not the worst and the best thing about him is that he tries so hard,” he said.

Aiken says as a young kid the Inter Dominion was always a race he wanted to win and he described himself as a proud New South Welshman, even though he now lived and trained in Victoria.

He’s climbed that mountain once – and he’d love a return journey to that peak.