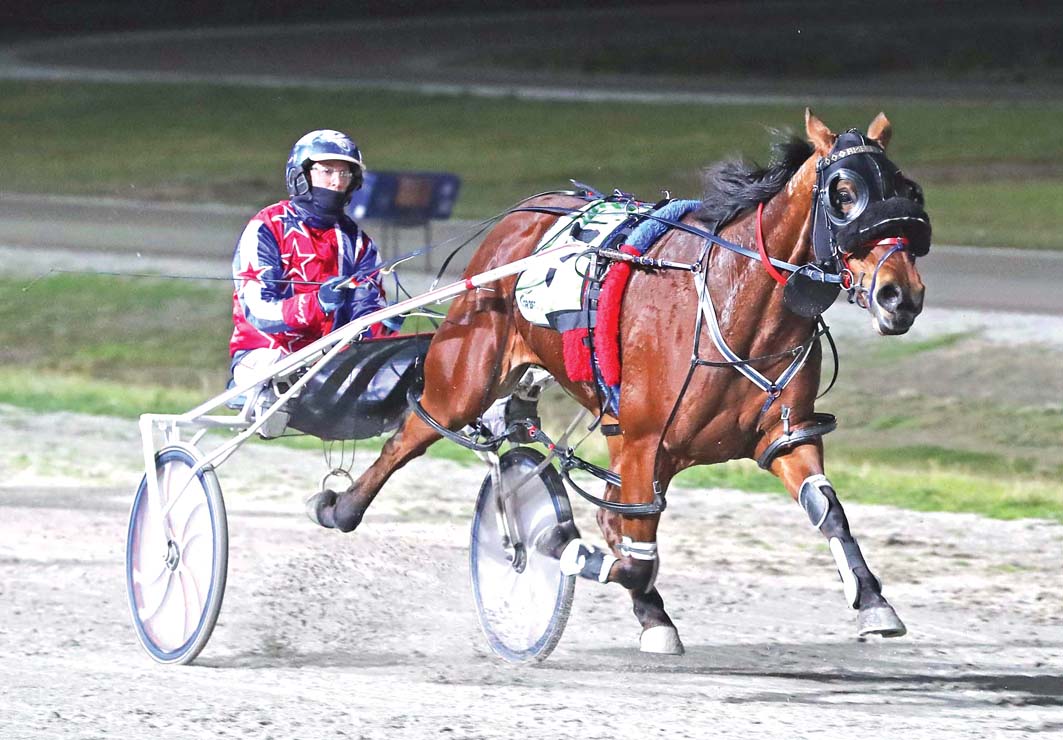 Manning provides hint ahead of Ladyship

WORLD champion horsewoman Kerryn Manning has provided punters with a hint ahead of tonight’s Ladyship Mile at Tabcorp Park Menangle.

With two runners engaged in the prestigious sprint, Manning has elected to partner Ameretto, which is out to break her Group One hoodoo.

Ameretto has contested 15 Group Ones, including four since being transferred to Manning.

As it stands, the daughter of Million Dollar Cam has registered four seconds and a third, with one of those seconds behind Lennytheshark in the Victoria Cup last October.

Ameretto was also a respectable fifth in the Hunter Cup earlier this month.

Given her soft spot for the six-year-old, and the barrier draw, Manning will drive Ameretto ahead of her stablemate, Our Golden Goddess.

Our Golden Goddess is unbeaten from six starts this season, including the Group One Ladyship Cup at Melton last month.

“Ameretto has drawn slightly better in barrier two and is a good chance of finding the front from there,” Manning said. “If she does get to the lead, she will run along at a pretty night speed and will be hard to beat.

“Our Golden Goddess was drawn four, but moves into three now because of the scratching, and should be able to get a good trip from there, which will see her coming home strongly.

“Both are in great shape and capable of winning, but I’ve gone with Ameretto from the draw.”