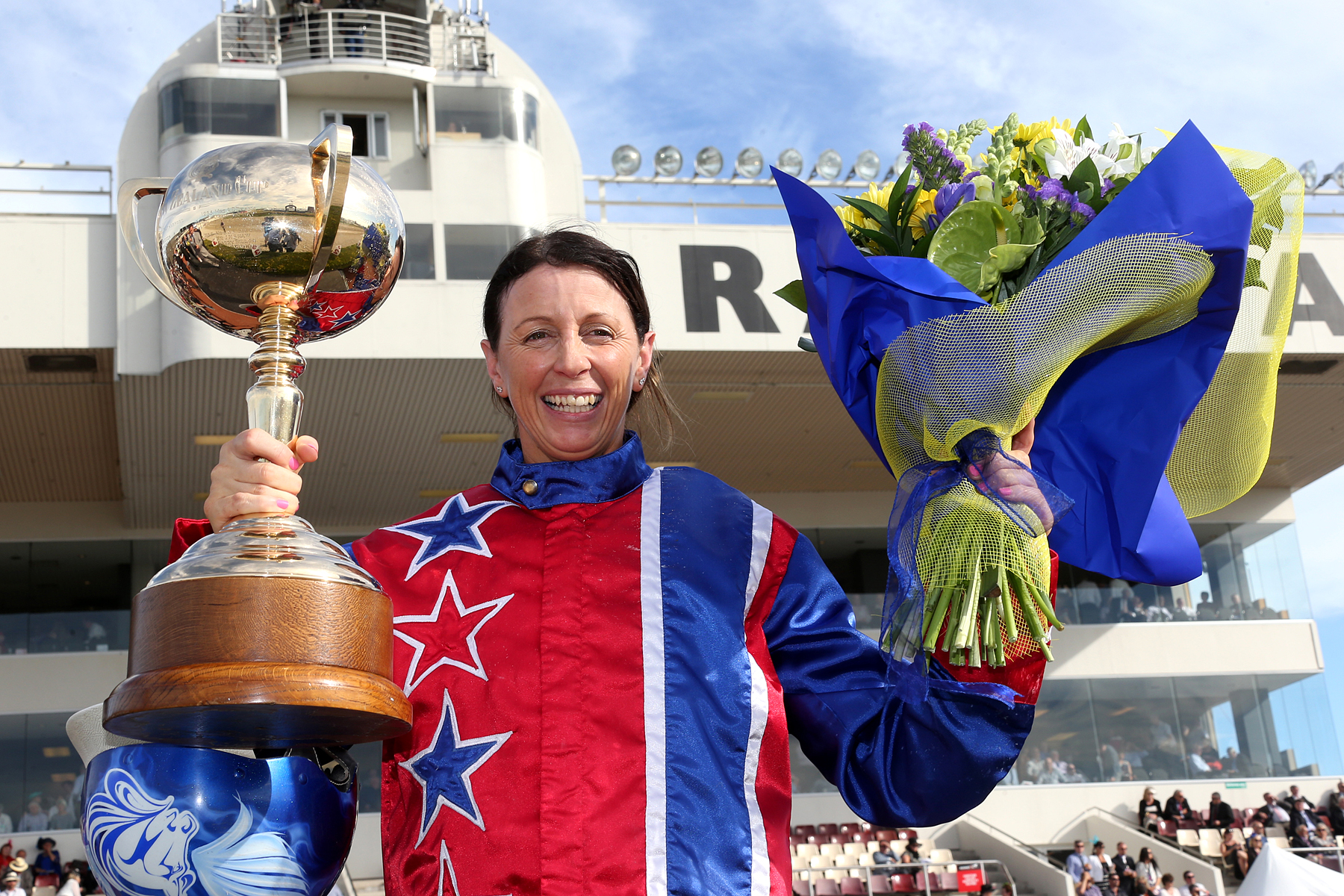 Kerryn Manning1 reinswoman2 Tabcorp Park Melton20 Victoria17 Wonder Woman1
AUSTRALIA’S very own ‘wonder woman’ Kerryn Manning is poised to establish yet another record. Already the world’s most successful reinswoman, Manning is about to...

AUSTRALIA’S very own ‘wonder woman’ Kerryn Manning is poised to establish yet another record.

Already the world’s most successful reinswoman, Manning is about to overtake American Julie Krone as the leading horsewoman.

Thanks to her victory with Ameretto at Tabcorp Park Melton last Friday night, Manning sits equal with Krone, who won 3705 races as a jockey.

During her magnificent career Krone captured a host of majors, which saw her inducted into the Racing and Hall of Fame.

Manning’s journey towards the title continues at Terang tonight, where she will partner classy four-year-old Mr Mojito.

Despite being the sole starter along the back row, Mr Mojito is a $1.90 favourite.

A long time supporter of Manning, owner Merv Butterworth – who co-owns his team with his wife, Meg – is proud of the prospect his gelding is likely to provide the dual Vin Knight Medallist with the record-breaking triumph.

“It will be great if one our horses can deliver that record for Kerryn,” Butterworth said. “She became the first reinswoman to win the New Zealand Cup when she drove Arden Rooney for us.

“Unless he loses a wheel, it is hard to see Mr Mojito being beaten tonight.

“But if he is, Kerryn’s next drive is another of our horses, Matatoki, which is the favourite at Geelong tomorrow night.”