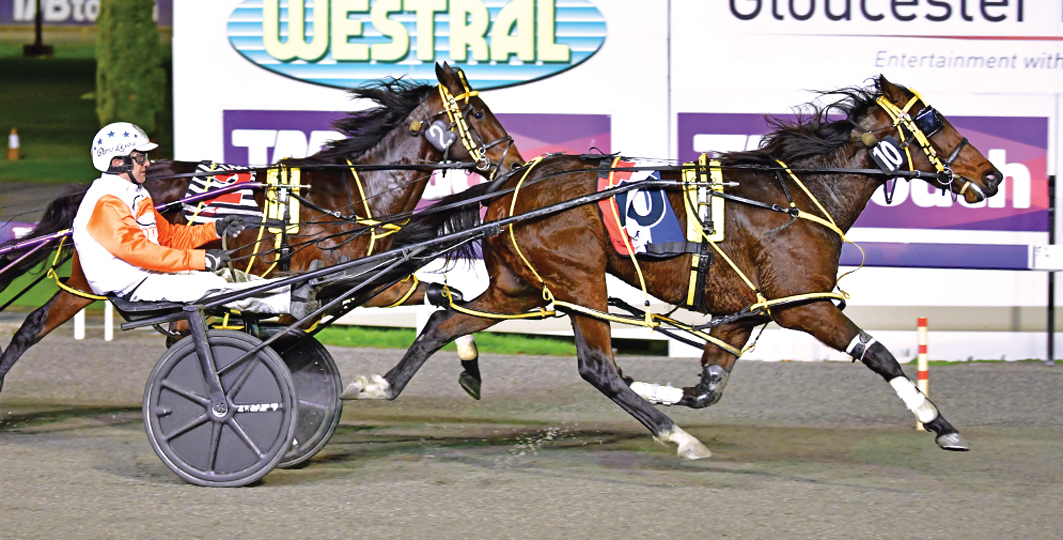 A PAIR of Group Ones and a spell – that’s what awaits classy youngster Manning. Triumphant in Friday night’s Pearl Classic at Gloucester Park,...

A PAIR of Group Ones and a spell – that’s what awaits classy youngster Manning.

Triumphant in Friday night’s Pearl Classic at Gloucester Park, Manning has been aimed at the Westbred Classic by trainer Justin Prentice.

The $125,000 feature is scheduled to be conducted at the same venue in a fortnight.

Should the Australian Pacing Gold purchase perform to expectations he will then be set for the Golden Slipper on July 12.

Prentice will then put the son of Sportswriter into a paddock with the hope he can return as a Derby contender next season.

“He’s already done a great job and with a bit of luck he will keep that going for another couple of starts,” Prentice said.

“He has the Westbred in a couple of weeks, and if he goes well enough in that, we’ll head towards the Golden Slipper.

“Them I’ll give him a good break and see how he comes back next time in.”

The sole starter along the second line Manning was settled two-back in the running line by Chris Lewis as his stablemate Aristocratic Star led from barrier two.

Angled three-wide without cover at the bell, the gelding sustained a strong sprint to complete a two-and-a-half metre win from the pacemaker, with Tenacious George five metres away third.

“That was a pretty good run from both of them,” Prentice said. “I thought Manning went a little better in his heat, but he still went well enough to win.”