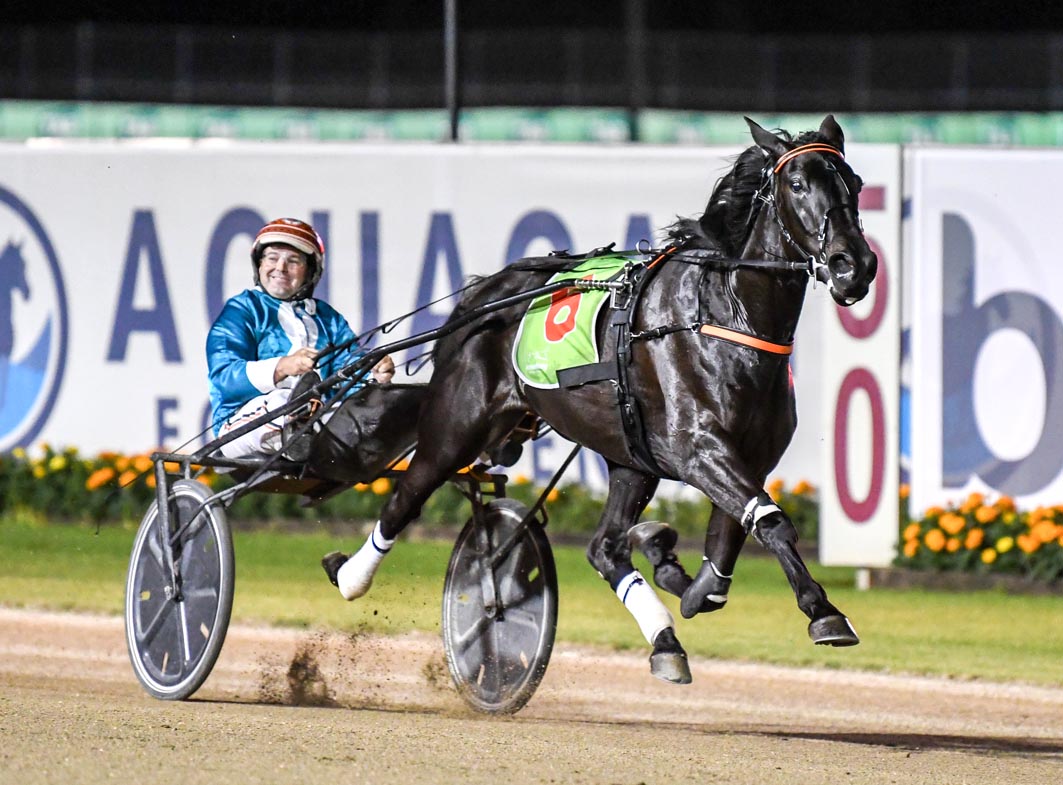 Sent across the Tasman following her win in Gore on January 13, Funky Monkey has won her four Aussie starts by an average of 11-and-a-half metres for leading horsewoman KerryAnn Morris.

Pleased with the trotter’s progress, Morris is quietly confident Funky Monkey can continue her transition through the grades.

“She’s a pretty nice mare,” Morris said. “So far she has done everything we have asked of her reasonably easy.

“She is still lightly-assessed, but her times suggest she can keep going a fair way before she is done.

“There is a bit of water to go under the bridge before she gets to tougher company and then we’ll see how she handles that.”

With Morris’ husband Robbie holding the reins, Funky Monkey led throughout from barrier three to complete a 14-metre win from Gimondi, with Fox Trot Hill a metre-and-a-half away third.

The daughter of Monkey Bones covered the mile in 1:56.6.

“That was another good run from her,” Morris said. “Once she got to the front and was allowed to run along as she pleased she was always going to be hard to run down.”

To be given “a few light days” Funky Monkey will then be aimed at the $20,400 Foundation Final at Club Menangle on April 10.

“She won’t go around now until the Final in 10 days,” Morris said. “We haven’t looked past that with her at this stage, so we’ll see how she goes in that before making any other plans.”