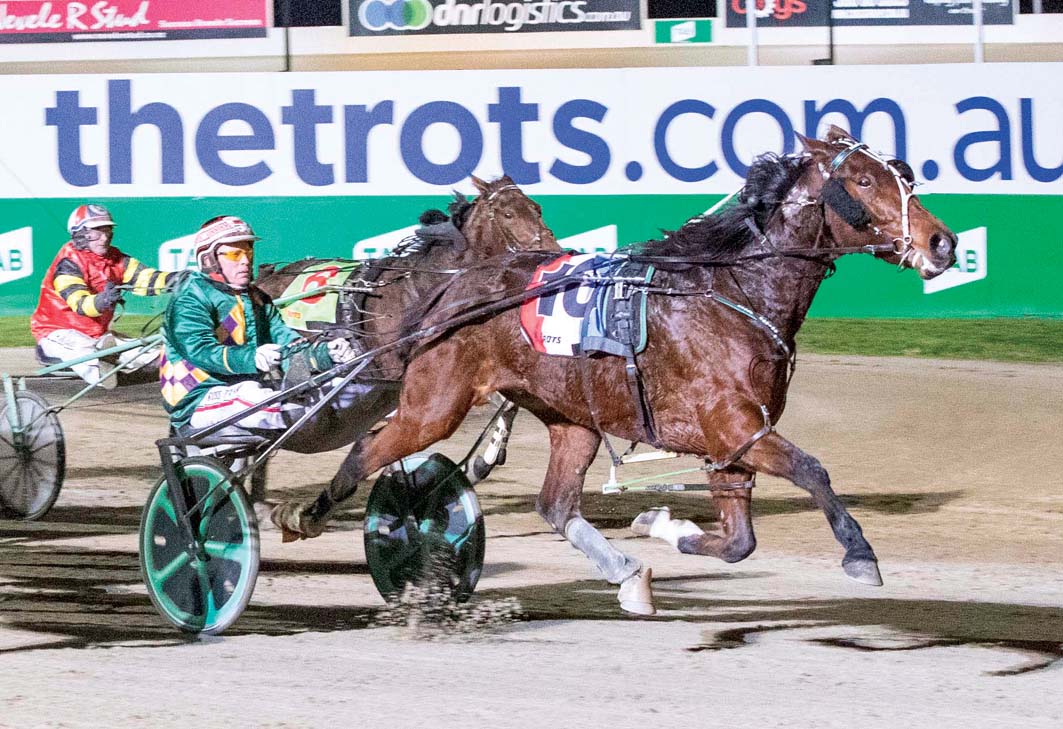 Mass to cause Cup destruction

CLASSY squaregaiter Mass Destruction is predicted to have little difficulty adding another cup to his record despite the addition of a handicap. Successful in...

CLASSY squaregaiter Mass Destruction is predicted to have little difficulty adding another cup to his record despite the addition of a handicap.

Successful in the Swan Hill Trotters’ Cup a fortnight ago, Mass Destruction led throughout from the front row with premier reinsman Chris Alford in the cart.

In St Arnaud’s flagship event on Sunday the son of Muscle Mass has been moved back to the 10-metre mark.

Despite the extra distance trainer Brent Lilley is confident Mass Destruction can capture the provincial feature.

“He is in great condition and is ready to run another big race,” Lilley said. “Although he’s back 10 metres I can’t see it proving too much of an obstacle.

“Even the small track at St Arnaud shouldn’t be a problem for him.

“I think it is fair to say he is the one to beat.”

A member of the ever-dangerous Andy Gath stable, War Spirit will begin from Mass Destruction’s outside.

“Kyvalley Finn went well at its last start and if it runs up to that form he will be in the finish,” Lilley said.

“War Spirit was solid when first-up from a break and is bound to be better this time around.”