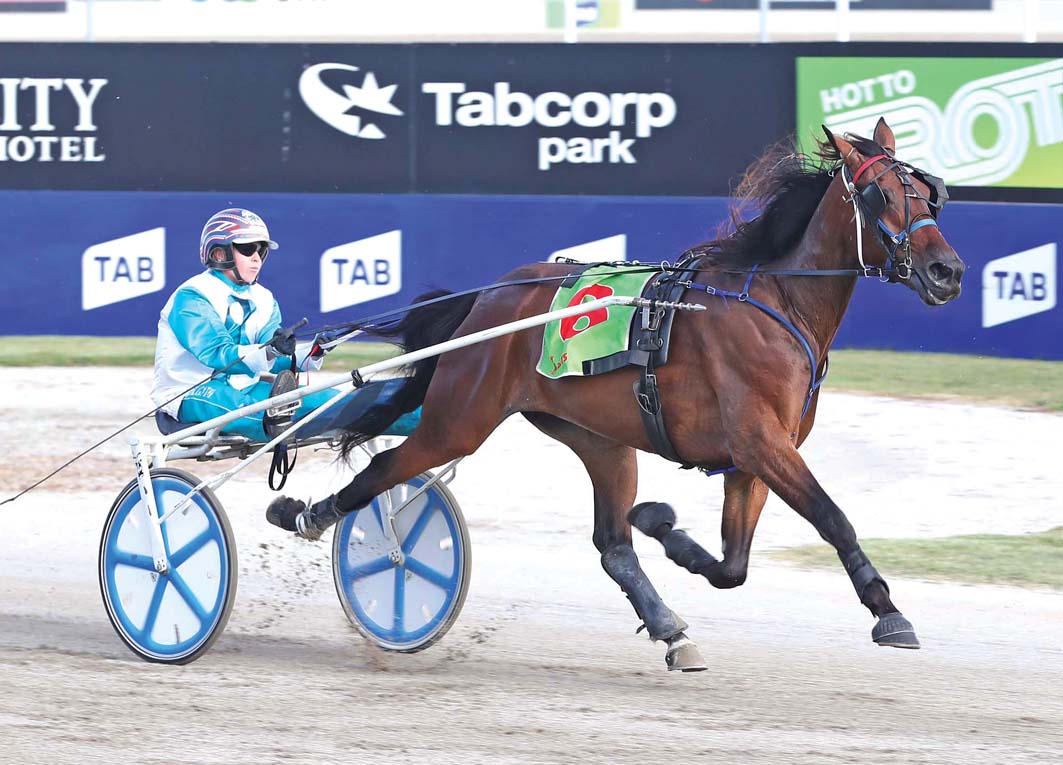 TAKE a bow Australasia’s leading ladies. In a space of a roughly eight hours yesterday, the industry’s reinswomen not only notched a marvellous 24...

In a space of a roughly eight hours yesterday, the industry’s reinswomen not only notched a marvellous 24 wins, they passed the double century within 30 days!

Between February 1 and March 11, which doubles as Australian Reinswomen Championship night in Tasmania, each reinswoman is sporting a pair of special teal racing pants to raise awareness and valuable funds for ANZGOG – Australia New Zealand Gynaecological Oncology Group.

Money is donated by the various state governing bodies, certain racing clubs, and betting agencies for each win the women complete

Since Queenslander Isobel Ross’ triumph on February 1 – in just the second race of the day – the teal pants squad have registered an amazing 209 wins.

As for their Friday haul, the Teal Pants Team won seemingly at will, especially South Australian Dani Hill, who captured six of the seven races at Port Pirie.

If you’re wondering what happened in the seventh, Ken Rogers has already apologised for being a villain with his winning drive!

Driving in sensational form, Hill has won an incredible 22 races as part of the fundraiser.

During last season’s teal charity period Hill led the nation with 32 wins and is well clear again this term.

New South Wales’ premier driver Lauren Tritton chimed in with a quartet at Tabcorp Park Menangle, while Sam Ottley has been shining in New Zealand.

Ottley landed a treble at Addington last night, which also saw her reach a personal milestone of 300 wins.

In Victoria, Kate Gath has been leading the way with 11 wins, including Reils at Tabcorp Park Melton.

One of the campaign’s ambassadors, Gath’s victory is noted as being the 200th for the squad.

“Any win for such tremendous cause is fantastic, but to get the 200th is fabulous,” Gath said. “It is such a privilege to be a part of it.

“I couldn’t think of a better cause to be involved with.”

Having faith in her team mates, Gath is quietly confident the tally can reach 300 before next week’s finale.

“Never say never,” Gath declared. “Especially with the talented and determined bunch of ladies we have in the team.

“A lot can happen in eight days, as last night proved, so we’ll be giving it a big go.

“The final night of the campaign is the Australian Reinswomen Championship night in Tasmania, so we know we’ll at least get eight or so wins there depending on how many races they put on.”

Another Group One for star filly
Purple patch spans width of the nation
This was no ‘battle’ for Hastings
Will Australia be a happy hunting ground for Kiwi?
About author