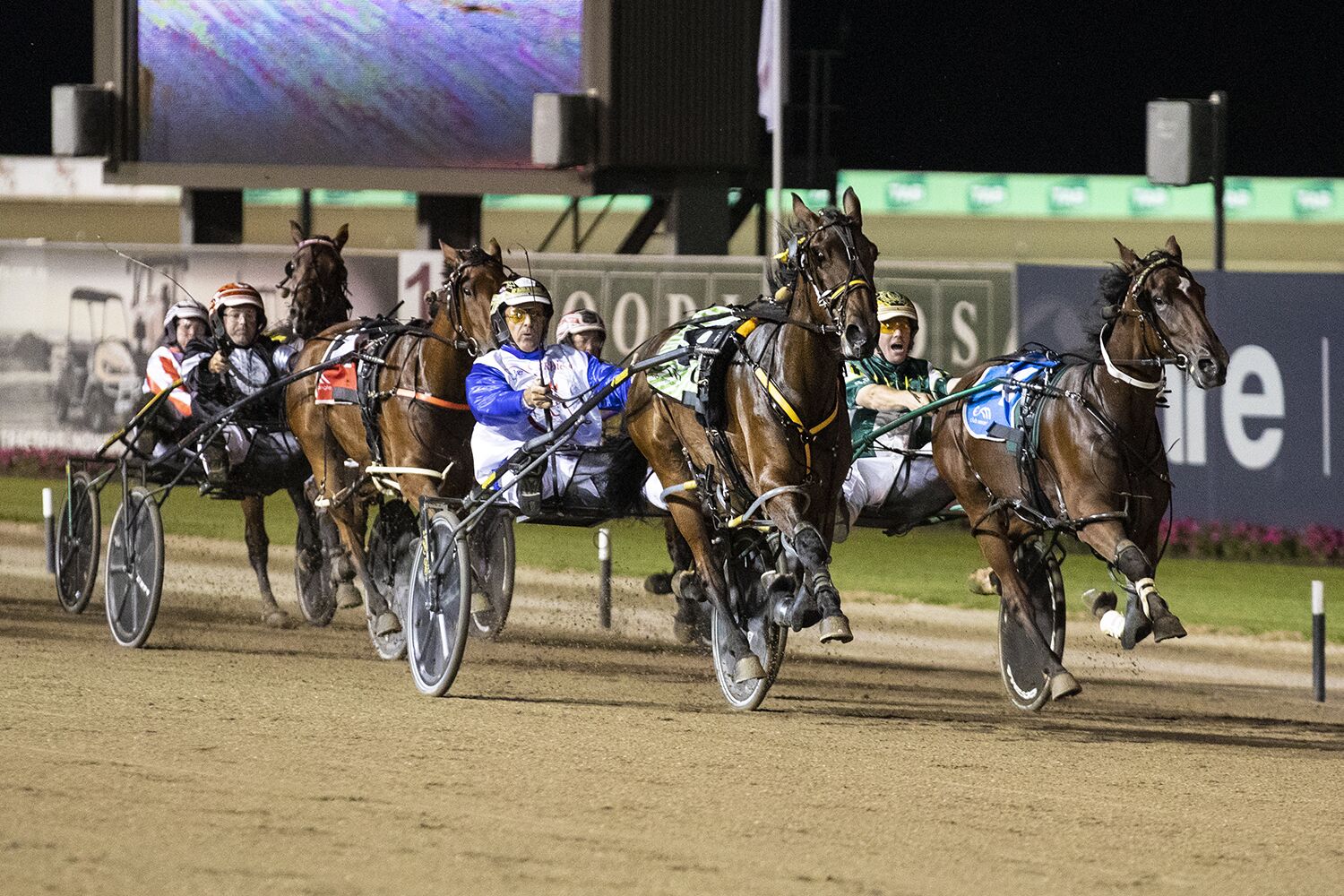 ONE TO WATCH: Girl From Oz (Darren McCall).

Darren McCall1 Girl From Oz2
MENANGLE’S Darren McCall is one of many Sydney-based trainers who enjoy an opportunity to get out of the city to race their horses. There...

MENANGLE’S Darren McCall is one of many Sydney-based trainers who enjoy an opportunity to get out of the city to race their horses.

There is no doubt that the vision shown by Harness Racing New South Wales to develop modern racing precincts in regional areas is proving attractive for trainers to venture out to the bush, especially for the feature races that are held around the state.

McCall gained a lifetime of experience when he spent time training and driving in the US before settling back into life in Sydney, where he was born and raised.

Since returning, McCall has built a good reputation with owners, who have provided him with some very well-bred stock.

One pacer that McCall has a soft spot for is Girl From Oz, who has won two races from just 10 starts.

After showing star qualities when she was trialling at Menangle earlier this year, Girl From Oz made her debut and finished third before backing that up with wins at Menangle and Bathurst, the latter being in a heat of the Gold Tiara.

She started favourite in the Tiara final and was far from disgraced when finishing fourth.

“Her run in the Group 1 final was superb,” said McCall.

“She went really fast on the clock herself and in any other year her times would have won her the final.

“The two-year-old crop, both in the girls and boys this year is unreal.

“The breeding is getting better and these young horses are simply getting faster and stronger.”

McCall heads to Newcastle tonight with Girl From Oz, who has drawn barrier four against a talented field of state-bred fillies in a heat of Breeders Challenge Regional series.

“I think I have to go forward tonight and try and control the pace in front,” said McCall.

“If I can do that, and she gives her best, she should be able to bounce back into the winner’s circle.”

McCall has travelling companion, Three Kisses engaged in Race 3 tonight, the mare being the winner of nine races.

“She went to the line hard-held on Monday, so I am backing her up quickly,” he said.

“She is fast off the arm so I will use that speed to go forward and hopefully take bad luck out of the equation.”

Bonnet a perfect fit for Girl From Oz
About author