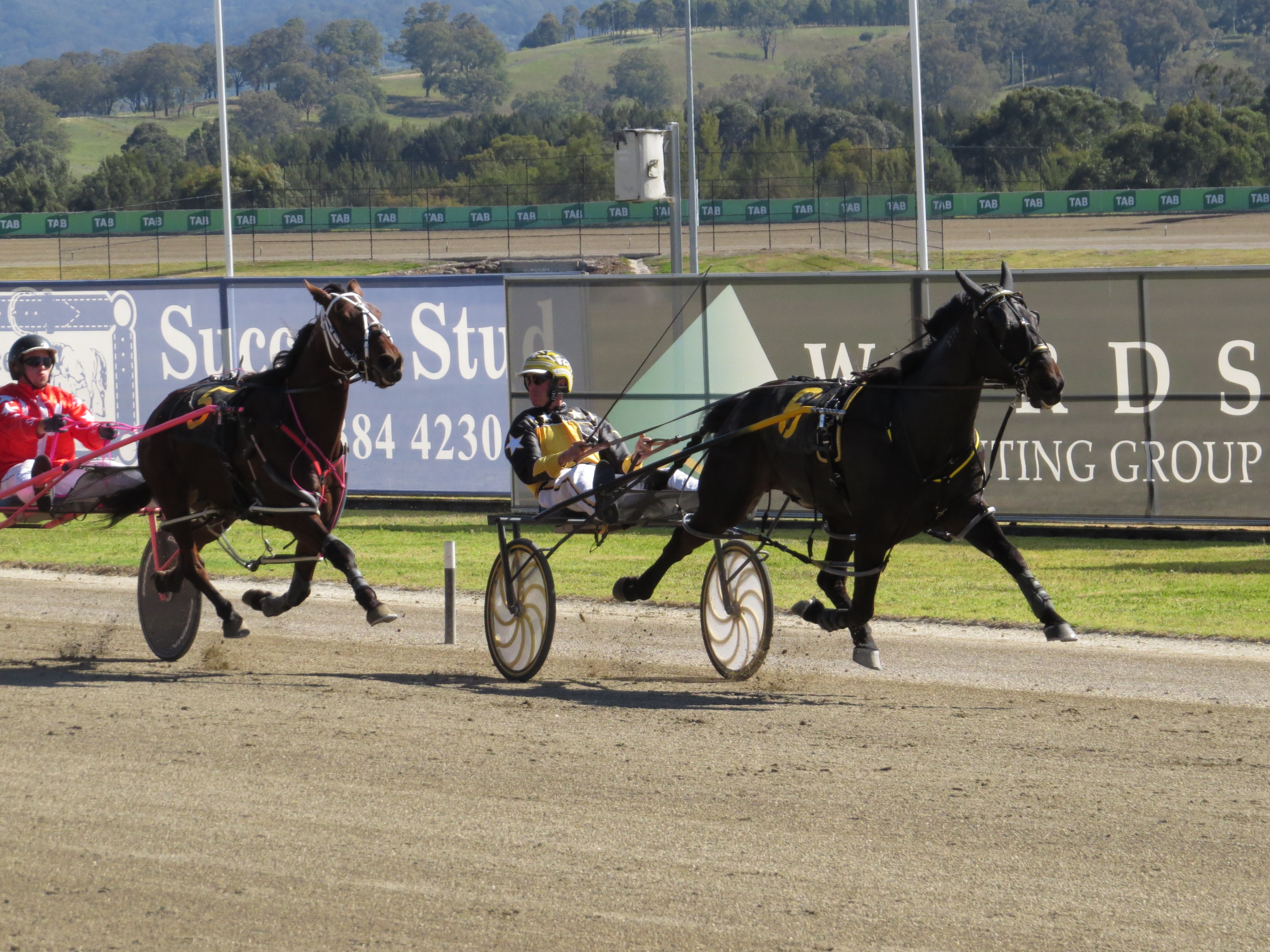 McCall in the mix with five genuine hopes

Menangle204 Tuesday2
CONSISTENT Menangle Park trainer Darren McCall should add to an impressive strike-rate with some genuine chances when he points his team towards his home...

CONSISTENT Menangle Park trainer Darren McCall should add to an impressive strike-rate with some genuine chances when he points his team towards his home track today.

McCall has become one of the mainstays at the Menangle Training Centre, about 200m from the Menangle track and will have five starters at this afternoon’s nine-race card.

And further good news for his followers is stable star Bettor Bet Black was bucking his brand off on Sunday after his first-up unplaced run behind the impressive Tiger Tara at the premier track on Saturday night.

“We were very happy with him . . . for an older horse having his first run back, they ran a really quick time the other night and another race or two should seem him right up there again, I hope,” said the former Queensland horseman.

“Yes, he should be suited by the new handicap system because this horse has been racing against the free-for-allers for about five years now.

“There have been a lot of horses come and go in his time yet he still manages to go out there and be competitive in most of his races.”

McCall said there were no big stars in his team but most had had pretty good seasons and done a good job.

“All of them are competitive horse here which isn’t too bad and the old horse [Bettor Bet Black] did win a group race so that’s pretty good,” he said.

“Five Star Trump has pretty ordinary form in Queensland but he trialled well and is having his first start for us,” McCall said.

“Trikala has not been racing as consistently as we’d like him to but when he puts it all together he can race pretty well.

“Bluecolla Moon has been racing in weaker company at Penrith in the claimers and performing pretty well while Franco Novak’s form is probably a bit better than it looks on paper.”

McCall said he felt Rocknroll Music would appreciate drawing the pole for this afternoon’s race.

“He had a tough trip last week and raced really well but drawing the inside should really suit him here,” he said.

Meanwhile up and coming young driver Ellen Rixon has capped a breakthrough season by being named the official ambassador for the NSW Standardbred Owners Association.

Rixon, the daughter of accomplished drivers Peter and Cindy, has been having some great battles with her little brother Will Rixon around the Sydney circuits in recent weeks.

But after winning the 2017 Rising Stars Series for young drivers earlier this month, Ellen has shown she is prepared to take on more responsibilities, including giving harness racing a publicity push where its needed.

Mick Ko’cass brings us the Late Mail for Men...
Late Mail with five specials for Menangle
An in-depth guide to backing a winner at Menangle ...
Mike Ko’cass’s in-depth analysis of Me...
About author