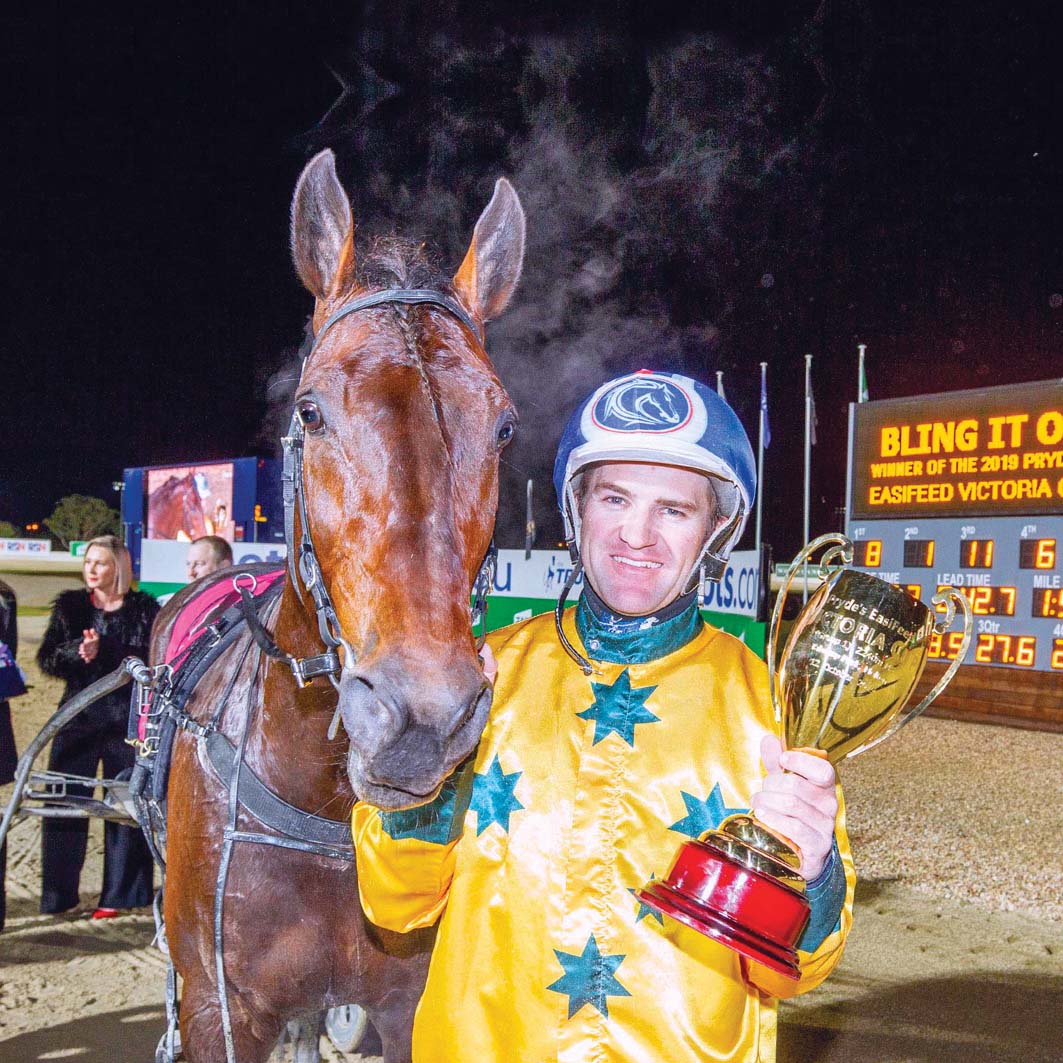 Securing the feature with comeback hero Bling It On, McCarthy turned his attention to Gavin Lang during the midst of his celebrations.

Widely-regarded as the finest reinsman produced in the southern hemisphere, Lang is battling illness which has the champion hospitalised and unable to accept visitors.

As part of his well wishes McCarthy and each driver in the Grand Circuit event wore ‘Gavin Lang’ styled helmets – a gesture organised by prominent breeder Shannon Nixon.

“It is terrible news with Gavin being so sick,” McCarthy said. “We are all sending our wishes to him for a speedy recovery. 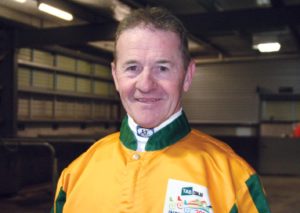 “Gavin is a champion of his craft and it would be good to see him back out there doing what he does best.

“It was an honour to wear his helmet colours tonight and all the drivers were thrilled to be a part of it.”

Drawn the inside of the second row, Bling It On was settled two-back along the pegs as his stablemate, Cash N Flow, led from gate two.

Angled away from the inside leaving the back stretch, Bling It On dashed to the lead at the top of the home straight before scoring by two-and-a-half metres from Colt Thirty One, which trailed the pacemaker from the pole.

After travelling three-back along the pegs Cruz Bromac was two-and-a-half metres away third.

“He’s just a marvellous horse,” McCarthy said. “He won a Breeders’ Crown here at two and has now won the Victoria Cup at nine.

“With the run he got he was always going to finish it off hard it was just a matter of getting a clear run with him.

“Once he was out in the open he just got down to the job.”

Prepared by New South Wales horseman Craig Cross, Bling It On rated 1:51.5 for the 2240-metre trip, slashing nine-tenths of a second off Lennytheshark’s track record.

“He’s just such a professional,” Cross said. “He was collected from as a stallion yesterday morning, travelled down here and won the Victoria Cup all in his stride.

“He’ll go home tomorrow and have a few days off now, including being collected from again on Monday.”