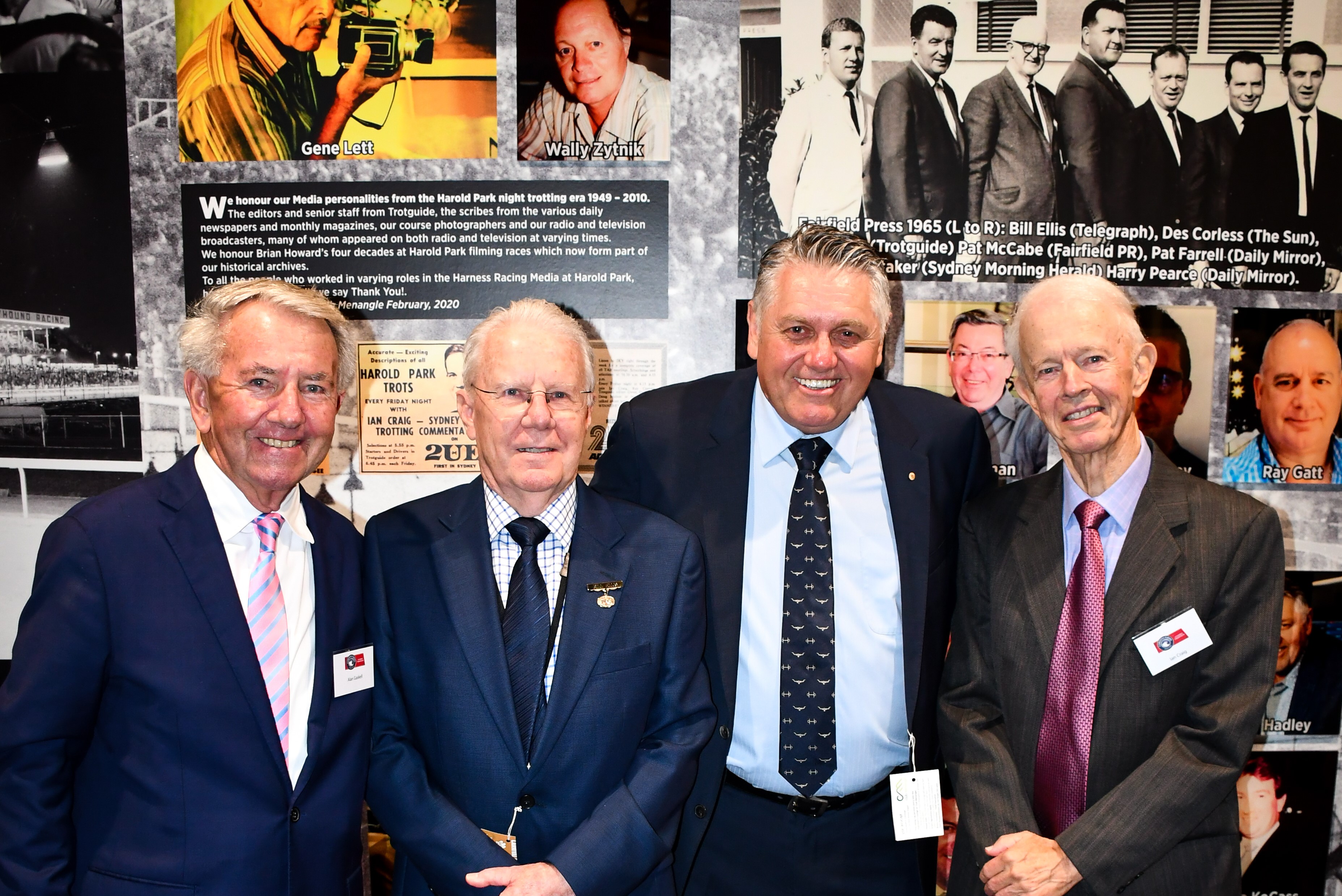 Alan Gaskell, Bill Ellis, Ray Hadley and Ian Craig were there to inspect the new Media Wall at Menangle

Media get their moment in the spotlight

Media Wall1 Menangle215
IT’S the only place in the world – as far as we know – where a racing venue has paid such a tribute to...

IT’S the only place in the world – as far as we know – where a racing venue has paid such a tribute to the men and women who have reported on it over a long period of time.

A Media Wall was officially opened at Tabcorp Park Menangle on Saturday night, witnessed by a plethora of the people who have helped put this sport on the map during the past 71 years.

It’s a sport that former media mogul Kerry Packer once described as the most colourful of the racing codes.

And some of the people who reported, commentated and photographed it were just as colourful as many of the characters that have made harness racing so special for so long.

Many of them were there on Saturday to see the official opening of the ‘wall’ by Club Menangle president Robert Marshall.

Put together by Club Menangle historian Peter Collier, the wall dates back to the Harold Park night trotting era from 1949-2010 right through to today’s on-line version which still keeps harness racing followers up to date with all the news and happenings in the sport.

Founding editor of National Trotguide Bill Eacott and one-time managing director Bruce Leveson are among those with special places on the wall.

There was also special appreciation to Gene Lett’s four decades of images from his lens of Harold Park races, the people and events which are part of our historical archives.

Of course, Gene’s son, Chips Lett now days plays that role that has been in the Lett family for more than 70 years.

According to Marshall, this ‘Harness Racing Media Wall’ is unique.

“It is one of a kind and nowhere else in the world are all the media honoured in a permanent display,” he said.

The wall has been years of painstaking research by Collier and has been expertly-designed and built by Trevor and Sue Robinson and George and Chad from Strictly Limited Memorabilia.

The wall takes pride of place alongside such other museum highlights as the Women in Harness display, the indigenous drivers’ J. C. Caffyn Plate wall as well as the National Fallen Drivers display, which is a tribute to the 44 drivers that have lost their lives from race/trackwork accidents.

All these have been a massive hit for visitors and harness fans since Club Menangle made the momentous decision to sell Harold Park and move lock, stock and barrel to their Menangle Park site, which now sits comfortably as the home of Sydney harness racing.