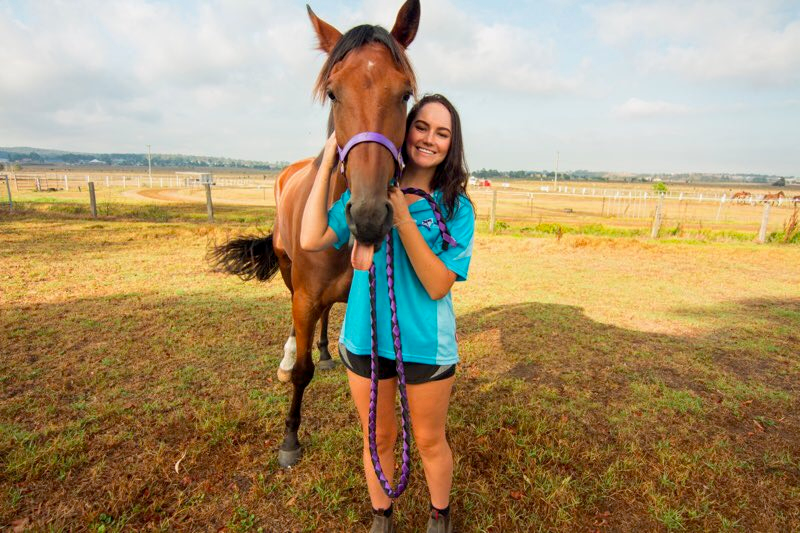 REMEMBER the name Melanie Elder – because you’ll be hearing more of her. Melanie Elder is a young 23-year-old Maitland trainer who is starting...

REMEMBER the name Melanie Elder – because you’ll be hearing more of her.

Melanie Elder is a young 23-year-old Maitland trainer who is starting to make her mark in the training ranks – and in a very short time.

The surname Elder is a name which has been in harness racing for many years in the Hunter Valley and Melanie is carving out a niche of her own.

Parents Darren and Nicole Elder have been her backstop, as has her grandfather Brian Elder and she will never be short of a driver with younger brother Brad.

“I am a little bit biased – my brother is my favourite driver,” Elder said.

Brad Elder is enjoying his fair share of the wins including driving two Group Three winners but there is no sibling rivalry here. 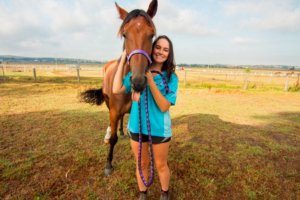 “We are all pretty supportive of each other,” Melanie said.

Elder worked her way through the mini trot ranks before deciding to turn her hand to the training of the pacer.

“My first horse was Pagan Love and I helped Dad out with her while I was still at school,” Elder said.

“The passion for the training has always been there – and I like the driving side of things as well.”

Last July Elder headed to the US where she worked in the stables of Jenny Molander and Lou Pena.

“I did a stint over in America for a couple of months and came home in October last year,” Elder said.

“I learned a lot over in America in the time I was there – it boosted my confidence and I think I will go back over again for a while – there is so much to learn.”

“That was a huge thrill and it was good to get a winner for outside owners,” Elder said.

Ashark was the next winner to continue Elder’s rise as a trainer with a win at Newcastle in February.

“Ashark is the first foal out of Pagan Love – that was a really special win to watch as I was in America when he had his first wins,” Elder said.

Lucy McCool then produced Elder’s latest win by scoring at Bankstown earlier this week when leading throughout with Brad in the cart.

The six-year-old daughter of Miles McCool was resuming for a spell and a welcome addition to the Elder’s stables after previously racing in Victoria – and is now owned by her mother .

“That was a good win – she was purchased out of Victoria about two months ago,” Elder said.

“She tries her heart out in trackwork so I thought I would take her to Bankstown for her first start.”