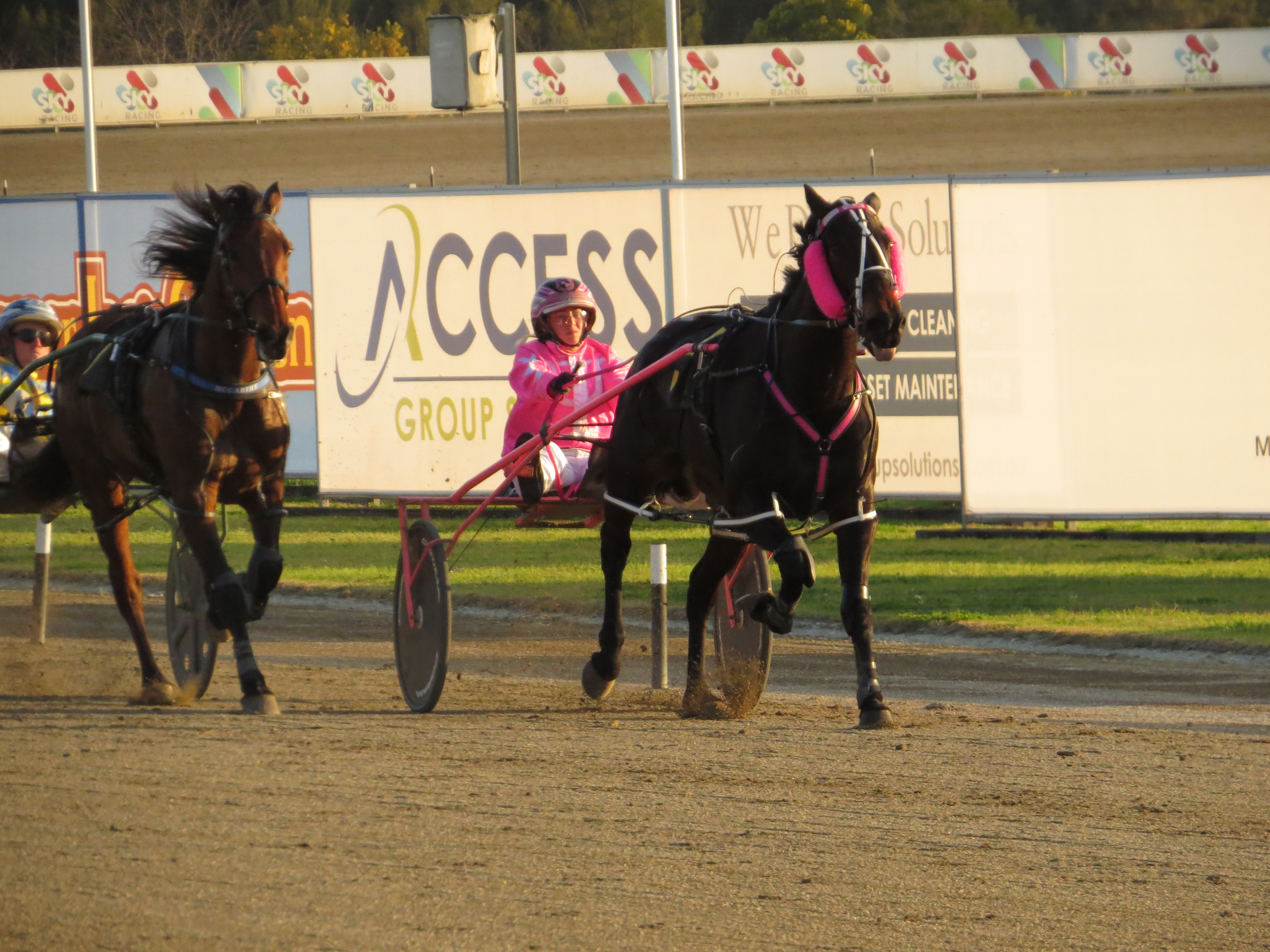 SHE is the fastest roan pacing mare in Australia but will that be enough for My Rona Gold to win tonight’s Group Three feature...

SHE is the fastest roan pacing mare in Australia but will that be enough for My Rona Gold to win tonight’s Group Three feature at Tabcorp Park Menangle? 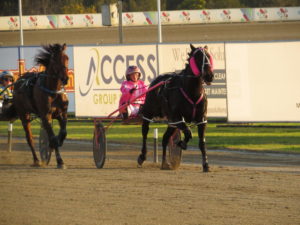 SECOND-FASTEST MARE: Arms Of An Angel, who finished third in our greatest races, is gearing up for a return to the racetrack for Shane and Lauren Tritton.

The Shane and Lauren Tritton prepared five-year-old is ranked as the equal $5 second favourite with TAB Fixed Odds for the Harness Breeders Go Girlfriend Series Final.
But her barrier draw of 12 is her connections’ only concern.
“My Rona Gold is spot-on . . . we just need a little luck from the draw,” Shane Tritton said.
My Rona Gold also drew the second row in her heat last week at Penrith where she finished second-placed to Neon Sky after working outside the leader.
The start prior My Rona Gold won at Menangle rating a personal best 1:52.4, giving her the title as Australia’s fastest roan pacing mare.
And the Trittons are no strangers to training fast mares.
Team Tritton train the second fastest mare to ever grace a harness racing track in Australia, that being Miracle Mile placegetter Arms Of An Angel.
Being only the second mare in Australasia to break the magical 1:50 mile rate barrier as well, Arms Of An Angel has won multiple races in sub 1:51 mile rates.
The daughter of Elsu just began fast work this week having been sidelined due to injury since last December.
“We’re very excited to get her moving again,” Shane said.
Last season Arms Of An Angel went from racing in the C0 grade to finishing third-placed in both the Chariots Of Fire and Miracle Mile.
Yet even though My Rona Gold has not quite risen to success as quickly as her stablemate, the daughter of Klondike Kid has only finished unplaced on one occasion since racing in Australia.
That was in the Group 2 Carousel Final to her other stablemate Anything For Love.
My Rona Gold is owned by Shane Tritton as well as Jenny Turnbull, who also has shares in Tact Rousey, Miss Vera Mac and Neon Sky which are also engaged in tonight’s feature.
All trained by Turnbull’s daughter Amanda who trains four horses in tonight’s race, Tact Rousey and Miss Vera Mac are equal favourites at $3.20.
Both mares won their respective heats – Tact Rousey clocked 1:55.3 to win her qualifier at Bathurst which was also her first start in Australia while Miss Vera Mac also won her Australian debut in a heat of this race where she rated 1:59 at Penrith.