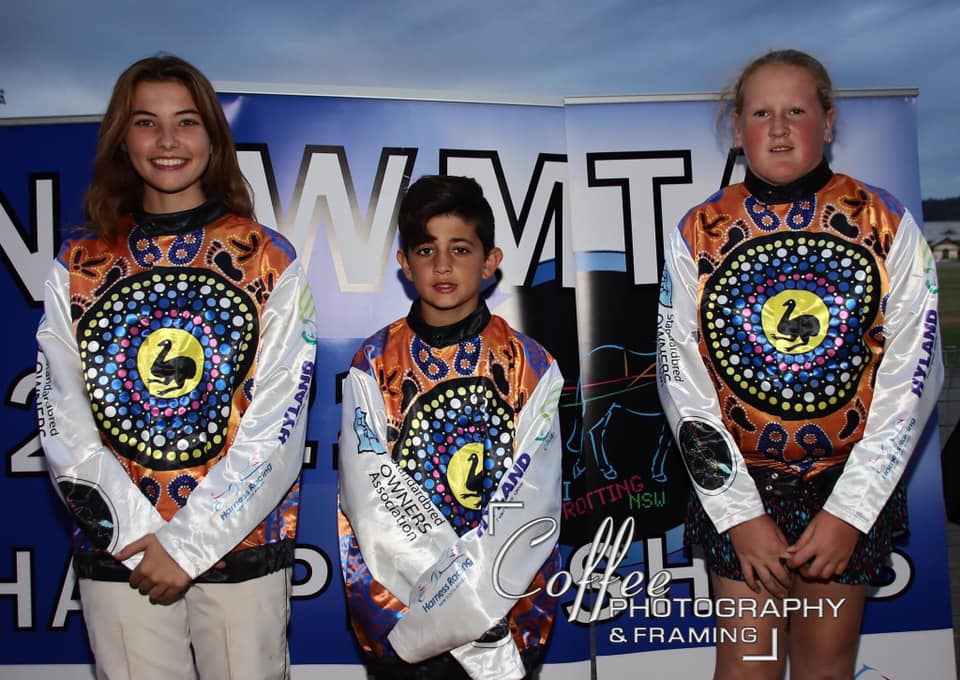 WINNERS ARE GRINNERS: The colours almost stole the show at the Mini Trot Championships last weekend

Mini trotters a feature of Easter

Mini trots1
SURE, the Queenslanders may have been missing, with COVID restrictions keeping them away from one of the biggest weekends of the year for the...

SURE, the Queenslanders may have been missing, with COVID restrictions keeping them away from one of the biggest weekends of the year for the mini trotters.

Yet the 2021 NSW Mini Trotting Championships, traditionally run on the Easter Long Weekend, were still labelled a huge success for the young drivers who will be the future of harness racing.

In the absence of the annual State of Origin event, organisers decided to hold a club challenge with one representative from each affiliated club competing for the Mumamia Mia/Smokey Bear Memorial Shield.

Not disgraced was the Menangle club with Mia Haslam steering Firestorm into second spot while Newcastle-Maitland finished third, thanks to the efforts of

A race for the retiring drivers saw Bryson Grima on The Dark Horse defeat Jack Chapple on Teddy’s On A Mission by a narrow margin.

The Garrards Horse and Hound sponsored Pony Division was won by Lumberjack Willie for Mia McMillan, who finished in front of Mr Fantangle (Tanner Brown) and Red Corvette (Harrison Wiggins).

The Rebecca Rutland Memorial Champion of Championship was taken out by the bold-striding grey Lumberjack Willie for Mia McMillan.

The NSW Mini Trot Sunday Championships was action packed with some outstanding efforts.

The Pony Final saw a win for Bob On The Run (George Lee) over Cariadus I Speed (Harry McNamara) and Cruiser (Rowan Wiggins ).